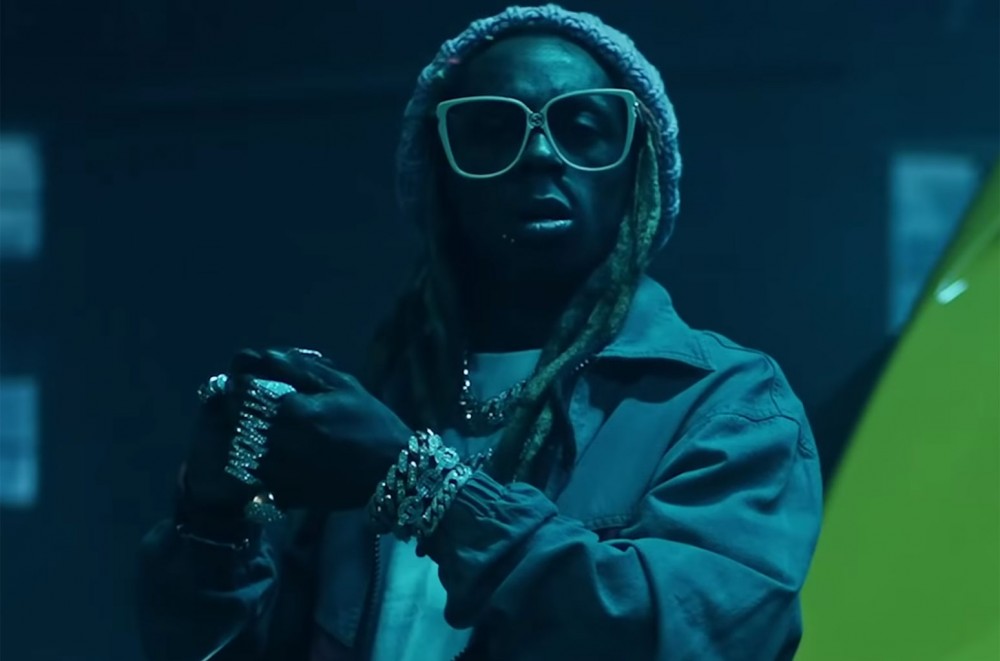 Travis Barker celebrated the launch of his DTA Records label back in December with the release of "Gimme Brain," featuring longtime rap friends Rick Ross and Lil Wayne. The Blink-182 drummer made his return Thursday (Jan. 30) with an Andrew Sandler-directed visual for the fiery single from the renowned trio.

Barker takes us to a barren warehouse, where he's banging away at the drums with fluorescent lights flickering all around him. Wayne steps in with a Styrofoam cup in hand to deliver his assist, while pugnacious UFC fighter Nate Diaz makes a cameo ready to brawl with anyone in his way.

Rozay invades the set with a highlighter-bright jacket, the same shade as the 2015 LaFerrari next to him, which is valued at a cool $3 million. Trippie Redd also shows up for a guest appearance before the effervescent flick comes to an end.

This is only the start of what's slated to be a major week for Weezy, who will release his heavily anticipated Funeral album at midnight.