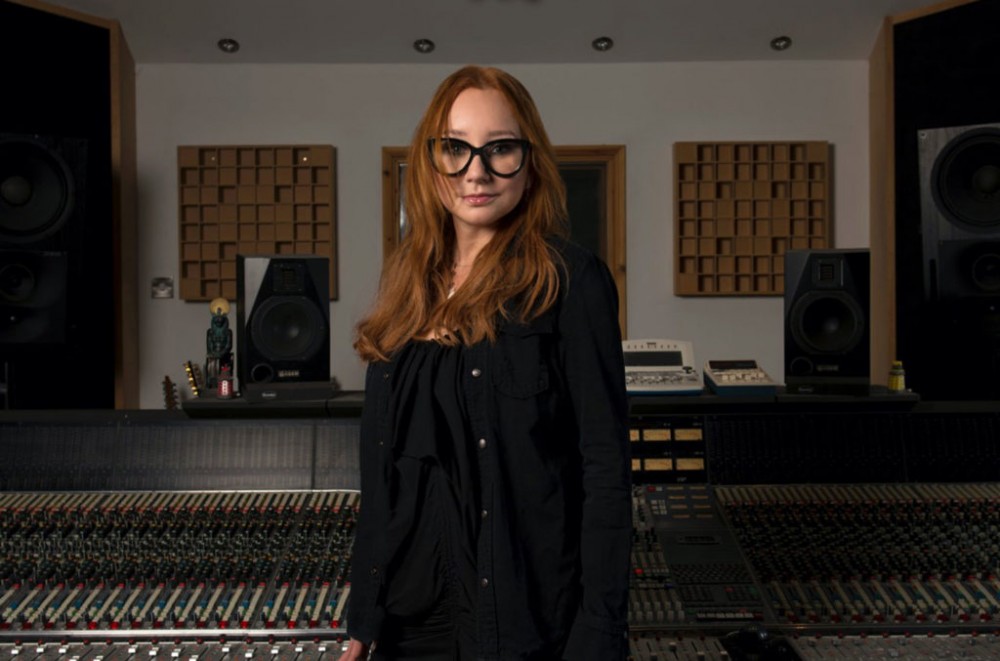 Her new book, which advocates for creativity during crisis, arrives as America again struggles with grief and fear.

Tori Amos was the youngest student accepted to Peabody Preparatory when she was five, was asked to leave at 11 due to her love of rock and aversion to reading sheet music, and achieved a full-circle moment by giving a 2019 commencement speech at the conservatory. She has written Grammy-nominated music and composed for Broadway, films and classical orchestras. She’s maintained a regular touring schedule, bringing her daughter, Natashya Hawley, on the road with her after her birth in 2000. She’s beaten down sonic and social barriers, and done it while sporting designer spike-heeled shoes.

So sheltering at home is cake for such an accomplished artist, right? A boon of free time to create at her leisure?

“I’m grappling with the subject matter and what’s really going on because people are experiencing so many different things,” says Amos of processing what she and others are enduring because of the coronavirus pandemic. “[To] put it into a form that I think is worth listening to, it’s not just happening because we’re in the sixth week now, I think, of lockdown, so there’s just so much to do though in the day. There’s feeding four mouths; there’s making sure there’s enough food and all of that. Keeping a house going, that’s part of my day, too.”

Amos is in Cornwall, which is England’s farm country — “We see more animals than we see people out here” — with spouse Mark Hawley (her longtime sound engineer whom she fondly calls Husband), Natashya and Natashya’s boyfriend. The latter two are keeping up with their university classes at home, and Amos and Mark are tasked with getting groceries.

“We’re going to get up before the crack of dawn,” she says. “He’s going in one shop, and I’m going in the other. We live far, like 30 minutes, from any kind of proper shop, so we can only go once a week.”

Amos — whose ethereal mezzo-soprano and twinkling piano are as synonymous with her name as her flaming red hair — isn’t so starved for entertainment that she’s itching to go on a bread-and-milk run. But she is making music in her studio, Martian Engineering, where she has recorded the majority of her music since 1998’s From the Choirgirl Hotel. And like she has since her 1992 solo debut, Little Earthquakes, she’s pouring her experience into songs.

“I’m writing right now toward the crisis and trying to write my way out of it by being honest about feelings that I’m hearing, the situations that people are going through,” she explains.

Like millions of others, friends of hers are living with relatives in close quarters. “Some of them are experiencing [that] they love each other but [are] not sure if they really like each other very much,” she says, laughing. Then Amos adds with another chuckle, “As Husband [joked] to me, ‘Anybody who says this is a Buddhist retreat, they can switch places with me and sleep with my wife.’ ”

But Mark is being kept occupied with helping sort the logistics for the handful of live Q&As Amos has done from the studio this month, while autographing copies of her new memoir Resistance: A Songwriter’s Story of Hope, Change and Courage (Simon & Schuster, May 5). The virtual “book tour” replaced the one she was set to do before physical meet-and-greets became impossible.

“I always sign my own,” she says of her memorabilia. “I’m signing a few thousand, so I can’t do [all of] that on camera. But I’ll do a few so that you can see that I’m doing it.”

Join Tori TODAY for a Virtual Q&A in London about her new book Resistance at 1:30 EDT with @EricaWgnr at the @howtoacademy . For more information and tickets visit: https://t.co/SC8pWNdBhs

In Resistance, Amos examines the political upheavals and machinations she has witnessed in her 56 years, starting when she began playing Washington, D.C., piano bars at 13. From the 1979 Iran hostage crisis to the 2016 presidential election, she draws the common thread between how those in power manipulate precarious circumstances to their benefit, causing “the loss of democracy and individual liberty at the hands of authoritarians.”

Asked if she feels democracy is under threat due to the upheaval from COVID-19, Amos replies, “Political journalists I’ve talked to during this interview process have warned me, ‘While the right hand’s dealing with the pandemic, what’s the left hand up to?’ And piano players have to know what both hands are doing for it to work — I’ve used that analogy before, but we really have to know, or it’s a train wreck. Will people go out and vote? How is this going to affect the election?”

Like Amos’ music, Resistance’s messages are multifaceted and framed within a metaphysical lens. While it functions as part memoir of her creative journey and part travelogue of the lands she has traversed, at its heart, it’s an accounting of the wisdom Amos has accumulated throughout her deeply intertwined artistic and personal lives. As she has done on collections like From the Choirgirl Hotel (where she wrestled with the aftermath of a miscarriage) and 2005’s The Beekeeper (which detailed her mother Mary’s near-fatal heart attack and the death of Amos’ brother, Michael), she examines harsh emotional traumas, like her rage and incalculable grief from Mary’s passing in 2019.

Amos also addresses anguish in the collective sense, recounting being in Manhattan on 9/11 to promote 2001’s Strange Little Girls and the hugs received from strangers during rest stops on the bus ride back to her other home in Florida. The nation is grieving again, but for different reasons.

With her sister, Dr. Marie Dobyns, specializing in geriatrics and Dobyn’s daughter-in-law training at the University of Pennsylvania in children’s diseases, Amos has “access to a viewpoint from them that is very, very different from the news,” that perspective being the United States is in for a long haul before returning to life as it was. “If you’re part of the live industry, whether it’s Broadway or the West End in England or touring, there is no end in sight that I can see at this time until there’s a vaccine,” predicts Amos. “I don’t see how our world will be able to revive the live side.”

Amos’ records have earned a collective 9 million equivalent album units, according to Nielsen Music/MRC Data, and nine of her titles have reached the top 10 of the Billboard 200, so she’s in a better position than most musicians to miss a touring cycle. But for Amos, who had intended to announce live dates that would have preceded the 2020 presidential election, being forced off the road is a harsh loss for an artist who has been playing piano since she was 2.

“I’ve been mourning that. Because I have the medical hotline, there is the brutality of truth from that camp that just kind of says, ‘You’re dreamin’, sunshine, if you think [touring] going to happen,’ ” she says with another laugh.

It’s not just missing the communion with an audience while she’s onstage: It’s also the interactions she has with fans at meet-and-greets. While they converse, “they want to tell me something or they want to ask something because they’re working something out. They’ve got a puzzle going on in their mind, and they’re mining me. So they’re excavating something, and I’m fine with that.”

The partnership is reciprocal. Amos has long planned setlists around discussions she has with listeners, and their stories are integral to her songwriting, for she continuously gathers information from multiple sources that eventually becomes songs.
“An audience is your intel if you utilize them…Why wouldn’t you tap that resource and make it collaborative if you’re willing to do it? My goodness, that’s your gold! That’s a writer’s gold, right there,” she advises. “And they know that I get inspired by them, and I absolutely do because people sometimes don’t necessarily value how relevant their stories are because they’re not always looking for ‘Here we are at the crossroads, and where’s the alignment with what’s happening in our world?’ That’s the job of the writer to go, ‘There it is. That’s where it aligns.’ ”

Her analysis points to what she hopes that people will draw from Resistance: that artists have an important place during a crisis.