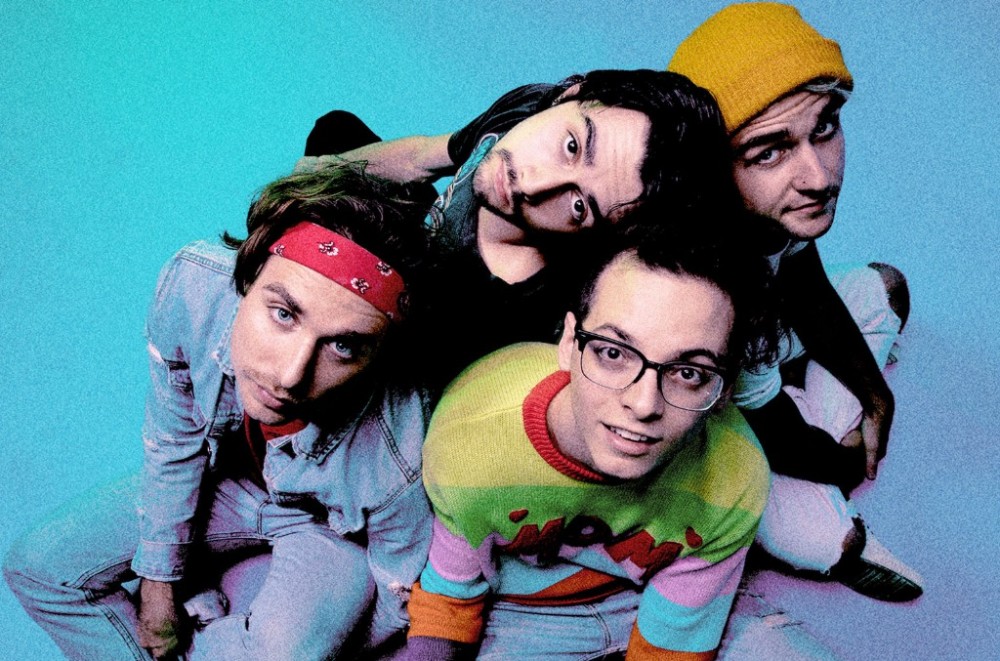 Nearly four years after The Wrecks made their debut with the uproarious single “Favorite Liar,” the alt-rockers are finally giving fans the album they’ve been waiting for: The eight-track LP, Infinitely Ordinary, arrived Friday (May 1) via Big Noise.

“We’ve been talking about releasing this album for so long that I think I’m ready for the songs to do the talking now,” singer Nick Anderson said in a press release. But if you’re curious about how the songs came together, you’re in luck: Anderson gives Billboard a track-by-track rundown below.

The frontman served as a co-producer on Infinitely Ordinary, so Anderson has plenty of behind-the-scenes tidbits to share from the making of the album. He reveals the tune that served as the launching pad for the entire album; the track that wasn’t initially intended for the project (plus one that came along after the album was technically finished); and the song that he can’t help admitting is his favorite.

As Anderson and his Wrecks bandmates — bassist Aaron Kelley, guitarist Nick “Schmizz” Schmidt and drummer Billy Nally — celebrate their long-awaited release, listen to Infinitely Ordinary and check out the singer’s album breakdown below.

This song was the catalyst for the entire album. It was the first time that all of the influences Schmizz and I were referencing for this record finally came together. We’d toss around names like Cake, Beck, Grouplove, etc., but we were struggling to find a song that felt true to those inspirations.

“Freaking Out” is an ode to psychedelics — the treacherous paranoia, the brilliant enigmas, and the joyous revelations. It’s also a song for anyone who needs to tell themselves that they’re doing just fine throughout a very stressful situation.

I pulled up to the studio in Hume, New York — where we were writing all of summer 2018 — and before I got out of the van, I watched an Instagram ad for some clothing brand, and the song in the background caught my ear. It was “Bizarre Love Triangle” by New Order — a song that only previously graced me in movies, or in line at CVS.

I listened to it a few times over and started laying down a track in Pro Tools. With a syncopated beat, a simple bass line, and a disruptive verbed-out rhythm guitar, I knew exactly what I needed to write about. My emotions were running so high that I refused to even write any lyrics down or start pondering melodies. I grabbed the mic, hit record, and let whatever my body so desperately needed to get out, come out.

The vocals that you hear on the verses of that song are the improvised melodies and lyrics that came out. I never re-recorded them. There were a few moments where I’d start singing gibberish, but I’d immediately go back, and start recording from wherever the English language was no longer recognizable. The verses were done in less than five minutes.

This is my favorite song on the album because I got to tell the story exactly how I wanted to without suffering through lyric changes for weeks. And with Ryan Spraker coming in to co-produce, we were able to take the production to the level the song deserved.

I’m pretty sure I laughed and smiled throughout the entire process of making this song. It felt so smooth and reckless at the same time. The simplicity of the verse arrangement challenged me to write lyrics that would have to be compelling from right up close, and that was my favorite part. Every time I show someone this song, after the second verse I say, “Yes, that’s the actual lyric.” Schmizz wrote the coolest descending guitar lead in the post-hook that lifts the song into an energetic rock track.

“Out of Style” puts on full display what happens when Schmizz and I absolutely click when writing a song. We always knew what it should feel and sound like; we just had to keep working until we got it there. Another shout-out to Ryan Spraker for co-producing this one as well!

I have a voice memo on my phone from the night my friend Savannah Bleu and I wrote this song. You can hear me stumbling through melodies, playing some bouncy keys, as she says, “It would be an interesting idea, like, you get to the chorus and it would be like, ‘I wish you would just f— somebody else.'”I burst into laughter and was married to the idea immediately.

After chiseling away at the chorus lyrics for a while, we had a theme that we loved, which made the verses very easy for me to write kind of on the fly. The next day, Schmizz came over and we recorded the demo. I loved the vibe we captured that day so much that we ended up just basically sending the demo to get mixed. The only change was re-tracking some out of tune rhythm guitars — I think I got a little too excited and cut some corners.

The vocals were recorded with a $120 Bluebird microphone in an echoey “studio” I had just set up at my house, but the character and tone in those takes were one-of-a-kind and I decided not to try to do an impression of myself with a better mic, but rather to send off the rough tracks instead. The production on this song is probably my roughest around the edges on this whole album, but I think it sounds lively and endearing, so I love it.

Lyrics are my favorite aspect of music. It’s what pulls me in as a listener, and what drives me as a writer. I did not write 80% of the lyrics on this song. I wrote this song with a very tall, burly, talented man from the UK named Henry Brill. Our publishing company put us in a session together, and we just decided to write whatever came out — no expectations.

We wrote this song in two hours. We spent more time talking over sushi after the session than we did writing it. As quickly as I was writing melody, he was spewing lyrics from across the room — as if penning them on my dust-stained window. I’ve never worked with a poet before. Henry is a true poet, inside and out. It was an honor to make this song with him, and it’s a shame we haven’t had the chance to do it again yet. Maybe for the next record.

Another very talented collaborator on this song is Daniel Chae of the band Run River North. This dude can pick up basically any instrument under the sun and figure it out. Lucky for me, he picked up the violin a loooong time ago. Recording real violins for the first time was a challenge for me, but I was getting chills as I felt the song come to life layer by layer. His nuances and instincts made the song build, breathe, tense-up and release over and over again.

Tomi has such a badass tone to her voice. “We All Get Lonely” started with the bassline and her second verse. It was originally the first verse, as this was initially meant to be a song for her, but she had to cut out early from the session before we tracked the chorus. So I sang it.

I loved the idea of flipping gender expectations of vocal tone for this track. Her steady, confident low timbre, with my airy, high falsetto made this song feel really special right from the start. It lived on a hard drive for half a year until I decided to open it back up as a hail-mary, last-minute song for the album. We tacked on a first verse and bridge, and I sent her the finished track out of nowhere one night. Luckily, she was all for it, and we were able to put this on the album, and feature a really talented artist.

“This Life I Have”

The structure is whack: There’s no chorus, and the lyrics sound like stream-of-consciousness college slam poetry. But I love this song. We played it live for a year-and-a-half before this album even came out. It’s the only song people would mosh to during our set, even though they’d never heard it. It was great; I got to yell and scream about my insecurities and depression to kids who weren’t listening — just like all my favorite punk/pop-punk bands growing up.

Now that it’s out, I anticipate people will be screaming along with me, and the song will breathe a whole new life. I wrote it entirely on an acoustic guitar, but I could tell by how hard I was hitting the strings that it had to be a thrashing, upbeat, lively song. We recorded it during the summer of 2018. It only took about five hours from start to finish, because the guys already knew the arrangement, and our buddy Andrew D’Angelo was able to mix it basically on the fly. It’s the kind of song you don’t overthink. Also the only song that never had a “MIX2.”

The album was finished before this song was written. The moment I finished the demo was the moment I knew that not only did I have to find room on the album for it, but I had to name the album after it. We ended up scrapping a song that we had doubts about to replace it with this one, which is such an impossible task to do.

Every moment of writing and producing this song was enjoyable, even the countless versions of the second verse that I tried. It always felt larger than life, and kept me inspired the whole way. This was the final song that I wrote, and it felt like I had found the missing piece. It also felt like the perfect way to end the album, because that’s what we want to leave listeners with when it’s over — an infinite feeling in an ordinary life.