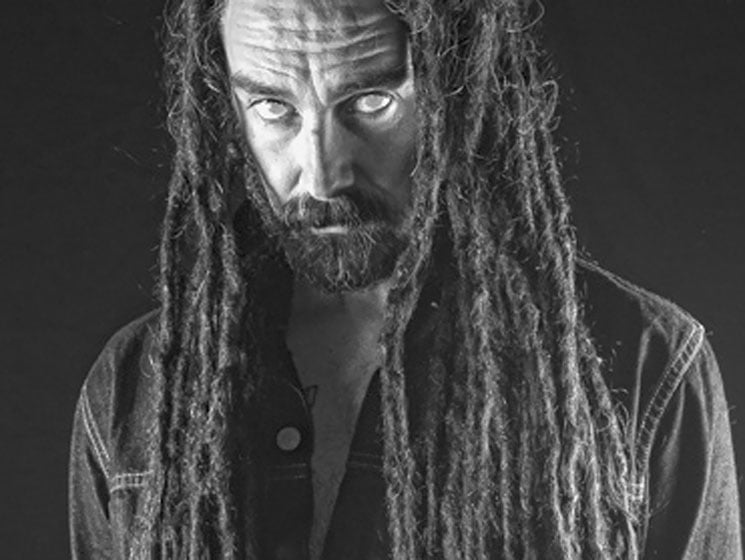 For the past 20 years or so, Jason Köhnen has been busy. Among other ventures, he has released a slew the most hardcore drum & bass and breakcore this side Venetian Snares under the name Bong-Ra, while his Gideon Kiers co-created projects the Kilimanjaro Darkjazz Ensemble and the Mount Fuji Doomjazz Corporation forged a path all their own through droning, experimental ambient and mutant jazz.

His latest effort, the Thing with Five Eyes, is set to take dark jazz into yet-uncharted territories. Yet, for all the underground success it would claim, the Kilimanjaro Darkjazz Ensemble was almost finished before it started.

“Kiers and myself started the darkjazz] projects ficially/unficially in 1998/99, and made a lot music on-and-f until the first record was released finally in 2006,” Köhnen tells Exclaim! “We’d come to a point where we had the album ready in 2001, and it took us five years to get a label, because no one was interested at all in this kind music. We decided we’ll to send it to Planet Mu because I as Bong-Ra] did the remixes for Venetian Snares in the same jazz style, and Mike Paradinas, aka μ-Zig, the label boss] liked it, so we decided to do all or nothing: if Mike wants to release it, then we’ll carry on with it, and if not, we’ll call it a day, because there’s no market for it and no one is interested. Mike replied on the deadline.”

After approximately 12 years, just as the group were beginning to get their due success, the Kilimanjaro/Mount Fuji projects passed their sell-by date. As an ensemble five to seven people, it became too difficult to maintain everyone’s projects, life goals, and visions, as well as the financial logistics a band that size. As such, they drifted apart, but Köhnen continued their heading with the Thing with Five Eyes.

“I made the first Thing with Five Eyes] EP pretty quickly after the split, because I was already composing the new album for Kilimanjaro, so part the Glory EP would have been the next Kilimanjaro release,” Köhnen explains. “I used to compose like 80 percent the music for Kilimanjaro. Expressing myself was a liberating and emotional response to the split the band, and with Five Eyes, I had the opportunity to jump into my philosophy and spirituality concerning antiquity, esoterics, the mystical, the occult, which will take a stronger part the music… What I’ve been realizing with this project is that, as a people, we are losing touch with a form spirituality, which is not enabling us to find the inner-self more, so the music is created to go inwards and find your own imaginary universe, and I want to link this more with specific existent teaching which has helped me progress as a human being and a spiritual entity.”

As January 2018, Köhnen has retired his long-running Bong-Ra project in its traditional breakcore form, now utilizing a contrastingly different doom metal style, while the Thing with Five Eyes breaks down the conventions that he helped to forge.

“With the Five Eyes, I wanted to move away from the stereotype the dark jazz sound,” Köhnen explains. “It got stuck a bit too much in this ’50s noir film, detective film stocks. There’s nothing wrong with it, but I don’t like it when the purists impose a specific look or style to something; it happened with drum & bass; it happened with death metal; it happens with every kind music scene. I was also reading more into Arabic works, listening to Arabic music, researching Arabic music scales, and the fact that Leïla Bounous] is singing on the album, she’s Algerian/French, I wanted to take dark jazz into Eastern territories. Noirabesque is a reference to dark jazz mixed with Eastern influences.”

This cerebral mixture mysticism and exoticism is present throughout the debut album, Noirabesque. There is much to unpack, even in the first track, “Salem.”

“The reference to the witch trials for ‘Salem’ is in the name,” admits Köhnen. ” It’s a witch hunt against the liberation women themselves: women who are breaking free patriarchy, women who have sought and dug into a philosophy life where they are independent, they’re strong, and, maybe, worked with black magic. Black magic can be interpreted as some kind psychotherapy because, in my opinion, women are more linked to the third eye or a sense intuition. We don’t call it female intuition for nothing.

“As we forced the stereotype witches as ugly women with crooked noses and pointy hats flying on brooms, actually, it’s a metaphor for women who are independent free spirits, more linked with mother nature, and have been chained by the patriarchy to be subordinated to how men want women to fill in their lives: just take care the kids and be submissive. In that sense, the word ‘Salem’ refers to that, but it’s also Arabic for ‘Salaam’ like As-Salaam-Alaikum.”

Noirabesque is out now on Svart Lava.