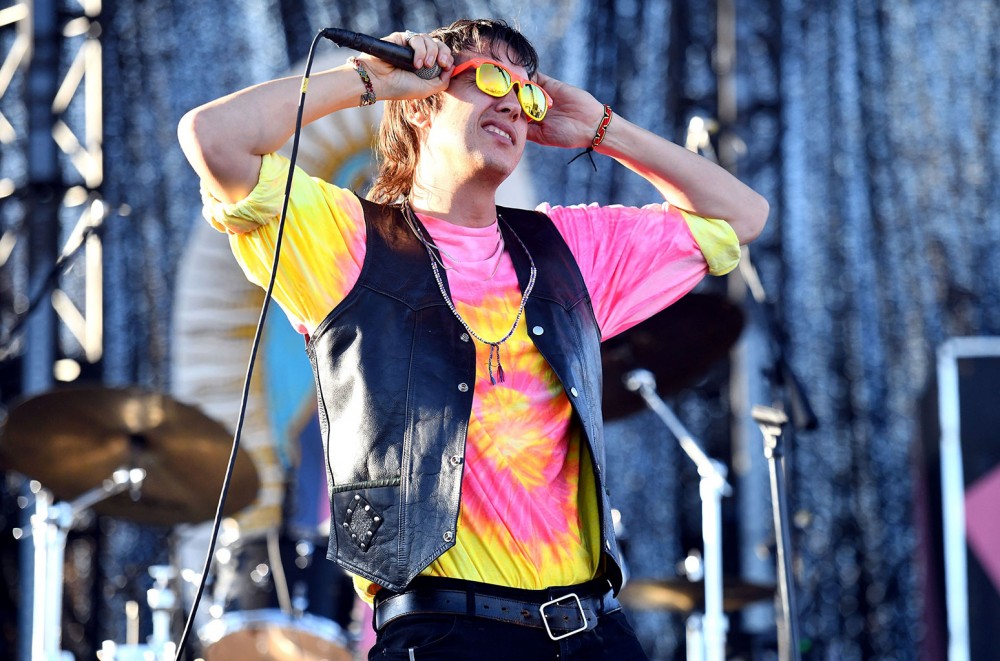 The list of bands lining up to support Vermont Sen. Bernie Sanders' presidential campaign is starting to look like the roster for a great summer festival. After Bon Iver and Vampire Weekend announced shows this weekend in support of the democratic socialist with mad support from the youth demo, The Strokes revealed on Tuesday (Jan. 28) that they're playing a Get Out the Vote rally for Sanders on Feb. 10 at the Whittemore Center Arena in New Hampshire; the democratic primary in the state is Feb. 11.

Tickets for the event are free, but fans have to RSVP in order to gain entry. Bon Iver is slated to play a show at the Horizon Events Center in Clive, Iowa on Jan. 31 and Vampire Weekend will perform an acoustic set on Feb. 1 in Cedar Rapids, Iowa, at U.S. Cellular Center on Feb. 1 in advance of next Tuesday's (Feb. 3) first-in-the-nation Iowa Caucus.

According to a press release announcing the show, Sanders will speak to an audience of supporters and primary-goers, with a special VIP section reserved for super volunteers who've knocked on more than 250 doors a piece in New Hampshire. "We are honored to be associated with such a dedicated, diligent, & trustworthy patriot — and fellow native New Yorker!” said Strokes singer Julian Casablancas in a statement. “As the only truly non-corporate candidate, Bernie Sanders represents our only chance to overthrow corporate power and help return America to democracy. This is why we support him.”

The Strokes recently announced a limited run string of three shows in March — March 5 at Pepsi Live at Rogers Arena in Vancouver, March 9 at WaMu Theater in Seattle and March 14 at The Forum in Los Angeles — that will feature support from King Princess and Alvvays.

The exclusive concert poster for the show was designed by artist Kii Arens in collaboration with Bernie 2020.