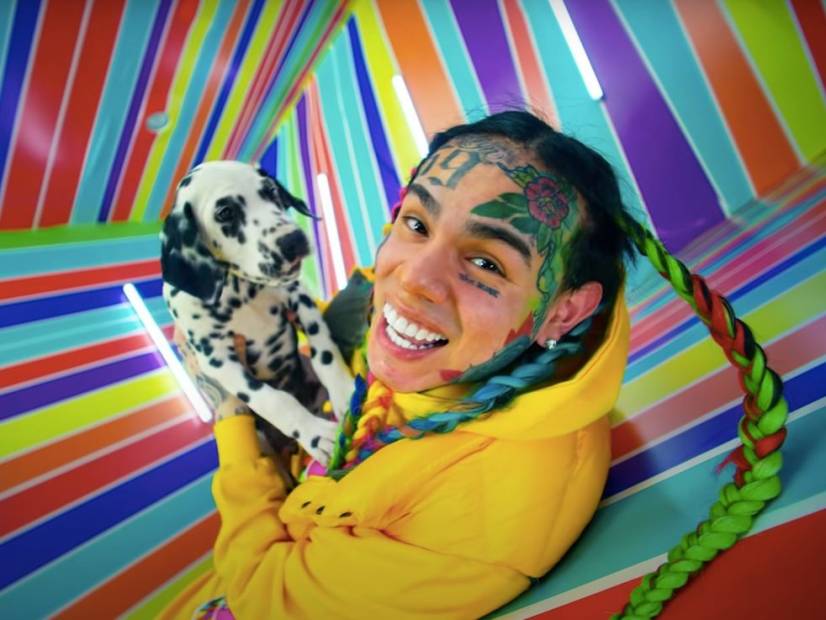 The mother of Tekashi 6ix9ine’s daughter Sara Molina has been an ongoing part of his saga since the beginning. After going on Instagram Live earlier this month and claiming 6ix9ine raped and abused her, she later insisted he’s a “marked man.”

But evidently two can play at this game. On Wednesday (May 12), DJ Akademiks posted a video clip of Molina stepping out of Rich The Kid’s blue Lamborghini and it didn’t take long for 6ix9ine to step into the comment section.

“He rented her and the lambo for a couple hours,” he wrote.

The couple has had a contentious relationship for years, which they’ve repeatedly made public. In Molina’s latest IG Live tirade, she claimed 50 Cent taught 6ix9ine how to hide money so he wouldn’t have to pay more child support.

“You so stuck on trying to defend a nigga in hopes of something for your daughter or whatever you want to say it is, but he’s grimy so … that’s what made it even easier for me to believe all the shit he was saying because of how he spoke about you.”

Last February, Molina accused 6ix9ine of physically abusing for a seven-year period. During a particular trip to Dubai, Molina alleged he punched her “out of nowhere.”

“So I was leaking blood,” she told The Daily Beast. “There was blood on the hotel pillowcases. He got scared.”

The fight was allegedly over 6ix9ine’s ex-manager Kifano “Shotti” Jordan who Molina supposedly slept with at one point. When pressed for a confession, he reportedly didn’t like the answer and instead, confessed to having sex with more than 70 women in the past year and contracting several sexually transmitted diseases.

“He started to punch me again,” she continued. “He started beating me for two hours straight. He had the craziest look in his eyes,” she remembered. “I was scared. ‘Why is he acting this way?’ I had never seen him like that. He punched me so hard in my right ear I thought I was deaf.

“He put his arm around my neck and started choking me. He said, ‘I just have to make an example. I can’t have you out there, making me look stupid.’”

Although the reason for Rich The Kid and Molina’s outing hasn’t been divulged, Rich is romantically linked to Tori Hughes. He reportedly popped the question last December.