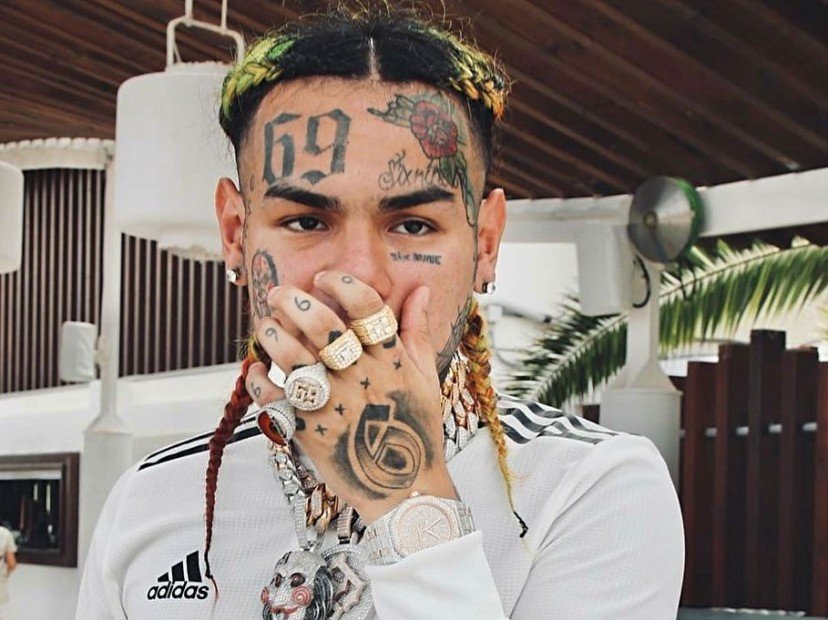 Shortly after Tekashi 6ix9ine was granted a “compassionate release” from prison, his legal team promised their client wouldn’t go back to his trolling ways — but evidently, the polarizing rapper can’t help himself.

On Thursday (April 30), the 23-year-old Brooklynite snuck into The Shade Room’s comment section to diss 50 Cent. Underneath a video titled “50 Cent Says He Wouldn’t Work With 6ix9ine Anymore,” 6ix9ine wrote, “Won’t be the first time 50 abandons his son…. lemme just mind my business.”

Yikes!! #Tekashi69 stepped into #TheShadeRoom with some slight shade for #50Cent 👀 (📹: @bigboysneighborhood, @hotfreestyle)

6ix9ine is not only referring to Fiddy’s previous nickname for him — his “son” — but also to 50’s biological son Marquise Jackson. The For Life producer has continually bashed Jackson on social media and even joked about not being upset if Jackson got hit by a bus.

But despite 50’s previous comments about 6ix9ine, he still said he’d choose him over his own son. Earlier this month, an audio clip of 50’s Instagram Live session started making the rounds.

“People ask, ‘You seen your son yet?’” he said. “Nah, I ain’t heard from 6ix9ine. He’s his mother’s child now. He’s trollin’ everybody. He better than Marquise though. I take him before I take my actual biological son [laughs]. Fuck that nigga [laughs].”

50 Cent Says He’d Take Tekashi 6ix9ine Over His Own Son: ‘Fuck That Nigga’

Marquise replied Instagram, “Did he just say he’d claim a rat? Oh no! I don’t know what y’all got going on over there. That’s some other shit. Stupid!”

Last June, 50 publicly disowned his son after Jackson attended the Masters Of Ceremony show featuring Snoop Dogg, DMX, Ludacris and 50. During Fiddy’s set, Jackson filmed himself dancing and singing along to 2003’s “Magic Stick,” 50’s collaboration with Lil Kim. A fan noticed he wasn’t granted all access and made a comment to 50 Instagram, asking why he wasn’t allowed backstage.

Meanwhile, 6ix9ine appears to be gearing up for a rap comeback. Earlier this month, he reportedly shelled out $300,000 for a new chain, copped a small fleet of luxury vehicles and bought three fancy timepieces, including a Richard Millie watch which start around $80,000.

Then on Wednesday (April 29), he hit up his Instagram Stories and teased a release date of Friday (May 8) — not long after a judge slightly loosened his restrictions. While behind bars, 6ix9ine secured another record contract worth $10 million. He’s reportedly making two albums — one in Spanish and another in English.