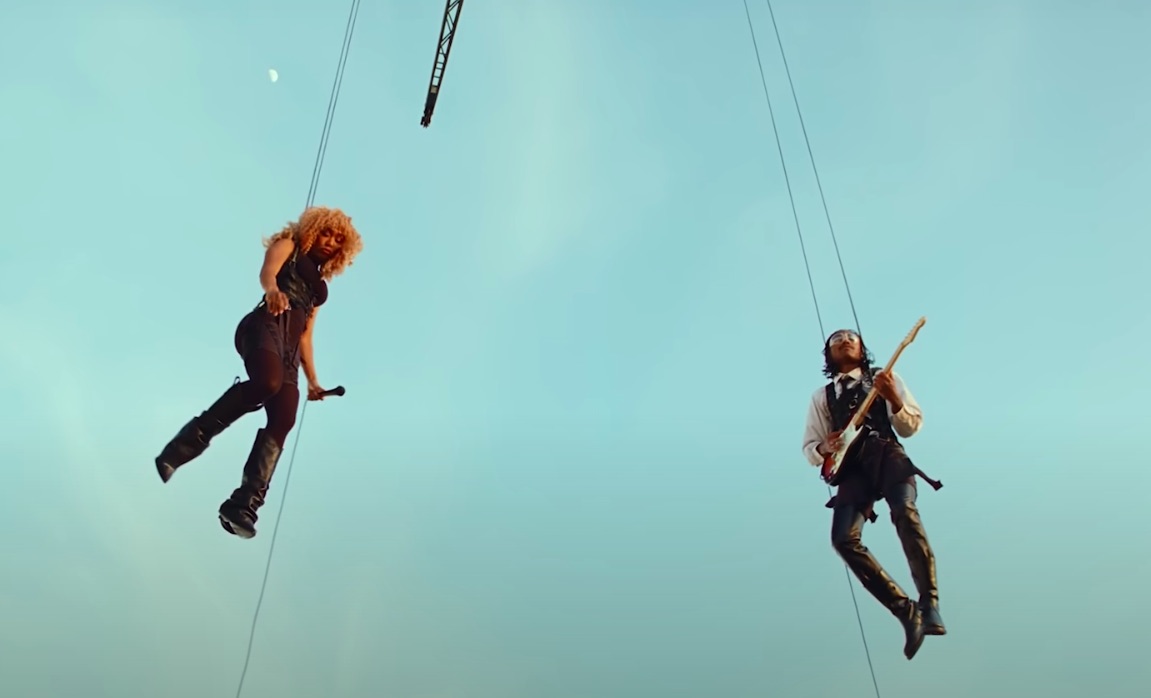 In a couple of days, Steve Lacy, the young astral-R&B enigma and member of the Internet, will release his new solo album Gemini Rights. Lacy has already shared the early singles “Mercury” and “Bad Habits.” Today, he’s released one last single in the form of “Sunshine,” a collaboration with the rising New York alt-soul artist Foushée, who’s recently appeared on songs from people like Vince Staples and King Princess. The “Sunshine” video is a real trip.

“Sunshine” is a duet about two exes running into each other and having an interaction that’s equal parts awkward and horny. It’s a spindly soul song with some moments for Lacy to go off on his guitar. The rubberband-directed video opens with Lacy and his band playing outside on a beautiful day, and then we see that Foushée is suspended high above them on a cable that’s dangling from a crane. Somehow, she looks bored. Soon enough, Lacy soars up to join her. It’s a striking and pretty visual that also makes me extremely anxious, and you can watch it below.