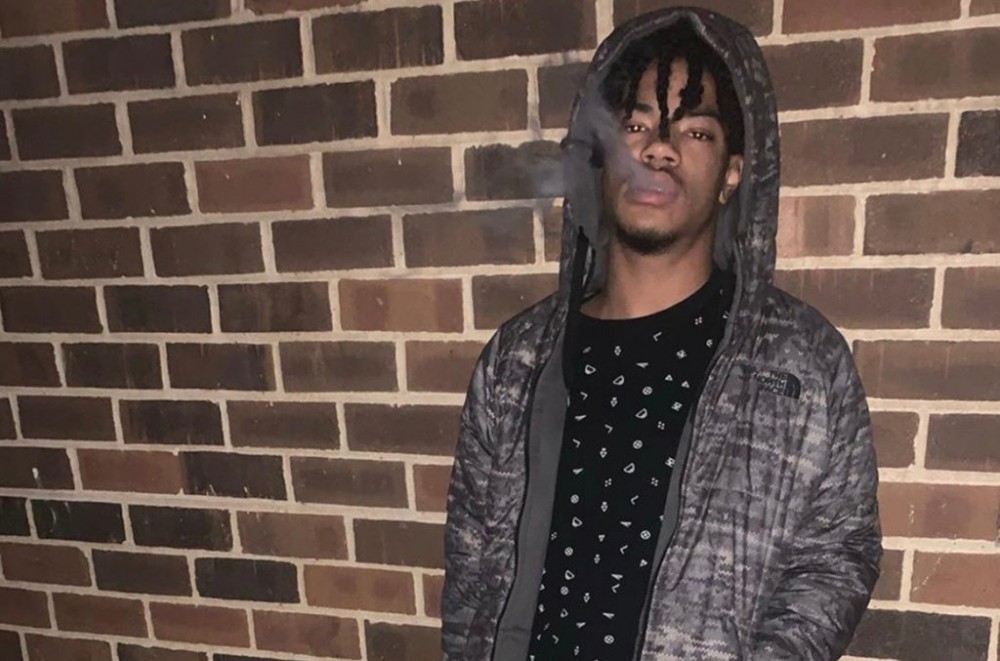 StaySolidRocky’s decision to play the long game has worked wonders for his young career.

Last year, the 19-year-old Virginia rapper didn’t have access to a studio. Rather than bury his creativity, he teased fans with snippets on Instagram, beginning with “Party Girl” in July 2019. After receiving rave reviews for his love-drunk track, Rocky recorded the song at a friend’s house, and shot the video that December.

“Party Girl” finds the emerging star fishing for romance with a rowdy partygoer. Skating through the somber keys with IG caption-worthy lyrics like, “They say you ain’t wifey type, but I don’t care I want you” raised Rocky’s profile — as not only a lovestruck teen but a promising hitmaker.

As of press time, Rocky’s video for “Party Girl” sits at a whopping 13 million views on YouTube, courtesy of TikTok, and his new deal at Columbia Records. Last month, he notched his first Billboard Hot 100 placement when the song debuted at No. 84. This week, he zoomed from No. 64 to No. 48, marking a new high in his burgeoning career.

With his eyes set on approaching top 40 territory, here are nine things to know about Rocky and the success of “Party Girl” — told in the rapper’s own words.

1. He really isn’t a party animal in the studio and likes his alone time in the booth.

I still go to the studio ’cause I have a home studio at my friend’s house. Really, I just write at home, then when I go to the studio, I vibe. I feel like it’s more comfortable than a public studio because it’s more of a one-on-one type of thing. I can’t focus with too much around me. I like to put my headphones on and zone out.

2. His rap palette ranges from Bone Thugs-n-Harmony to Kodak Black.

Growing up, I used to listen to Bone Thugs-n-Harmony and Lil Wayne. Then, when I started to listen to my own music, I began listening to Kevin Gates. Of course, YoungBoy when he came up, [and] Kodak Black.

3. Though his mom used to rap, his parents are still concerned about him picking up a rap career.

The chances are slim. It’s once in a lifetime, not even that [to make it as a rapper.]

4. Rocky first came up with the idea for “Party Girl” in July 2019 and the song is loosely based on a relationship he had.

It came out September 30th [2019]. I wrote it in July 2019. I had problems going to the studio like I wanted. So I would just post videos on Instagram to get the fans’ reactions. Then, I would go to the studio and record it and just drop it. I got the idea in July and then I mixed the idea with a current relationship-situation type of thing. It wasn’t about her, but there were some things I said like, “I’m tryna be with you, so you don’t be without me.”

la mama a party girl, she jus wan have fun too‍♂️dey say she ain wifey type but idc i wantchu she like to do drugs tooshe in love w guns toodey say u too piped up but i think dat i love u

5. Rocky didn’t have super high hopes when he shot the video for “Party Girl.”

I already had two million views before the label got involved and before the TikTok jumped. I felt it was a hit. but honestly, I was shooting for 50,000 views. That’s only because I already had a following on Instagram. So I was shooting for 50,000 for my first music video. Once I passed 50,000 and got to 100,000, 200,000, 500,000, that’s when the first label contacted me. Once I got to a million, that’s when I got involved with Solomon [Sobande, former XXXTentaction manager] and then Columbia got involved. That’s when I knew we was working with something serious.

6. Rocky first connected with Solomon on Instagram, but didn’t initially think it was him.

He DM’d me and was like, “Yo. I feel like you got a hit on your hands. You’re really cooking with something. I wanna help you take s–t to the next level.” At first, I thought it was some fake s–t. So then, a couple of days, I didn’t respond to his DM. Then, I clicked on his profile, saw some of his clients and I was like “bet.”

7. He chose Columbia Records because they tailor well to young stars.

They have younger artists and they get the support with the success. They’re my age. So I’m like, “Why can’t I get the same support and success from Columbia?” I liked how everything added up. It was a smooth transition.

8. Though he landed his first Hot 100 hit, Rocky admits he’s a work in progress.

I’m still finding my sound. I’m still trying to find out who I am as an artist. That’s why when you listen to my songs, they sound so different. I got so many unreleased songs that I haven’t put out. They’re nothing like the songs that I already have out. Each song has that same quality to me. They’re a bunch of different sounds but with good quality. You never know what’s next.

For real, for real, I wanna hear everybody on there. And whoever got that best one, we gon’ rock with it.