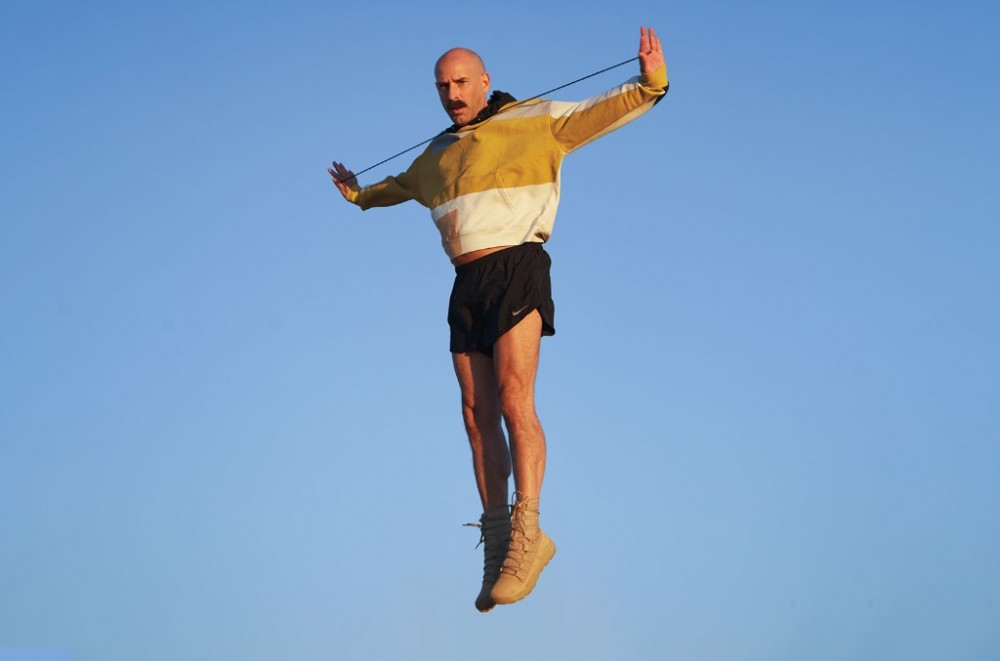 Ryan Heffington’s choreography career started in the clubs: Born in Northern California, the 46-year-old grew up “tap dancing my life away” before leaving his hometown for Los Angeles. There, he threw himself into the city’s nightlife scene, performing in punk-influenced club shows during which he and his fellow dancers would sling fake blood before a big tap-dance finale. “In the club there weren’t any rules,” says Heffington, “and we were really great tappers.”

Soon enough, he discovered much of his nightclub audience was yearning for noncompetitive dance classes, so he started teaching at the venue, with dozens of students clutching cocktails as they learned routines. By 2010, he started his own studio, The Sweat Spot; three years later, his career skyrocketed when Sia saw his acclaimed dance installation, “KTCHN,” and recruited him to choreograph her 2014 “Chandelier” video.

He has since choreographed for Florence + The Machine, Fleet Foxes and Arcade Fire, along with commercial and TV projects including Netflix’s The OA. Now, with live industry and production on hold due to the coronavirus pandemic, Heffington has become a viral sensation for his daily livestreamed dance classes on Instagram, one of which recently included special guest P!nk.

This Broadway musical’s big-screen adaption, directed by Lin-Manuel Miranda, will feature a cast including Vanessa Hudgens (above), Andrew Garfield and Judith Light. Tick, Tick… BOOM! — about an aspiring composer set in 1990s New York — is Heffington’s first foray into choreographing musicals, a venture he’s interested in specifically because it comes with so many parameters. “I have to ask myself, ‘What can I do to still make it thought-provoking, boundary-pushing and entertaining?’ ” he says. Netflix acquired the film in 2019, and production started in February.

In the midwinter of 2019, Heffington joined indie-pop auteur Héloïse Letissier on the roof of Paris’ Palais Garnier to shoot the opening scene for the French singer’s 13-minute short film, La Vita Nuova, which released in February along with a six-song EP of the same name. “It was super ambitious,” says Heffington, “because we had no time, no money and three days to rehearse five songs.” He translated discussions with Letissier (who performs as Christine and the Queens) about her life into movement, which she and eight dancers then brought to life throughout the opera house.

Heffington had 10 days to direct 13 dances for FKA Twigs’ physically demanding 2015 “Congregata” live show, which prioritized movement and featured a dozen dancers, all of whom vogued and writhed to a four-piece band. Working on such a tight timeline pushed Heffington and the English artist — whom he calls one of the most naturally sensual performers he has ever worked with — to create a “modern-day dance tapestry” that he describes as “pure art.” He recalls: “We were working 24 hours a day. It was the fucking best.”

This article originally appeared in the April 25, 2020 issue of Billboard.