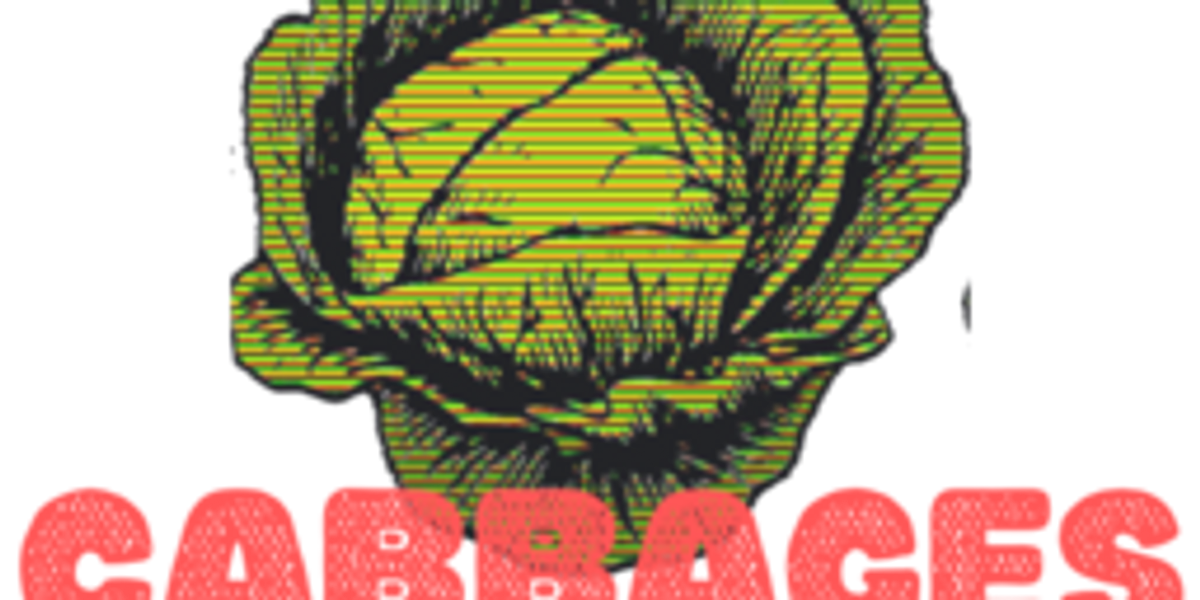 It’s no exaggeration to say that the pristine image of music journalism has lost considerable sheen since the birth of the Internet, and it’s all but muddied in 2020 thanks to the pandemic.

In October, Penske Media and MRC announced a joint venture between Rolling Stone and Billboard, a historic merger–though they remained cautious of using that term–of music journalism’s last standing behemoths. The collaboration was disheartening. The ever shrinking world of music journalism had gotten even smaller.

Gary Suarez, a freelance journalist based out of New York, instead saw the moment as a slight changing of the guard, and he started a newsletter. “I think what will happen, and what is already happening,” he said, “is that more and more writing talent will crop up on proprietary platforms like newsletters.”

CABBAGES, Suarez’s buzzing new weekly newsletter, is shaping up to be a cathartic oasis for introspective Hip-Hop heads. The newsletter highlights niche and often genre-bending rap music not covered by most mainstream publications. He also interviews both buzzing new talent like Quelle Chris, The Twilite Tone and Elzhi and highly established Grammy-winners like Arrested Development.

Thanks to Suarez’s marketing background, the newsletter also includes thoughtful insight into the business side of music. It’s a brief and succinct newsletter only for the most devoted rap fanatics, catering solely to the open minded; but for a measly $7 a month, Suarez promises he’ll show you fascinating music you’d never find on your own.

“I didn’t start CABBAGES as a revenue generator…you don’t go into music criticism to make money, that’s for damn sure,” he said. “[But] the value in me doing the newsletter is that I own it, all of it.”

Hip-Hop culture is now directly synonymous with mainstream pop culture as a whole. As a music writer myself, I sometimes feel incredibly fraudulent offering “my take” on albums or topics that so many people consume and have an opinion on. How do you keep feelings of fraudulence at bay?

I’m human, and of course I doubt myself plenty of times while I’m writing. It helps that I’ve written for so many outlets over the years and that I make it a point to do my research, so that I can defend myself and my positions when challenged.

But for me, it comes from being a writer and critic before the social media era. In the years before Twitter or even Myspace, the role of the music critic was fairly important, at least as service journalism to let readers know what to buy or what not to buy. So I developed confidence, perhaps unearned, that set me up for success better than those writers who have always had to contend with instant reactions and myopic fandoms online in real time.

How did you come to correlate rap music with leafy green vegetables?

CABBAGES plays off of two things. First, my longtime Twitter avatar has been a picture of a Kids in The Hall character known as Cabbage Head. Second, the term “cabbage” is typically used in rap lyrics to refer to money, particularly back in the day before big bills went from green to blue faced, though also sometimes it refers to one’s head. So it all came together for me one day.

How did the idea for CABBAGES come about?

As a full-time freelance writer, it’s been hard not to see the layoffs and closures of media outlets in recent years as anything but distressing. The publishing ecosystem appears to be collapsing, which bodes poorly for artists, labels, and consumers who care about entertainment journalism and cultural criticism. I’m old enough to remember when print zines were prevalent, and I lived through the blog era as an adult, so I know there’s a non-corporate alternative worth exploring.

Newsletters aren’t necessarily the solution to the industry’s woes, but for writers who can cultivate niche audiences of readers, the medium has value. A lot of those who know me know me because of my hip-hop writing, so it made sense to focus my newsletter on that.

Take me through your career and how you came to be so absorbed in rap culture. Did you grow up with it?

I’m a native New Yorker, and to this day I still live in Queens. I like to say that I grew up with hip-hop rather than on, since I’m about the same age as the Sugarhill Gang’s “Rapper’s Delight.” I spent the first 12 years of my life in Corona, home at one time to Kool G Rap and N.O.R.E., among others. I used to spend summers down in Florida, and my eldest cousin was a DJ. He filled in the gaps of my NYC-centric Hip-Hop education with the Southern rap sounds of that time, which included the Geto Boys and 2 Live Crew. So Hip-Hop was always a part of my life.

Your insights into the music business are incredibly thoughtful on CABBAGES. How did you learn so much about the industry?

I went to college for management, with a concentration in marketing, so I’m somewhat attuned to the business side of hip-hop. When I started writing for Forbes as a contributor six years ago, I finally had an outlet for more quantitative analysis and industry stories about how rappers legitimately make their money. But I never studied the music business itself in a formal capacity.

Being a freelance journalist relies heavily on time management. When I read over the amount of exclusive content you offer subscribers, my first thought was: “Wow, that seems like a lot of time to dedicate to something that doesn’t necessarily generate a whole lot of revenue.”

You don’t go into music criticism to make money. That’s for damn sure. I didn’t start CABBAGES as a revenue generator, though it does bring in a modest amount each month. The value to me in doing the newsletter is that I own it, all of it. The majority of what I’ve written for publications belongs to them in perpetuity, which is an unfortunate reality in this business.

My hope is that I can, over time, convince enough people to kick in seven bucks a month that supports the work at CABBAGES at a decent rate. But even if it doesn’t, I own this thing. And who knows what that content ownership might enable me to do in the future.

How have you found “your voice” through writing CABBAGES?

It was actually a bit challenging to “find my voice” with CABBAGES, and honestly I still don’t know if I’m there just yet. When you write for multiple publications, you often feel like you have to modify your voice to reflect the tone of each outlet. At the very least, it endears you to editors who otherwise don’t have the time to shape your writing to their needs. But I think I come across as authentically as I can in the newsletter, since I’m only writing about what I want to write about.

You recently celebrated a Q&A with the legendary Arrested Development. How have you sought out these artists, and how have you convinced them to sit down with you?

Since the pandemic hit, a lot of artists are stuck indoors, just like the rest of us. They’re not touring or recording the same as they might, which means they’re often available and interested, or at least bored enough, to talk with me. Generally, I limit the questions to three so it’s not a daunting writing assignment to respond.

Where do you see the industry heading in 2020? How do you think the culture is changing?

2020 feels like a lost year for the music industry in some ways. The major labels who have all these 360 deals and other such revenue generating agreements in place took a serious hit to their plans and operations, but have also benefited from so many people being largely at home and consuming content on streaming platforms. These virtual performances and experiences that are being touted feel like stopgaps rather than solutions.

Once there’s a vaccine, they’ll want to go back to normal, so to speak, even if normality isn’t sustainable. Independent venues and labels obviously are having a very different experience from the corporate ones, and many if not most will not come out of this pandemic period intact, certainly not without some serious support beyond well-intentioned crowdfunding.

Where do you plan to take CABBAGES, and what excited you most about this newsletter?

I’m working on a limited run print zine with a few longform Q&As that I hope to launch before the end of the year. I wanted to do it earlier this summer, but I’m a staff of one with a budget of lint. I’m trying some audio content for fun that I suppose could be called a podcast at some stage. I think any independent media outlet has to at least consider that medium as part of its growth strategy. I probably won’t be making YouTube videos or TikTok’s because that’s not really where I feel CABBAGES makes sense. For now, I’m just excited to be doing something I care about and that people seem to be enjoying, issue by issue.