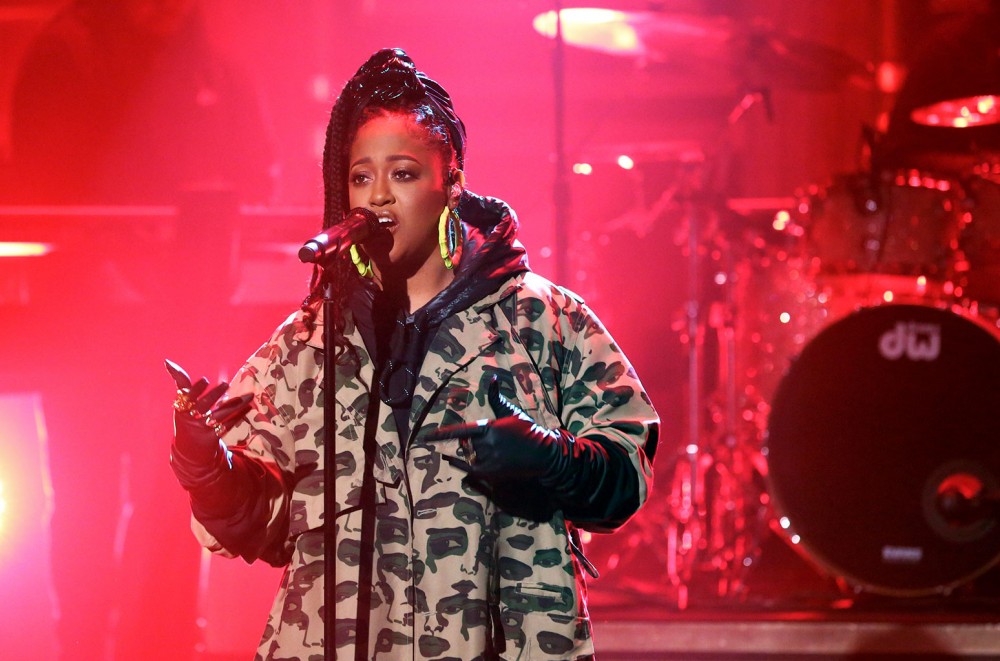 Rapsody continued her press tour in support of Eve on Tuesday night (Jan. 28), as the North Carolina native headed to The Tonight Show where she made her debut as the musical guest for the evening. The Laila's Wisdom rapper hit the stage alongside Grammy Award-winner PJ Morton to perform a soulful rendition of their "Afeni" collab.

Rapsody hit the stage backed by Morton on the keys in a camouflaged overcoat, as Tupac's inspirational bars from his "Keep Ya Head Up" track peer in to kick off the record dedicated to his late mother. About halfway through the performance, Rap takes a second to shout-out some of the West Coast legends we've recently lost in Nipsey Hussle and longtime Los Angeles Lakers superstar Kobe Bryant.

The Roc Nation artist joined Billboard's On The Block series back in November to discuss why she decided to dedicate each track on her empowering album to a different Black woman. "It was a dope way for me to show love to those women and keep their names and legacies relevant to a new generation who might not know who they are," she said. "But also to show how we're all connected and a piece of each other."

Rapsody is slated to kick off her A Black Woman Created This Tour in February. Watch the performance below.