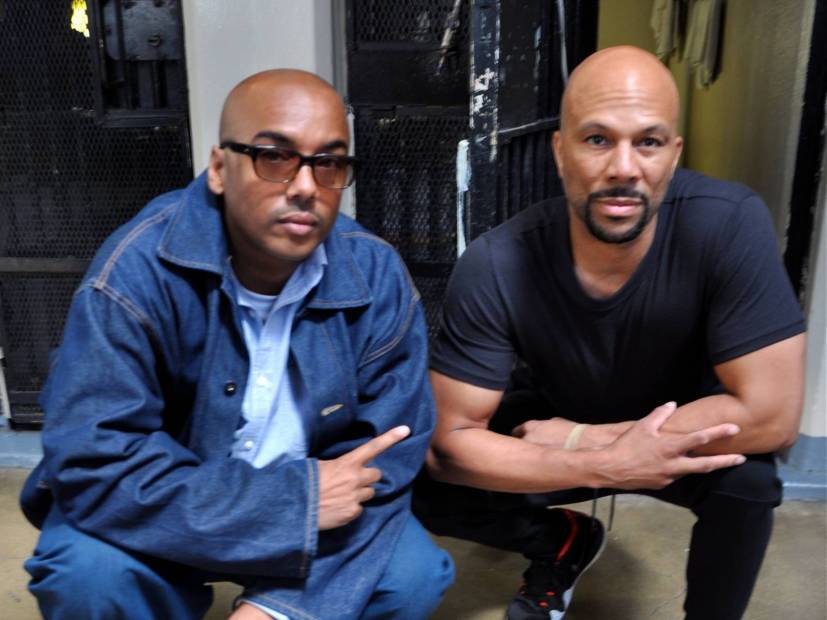 David Jassy’s San Quentin Mixtapes, Vol. 1 is the first project of it’s kind. It’s a collection of songs written and performed by a select number of inmates at San Quentin State Prison that Jassy worked very closely with. It was some of the inmates’ first time recording music and crafting a song from scratch, but most importantly, the project became an opportunity to make their voices heard in a system that regularly shuts them out.

There aren’t too many inmates that get to explore their untapped talent through opportunities like this, and Jassy wants to change that stigma.

During his conversation with GroovyTracks, the Swedish creative revealed his plans to expand the project far beyond an assortment of mixtapes. Eventually, Jassy wants to bring the movement to prisons all over the country and take these inmates who participated in the project on the road.

“That’s part of the plans that we have for this, we’re planning tours in the future. The doors are also open for all of the guys that are participating in the mixtape to the business that I run, Jassy World Entertainment,” he explains to GroovyTracks. “They’ll also get a chance to work with QD3, Quincy Jones III, and Greg Wells, who’ve all opened their doors for them.”

“I want to bring this on tour. A lot of these guys, as soon as they get off parole, we already planned that they’re coming over to Sweden and we’re going to continue to work. I’m 100% invested in all of these men. I consider them family, I believe in this cause.”

Due to his role in a deadly incident in 2008, Jassy was deported back to his homeland of Sweden following his early release from prison in March. However, Jassy hopes the United States will let him back in because he wants to expand this prison project across all the institutions in America.

When asked about volume two of the San Quentin mixtape series, Jassy explained the sequel is still in its infant stages. Some leftover tracks were left on the cutting room table on the first iteration and Jassy is making sure those inmates who weren’t on the first project will be on the next one.

“We definitely have very powerful and impactful stories" 🔸 Meet Maserati E, who raps about the power of perspective on his track "Break the Mold" San Quentin Mixtape Vol. 1 is out now – link in bio • • • @therealmaserati_e #hiphop #mixtape #newmusic #outnow #stream #sanquentin #DavidJassy

“I don’t know when volume two is coming out, because we don’t know what’s going to happen with volume one right now. We’re just trying to see where this ends up and how far we can push it,” Jassy tells GroovyTracks before going into the effect he wants volume one to have on listeners.

Jassy feels the mixtape won’t stick with listeners right away due to the number of songs on the project which stands at a lengthy 17 tracks. But once it does settle in with those who take the time to listen to these moving stories and emotional records, Jassy is sure his listeners will want to hear more and help expand on the movement.

“We recorded more than 100 songs in there so we still have some heat. We’re not done and I would like to encourage people to go and follow us on Instagram and support the movement,” he says.

“The more people that can share this and share it with the younger folks man, the bigger it can be. Let’s share this in schools where maybe the teachers and schools can have a listening session and have the kids write an essay about it or write what emotions come up when they hear one of the songs. Let’s start a conversation because that would be beautiful.”

Check back with GroovyTracks for our full interview with David Jassy coming soon. In the meantime, you can head over to Instagram and follow @sanquentinmixtapes for all news on Jassy’s ongoing music project.