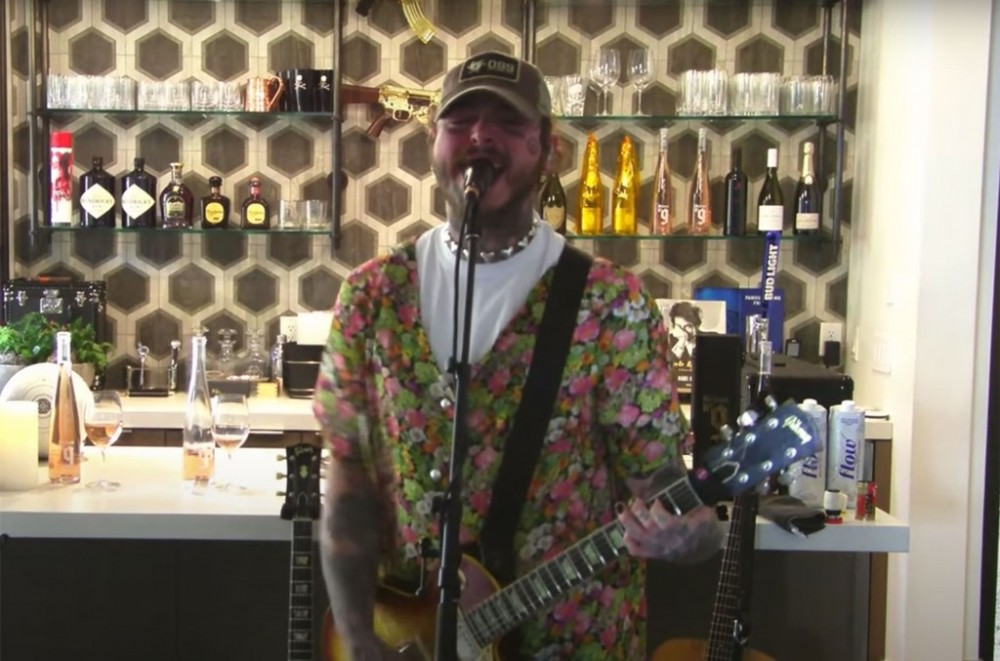 He certainly entertained us, and did a whole lot of good as well. Post Malone‘s Nirvana tribute livestream performance on April 24 has raised more than $800,000 for the United Nations Foundation’s COVID-19 Solidarity Response Fund for WHO so far, YouTube Music tells Billboard.

Per the video-sharing service — which Google owns — that amount also includes Google.org’s match of $2 for every $1 donated, up to $5 million. The $4.4 million amount that currently appears under the progress bar on the page for the rapper’s performance actually “represents the aggregate of total funds raised and matched for the UN Foundation campaign,” YouTube Music explains.

Malone also hinted in a tweet on Wednesday (April 29) that his set had not yet generated $1 million for the  World Health Organization. “Thanks to everyone that watched the stream the other day & helped raise some money & kick some ass!” he shared. “I want to donate a million dollars but need your help doing it:)) text me 817-270-6440.”

thanks to everyone that watched the stream the other day & helped raise some money & kick some ass! I want to donate a million dollars but need your help doing it:)) text me 817-270-6440

During his 80-minute, 15-song set, the Nirvana fan performed many of the iconic Seattle grunge band’s biggest hits, including most of the songs from Nevermind, “Heart-Shaped Box,” “Lithium,” and “About a Girl.” Joining him — while socially distanced, of course — for his at-home set were Blink-182‘s Travis Barker on drums, Nick Mac on guitar and Brian Lee on bass.

Nirvana bassist Krist Novoselic tweeted his excitement throughout the set, saying he was “so proud” of the performers. “I don’t think these fellows can play any better,” he later added.  “They are on fire!”

You can donate to the United Nation Foundation’s COVID-19 response fund through June 30.