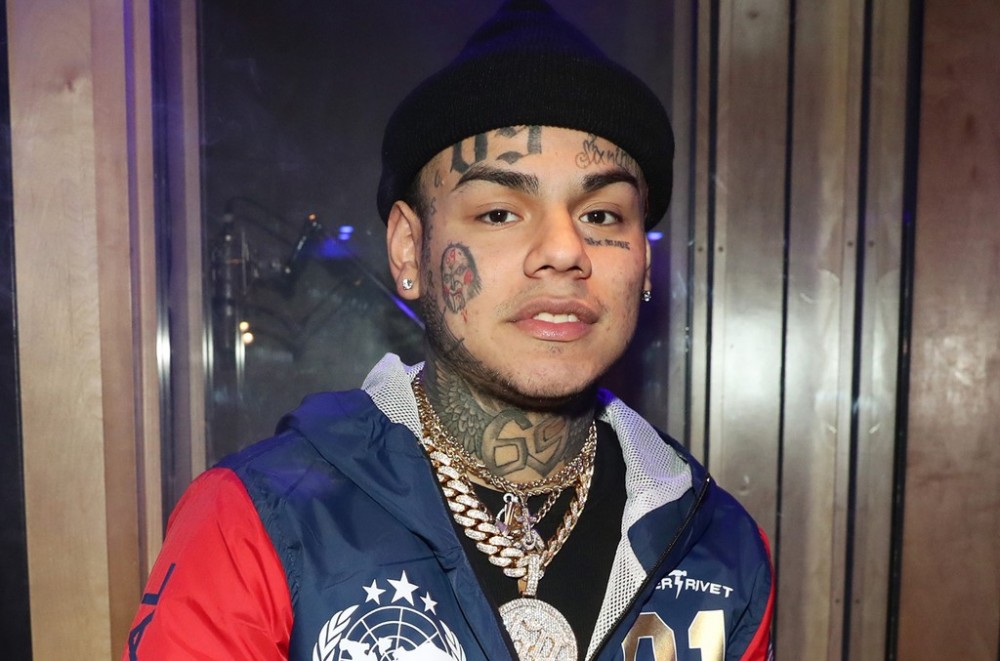 After Tekashi 6ix9ine clapped back at his haters in his “Gooba” comeback single and video and flashed stacks of cash and a $1 million diamond-encrusted pendant, the 24-year-old rapper felt like doing some good.

He reportedly made $2 million in less than a week since the May 8 release date of “Gooba” and its accompanying merchandise line, according to TMZ. So what’s the first thing 6ix9ine tried doing with a cool $2 mil? Donate 10% of the profit, which comes out to $200,000, to No Kid Hungry, a national campaign that primarily strives to end child hunger — especially during coronavirus when one in four kids could struggle with food insecurity after schools shut down and unemployment rates spiked, according to the website’s opening statistic.

“During this pandemic I understand we have nurses and frontline Hero’s who risk there life daily to save others. But NEVER forget the children & families who depend on OUR PUBLIC schools for daily meals and nutritions to keep our future leaders growing to their best potential,” 6ix9ine (real name Daniel Hernandez) wrote in a since-deleted Instagram post. “To every influencer out there REMEMBER if you are blessed GOD gave you that blessing not just for YOU but also TO HELP OTHERS GOD FIRST.”

Except No Kid Hungry declared his money was no good.

The campaign’s director of strategic communications Laura Washburn explained the decision in a statement to Complex. “We are grateful for Mr. Hernandez’s generous offer to donate to No Kid Hungry but we have informed his representatives that we have declined this donation,” she wrote. “As a child-focused campaign, it is our policy to decline funding from donors whose activities do not align with our mission and values.”

6ix9ine responded to Washburn’s claim, writing on his Instagram in a since-deleted post, “@nokidhungry rather take food out the mouth of these innocent children I never seen something so cruel.” His fans even flooded No Kid Hungry’s Instagram pictures with “L” comments that signaled rejecting his major donation was their loss.

But since scoring an early prison release in April because of the pandemic, his racketeering and firearms charges might not be the only things on the “Gooba” rapper’s track record that fails to align with No Kid Hungry’s mission and values. In March 2015, the then-18-year-old rapper pleaded guilty to three felony counts for use of a 13-year-old girl in a sexual performance after an inappropriate video from October 2015 surfaced online. He later breached his plea deal when he was arrested for misdemeanor assault in March 2018 after allegedly choking a 16-year-old boy in a Houston mall earlier that year in January.