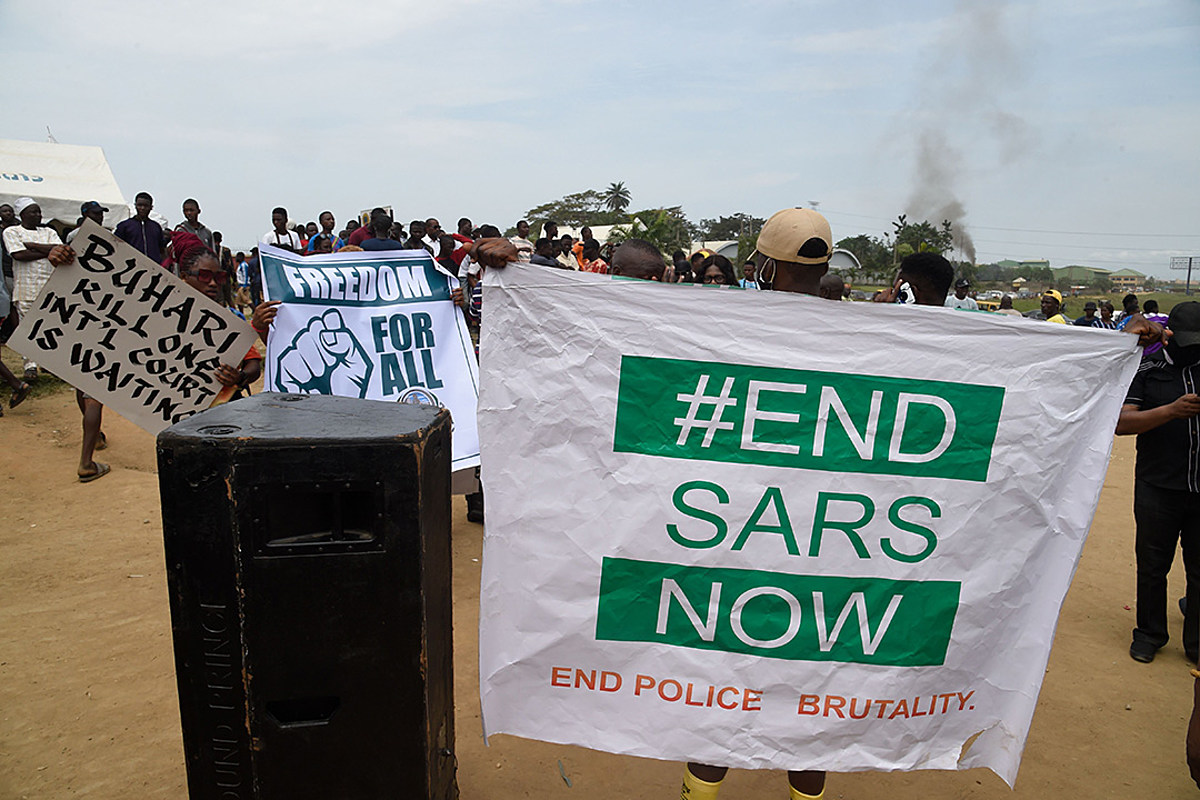 For nearly two weeks, protests have taken place in Lekki—a town in Lagos, Nigeria—against the Special Anti-Robbery Squad (SARS) police unit following claims of brutality, kidnapping and extortion done by law enforcement on civilians. Since the news has made national headlines, social media is mobilizing and calling for the dismantling of SARS and rappers are using their voices to help amplify the movement.

According to a report from CNN on Wednesday (Oct. 21), protesters in Lagos have said that Nigerian police opened fire on demonstrators on Tuesday (Oct. 20). The incident transpired despite the government forcing a 24-hour curfew and deploying anti-riot officials to the city.

One witness said that members of the Nigerian army fired their guns directly at him and a group of other people. Another witness said he could hear bullets being fired near his home for 15 to 30 minutes. The outlet also says that death and severe injuries have been reported since the weekend.

Nigerian youth began protesting on Oct. 8 after a video began circulating online of what is believed to be officers from the SARS police unit allegedly shooting and killing a man in Nigeria's southern Delta State, according to Time magazine.

Although the #EndSARS movement has gained social media momentum recently, there are posts online dating back to 2017 calling for the SARS unit to be disassembled. There are also posts circulating online offering explanations for what SARS is and how the police unit is harmful to citizens in Nigeria.

"They are profiling youth with nice clothes, nice cars, for simply having an iPhone, assuming that they partake in fraud or engage in crime," one post reads. "SARS will stop you, go through your phone, and force you to withdraw money from the ATM, while threatening to beat or kill you."

According to The New York Times, SARS was assembled in 1992 with the task of handling violence crimes and robberies in Lagos. However, they have long been accused of brutalizing citizens.

On Oct. 11, Nigeria's President Muhammadu Buhari vowed to disband the police unit in a televised statement. "The disbanding of SARS is only the first step in our commitment to extensive police reforms,” he said. "We will also ensure that all those responsible for misconduct are brought to justice."

Ten days later, attacks on protesters are still taking place and rappers are sounding off.

"Standing with & praying for the brave young people of Nigeria who are on the front lines of this senseless violence. Your voice is being heard. #EndSARS," Nicki Minaj tweeted last night (Oct. 20).

Lil Baby is also shedding light on the issue. The Atlanta rapper shared a post to Instagram, which said, "Pray for Nigeria #ENDSARS." He captioned the upload, "🙌🏽🙌🏽🙌🏽🙌🏽."

Wale, who is of Nigerian descent, also tweeted about what is taking place in the city. "Every post I see every family member I talk to .. I feel helpless . I’m so sorry Nigeria. #EndSars," he tweet Tuesday afternoon.

A number of other members of hip-hop are speaking out and the thoughts they've shared can been seen below.