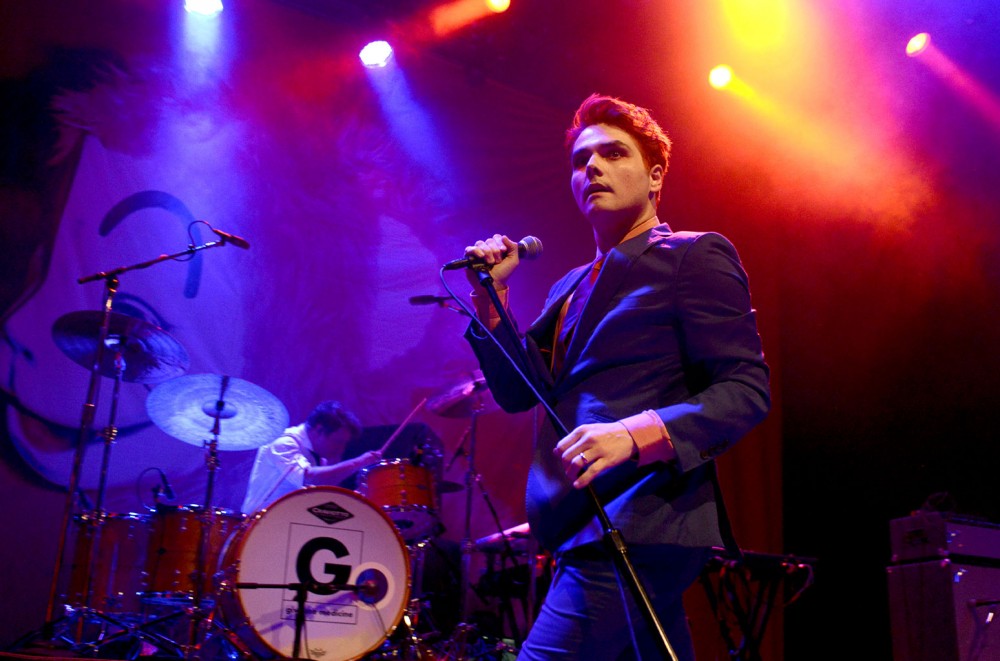 My Chemical Romance's legions of diehard fans swarmed social media on Wednesday (Jan. 29) in the wake of the band's announcement that they'll be reuniting for a North American tour in 2020.

"I HAVE TEARS STREAMING DOWN MY FACE I CANT F–KING BELIEVE THIS JUST HAPPENED," one fan tweeted in response to MCR's 15-minute short film that preceded the tour dates, while another declared, "If this day/week doesn't end with me getting tickets to see My Chemical Romance my fury will be unmatched."

The veteran emo rockers will kick off their cross-country jaunt on Sept. 9 in Detroit, Mich. before hitting up major cities like Boston, Philadelphia, Houston and Los Angeles, as well as stops at festivals including Chicago's Riot Fest, Atlanta's Music Midtown and Sacramento's Aftershock Festival.

Check out the best fan reactions to My Chemical Romance's tour news below.

I HAVE TEARS STREAMING DOWN MY FACE I CANT FUCKING BELIEVE THIS JUST HAPPENED #MCRXX @MCRofficial pic.twitter.com/OOcI5KpXO3

#MCRXX how fucking extra are my chemical romance man.
A 15 minute short film just to announce a US tour pic.twitter.com/rIcSIZSn4J

Sorry @PalayeRoyale I only have money for one show and @MCRofficial is the one I’m choosing. I’m a broke college student and I’ve been waiting for this show since 2013.

On my way to buy tickets!!!! I been waiting for this moment ever since I learn about them back in 2012! I’m so excited!!! #mychemicalromance pic.twitter.com/1sFHRsqILt

Is this really happening right now. This is real? Mcr is back. My Chemical Romance is back.

me @ mcr when tickets go on sale after i said i was tired of their bullshit pic.twitter.com/lj7z8r0c2Q