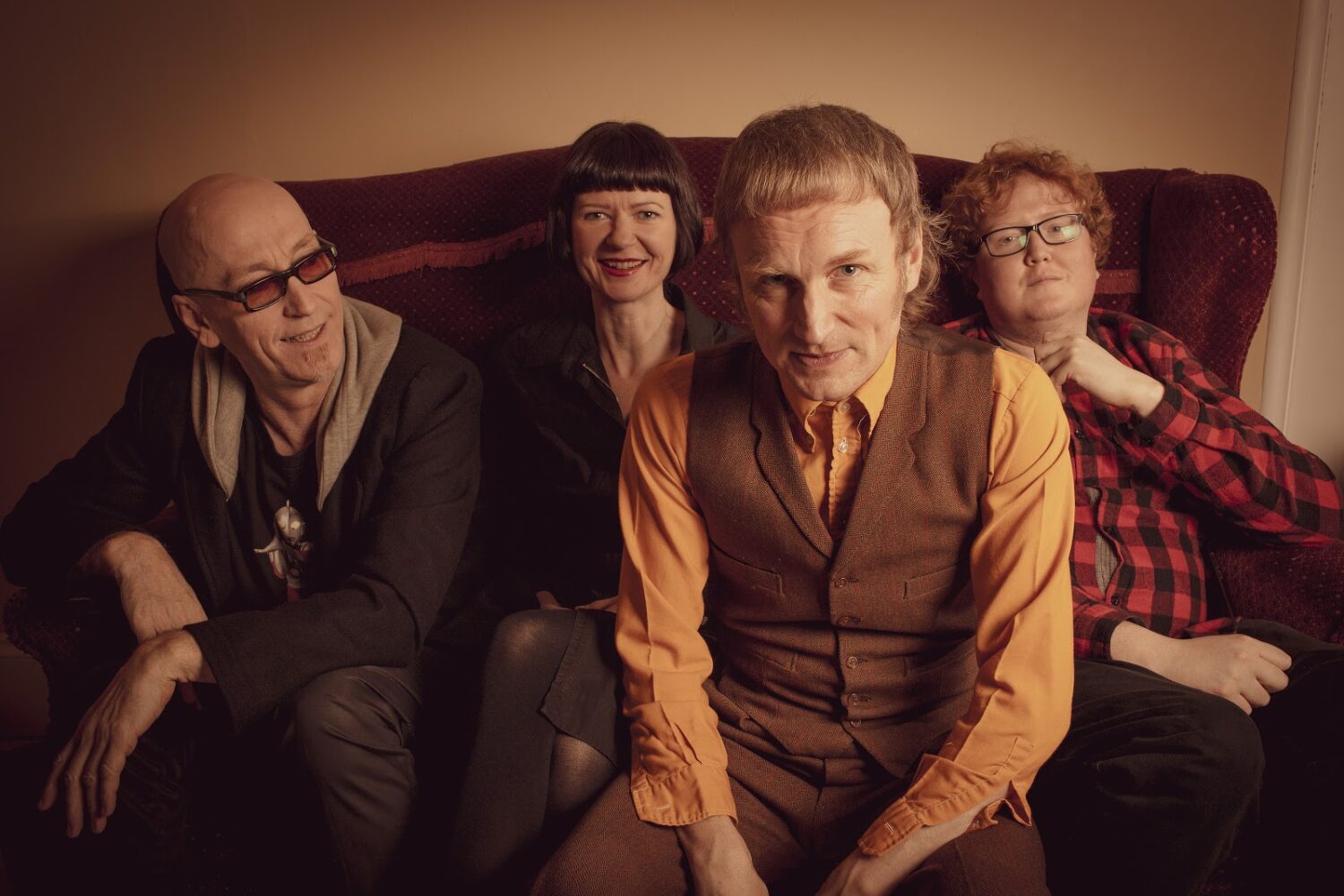 Micko & The Mellotronics is the London-based art-punk outfit fronted by actor and musician Micko Westmoreland. Already known for his acting and his music as The Bowling Green, The Mellotronics were formed initially as Mick’s live backing band but quickly took on creative new dimensions of their own. With Nick Mackay of Barricades on drums, Vicky Carroll of Owls of Now on bass, and Jon Klein of Siouxsie & The Banshees on guitar, their creative chemistry sparked post-punk magic on their 2020 record 1/2 dove – 1/2 pigeon. Now the band is back, sharing the accompanying music videos for one of that record’s highlights, “Sick and Tired.”

“Sick and Tired” plays knowingly with old-school garage rock and post-punk stylings, blending together a descending bassline courtesy of The Specials’ bassist Horace Panter and wiry guitar work straight from the Stranglers’ playbook. The result is lithe and playful instrumentally, but dense and thoughtful lyrically. Meanwhile, the accompanying video hits on a similar mix of playful humor and dark subject matter, acting out the song’s vignettes in a pop-up book style.

Connect with Micko & The Mellotronics on IG.