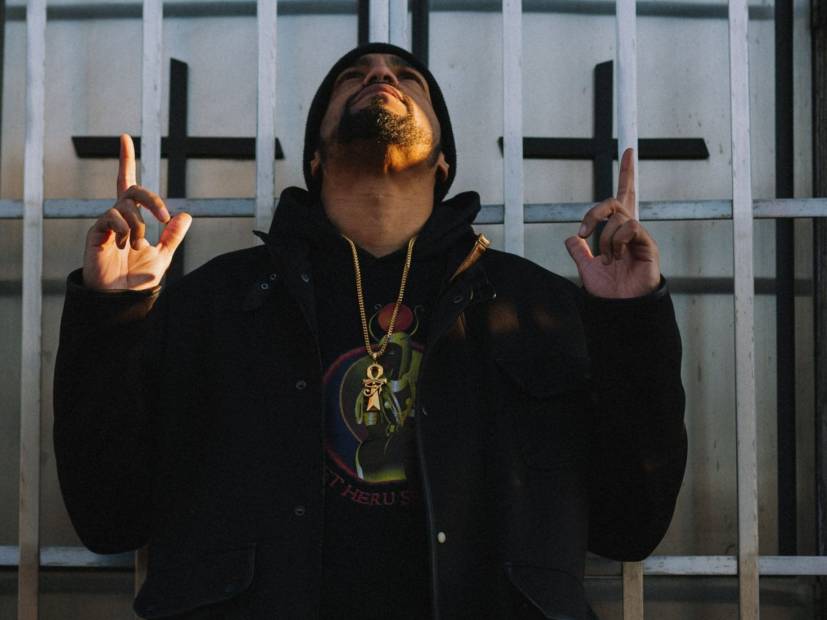 Mello Music Group signee Cambatta is — let’s call him — a connoisseur of psychedelics. So it’s only natural, his forthcoming album is titled LSD.

Ahead of the project, the New Haven, Connecticut MC has shared a video for “nXggXr chrXst,” one of the inaugural singles from the album.

I never had a doubt, I got a scholarship to college And gave it back ‘cause I’d rather have the cash amount The way that young nigga read made a massa shout Tried to hang me I climbed the rope and unraveled out #cambatta #music #rap #hiphop #mellomusicgroup #explorepage #kxngcrooked #lyrics #lyricsmatter

“The dualistic and multilayered concept of ‘nXggXr chrXst’ was initially inspired by the haunting and ominous instrumental soundscape composed by New York City producer V Don,” Cambatta tells GroovyTracks. “As indicted by the song’s title, I utilize polarizing wordplay in attempt to sonically balance the otherwise contradicting and opposing factors of good/evil, god/devil, black/white, poor/rich while keeping the integrity of the of the head knocking tempo intact! ‘nXggXr chrXst’ is LSD for your ears.”

LSD is expected to arrive MMG on July 21.

Until then, check out the video up top and pre-order the album here.