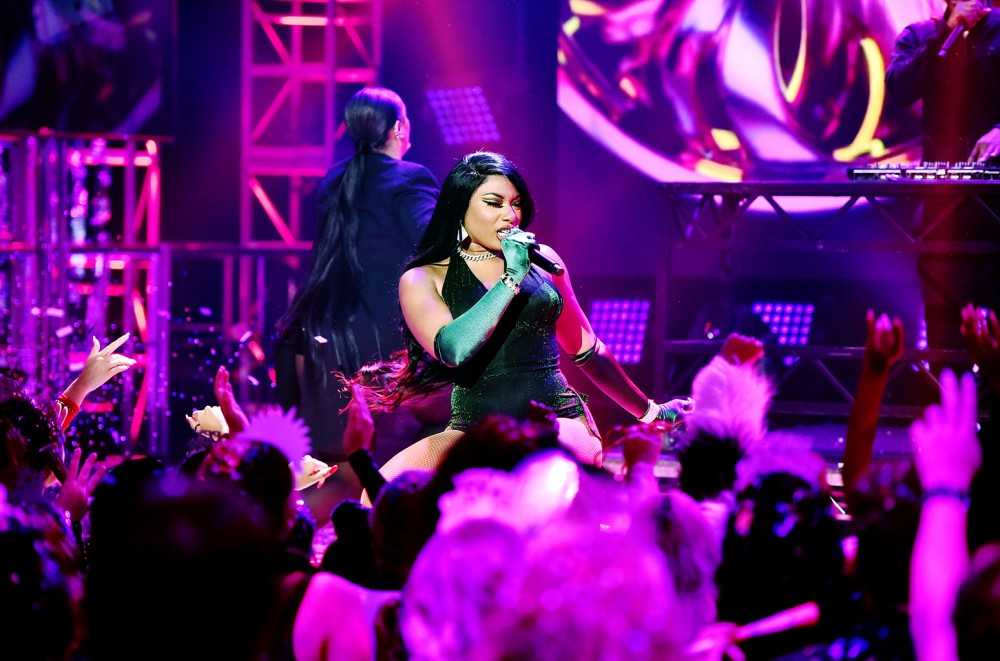 Megan Thee Stallion is back with “B.I.T.C.H,” her second release of the year.

The rising Houston rapper teased the track last week on social media, and let it off the hook at midnight.

Launching her new Suga era, “B.I.T.C.H.” samples Hall of Famer Tupac Shakur's "Ratha Be Ya Ni**a."  Meg recently revealed that the new track would serve as the opener on Suga, and set the tone for the rest of the album.

According to her reps, we can expect an assist from Kehlani and “more hot collaborations and surprises” on the new LP.

“B.I.T.C.H.” follows the release of "Diamonds," the lead single from the soundtrack to the Harley Quinn superhero film Birds of Prey.