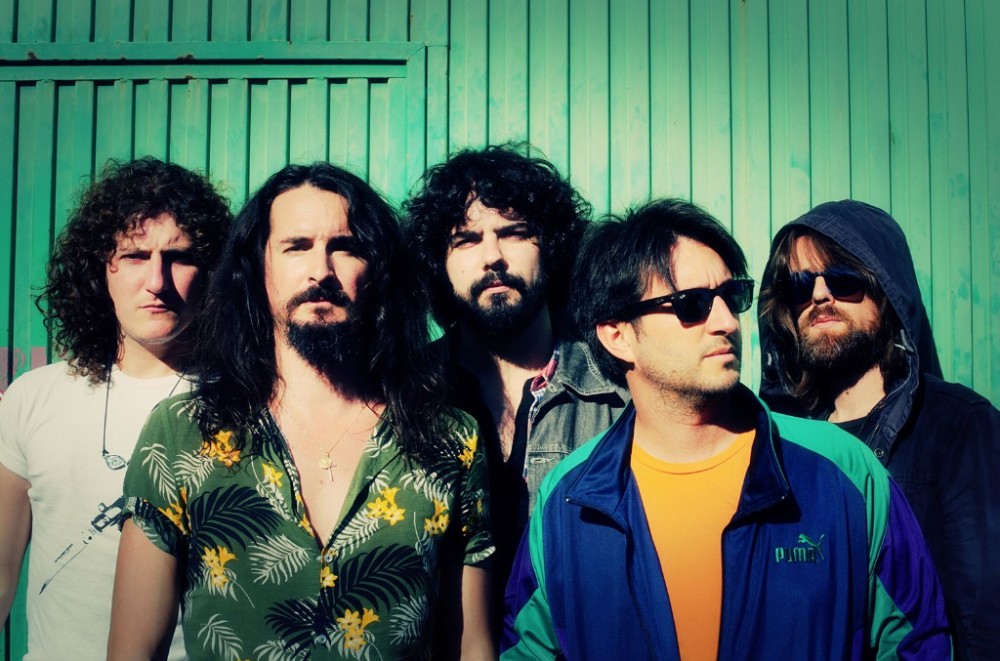 Derby Motoreta’s Burrito Kachimba tripped through 2019 in a euphoric haze, winning the best album prize at Spain’s prestigious critics’ awards, Premios Ruido, and touring around the country; the year finished with a triumphant show in Madrid.

The band from Sevilla, whose music, fed by a mix of influences including Led Zeppelin, The Doors and ’70s pioneering alternative flamenco bands — exemplifies Spain’s own brand of Southern rock. They were looking at a schedule of 40 concerts for 2020; including shows in the United States and Latin America.

“It was like a dream,” says Derby guitarist Walter Scott, known as Gringo. One that like many others is deferred for now because of the coronavirus pandemic. “We were about to get in the van when they announced the state of alarm.”

With Spain in lockdown since March, a dozen concerts were canceled. Other dates, including possible U.S. shows later this year, are up in the air. As soon as they can, they’ll get back into the studio to finish the new album they had been recording.

Like the band’s name, Derby Motoreta’s Burrito Kachimba (Kachimba is a slang word for hookah), is more casbah than mall, more spiraling interludes than made-for-radio choruses.

The group’s members came together in Sevilla, where they found themselves playing in a plaza at a local festival for two thousand people when they had only written one song.

“We didn’t really plan to reference flamenco in our music,” says Gringo. “But it came out naturally.” He describes the band’s sound as “old, but new.”

Led Zeppelin, The Doors and Pink Floyd are also influences. “We don’t make any separation between international and national music,” says the guitarist, noting the band’s love for both flamenco and American music.

“There’s a very special convergence of worlds here in Sevilla,” he says, referring not only to Andalusia’s historic mix of Spanish and Moorish cultures, but the 20th Century arrival of American music imported by the U.S. army base in nearby Rota.

“I don’t think there is another place in the world where the blues and flamenco come together in this way. The music born here has a different vibe.”

Major Accomplishment: A series of “mythical” concerts in 2019 that included appearances at Primavera Sound and Sevilla’s Monkey Week, capped by a sold-out show at Madrid’s Ochoymedia club. “This was Madrid, the capital, and people came with the whole album in their heard,” recalls Gringo. “They knew every song. It was a magic concert.”

What’s Next: “We’ll have to shake off the cobwebs and start again.” Going back into the studio to finish their next album is first on the band’s post-lock-down list, then touring: “We want every concert to be a mystic experience.”

Preview the new album and watch more of the band’s videos below.