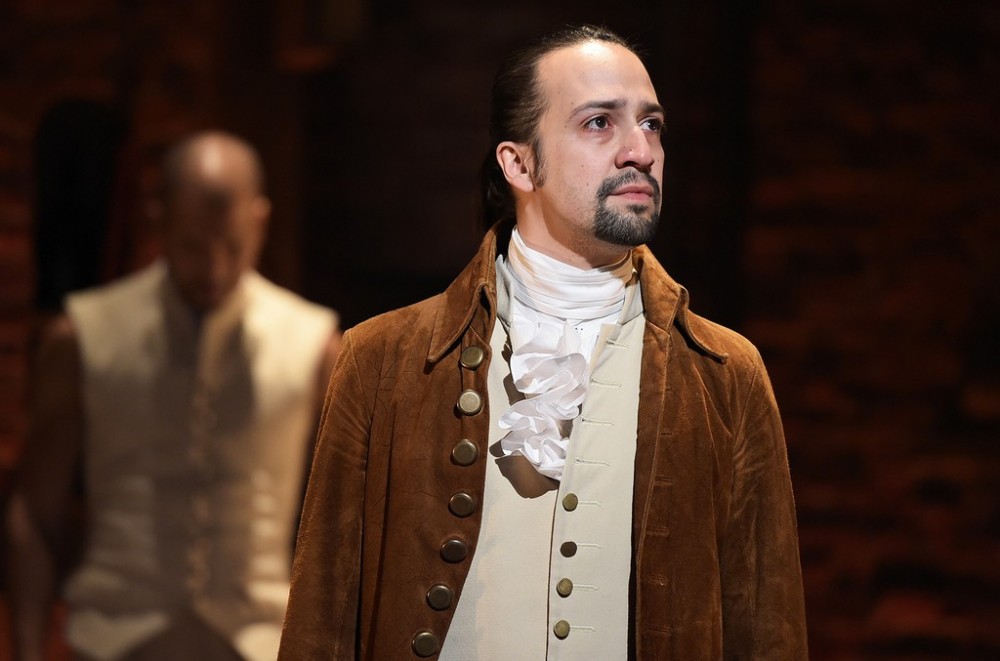 Telling the story of one of America’s Founding Fathers Alexander Hamilton meant encapsulating how Hamilton wrote as a form of resistance and proved the pen was mightier than the sword during the fight for people’s liberation during a historical large-scale revolution, similar to the work of rappers in Miranda’s mind. “I mean, hip-hop’s the language of revolution and it’s our greatest American art form,” he told Lowe during the FaceTime interview. “It was the fact that Hamilton got everywhere on the strength of his writing. That was the whole idea, was, ‘Well, that’s what my favorite MCs do.'”

He peppered in references to The Notorious B.I.G., Mobb Deep and DMX throughout his Broadway musical to honor their rhetoric and establish a precedent within musical theatre through clearances so viewers understood the timeless influence of hip-hop heavyweights.

“They write so brilliantly that they transcend their circumstances and they change the world literally through their power of their pen and their delivery and their oratory. That’s the fundamental idea in it. That’s why it’s such a love letter to hip hop,” the Emmy, Grammy and Tony award-winning actor said. “I want the kids who just only know musical theater when they pick up their liner notes, they see, ‘Contains a sample from Ten Crack Commandments by Notorious B.I.G.’ If you like this musical, you owe it to yourself to listen to the hip hop that you maybe weren’t listening to because that’s the reason this exists, is my love for hip hop.”

The 40-year-old superstar got his love for hip-hop while growing up in the Bronx, where he confessed to stealing his older sister’s seminal ’90s records, from Black Sheep‘s A Wolf in Sheep’s Clothing to A Tribe Called Quest‘s The Low End Theory to Dr. Dre‘s The Chronic. Now for the Apple Music “At Home With” playlist he curated, it comes at no surprise that Miranda pays homage to Run The Jewels, Chika and other lauded genre leaders for his quarantine-essential tracklist.

“I’m like, ‘You won’t notice if I take De La Soul instead’ … just for a minute, just to grab it. Credit to her for having good taste and then me building on that,” he reminisced about his childhood. “It was also I think about ’92, ’93, ’94, it’s also so diverse. It’s also Digable Planet and Wu-Tang [Clan] and The Chronic and Pharcyde.”

Putting Hamilton on Disney+ made the hip-hop musical more accessible to diverse audience members who couldn’t physically or financially make their way to the theater. But its commercial success exposed how the “very white world of theater” didn’t know how to branch out from its usual corner, a corner Miranda understands has been greatly affected by the systemic racism currently being discussed at-length in various industries.

“The fact that Hamilton is the first successful hip-hop musical and hip-hop is 40 years old tells you everything you need to know about how late change comes to the very siloed, very white world of theater,” he said. “And so, those are the conversations we’re having within the Hamilton company, and within sort of the larger world of theater of, how do we return to a more equitable space? How do we return to a space where backstage is as diverse as our cast on stage, where our audiences are as diverse as our cast on stage? Because that’s the other thing, is one of the things I’m proudest of this movie is, it gives everyone the brag of, ‘I saw the original cast for seven bucks.'”

Tune into Miranda’s Apple Music interview here as well as his At Home With playlist here.