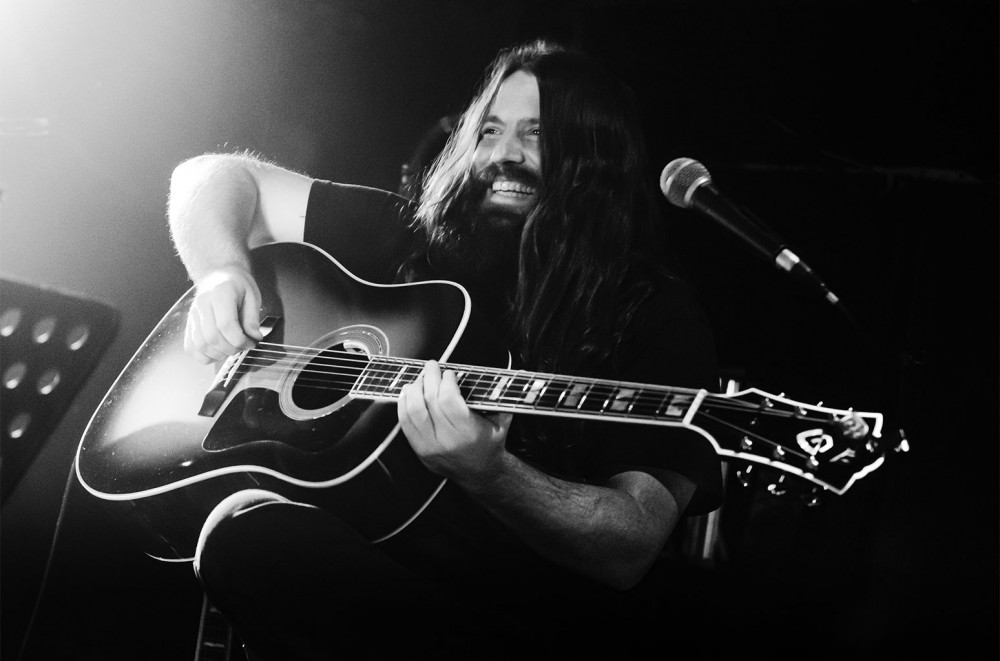 With the new EP Ether following his first solo album, Lamb of God’s Mark Morton is feeling like he’s creating a musical personality for himself outside the band. And both parties are all the better for it.

“It’s certainly not in spite of the band,” the guitarist tells Billboard. “If anything, I think it frees me up a little bit to be clear and focus on my contributions for that band instead of having to muddle through any aspirations I might have that are more melodic or more conventionally rock- and pop-influenced. I have a destination for those ideas now, so it cleans the slate on both sides.

"So I hope I’m establishing kind of an identity outside of the band and maybe, I guess, letting people who care to listen know there’s more to my songwriting than just thrash metal — although I love that too.”

Ether is an outgrowth of touring Morton did last year to support Anesthetic, including a couple of acoustic showcases that piqued his interest in recording that way. “I did a U.S. tour with a full, live electric band, and those acoustic dates had a really different vibe that I liked,” he recalls. “It put me in a head space of kind of writing for that vibe. It all happened pretty quick. This is certainly the fastest creative period or incubation of any project I’ve ever been a part of.”

Morton wrote the tracks “All I Had to Lose,” “The Fight” and “Love My Enemy” specifically for Ether. Meanwhile, for the covers, he felt that doing “She Talks to Angels” with Hale “would really change the angle of it a little bit, having a woman sing it,” while “Black” is his favorite song from Pearl Jam’s Ten and he previously had heard Morales do a solo acoustic version of it. “I feel like there’s a ’90s kind of vibe that sort of weaves through my solo stuff so far,” says Morton, “so I thought those two would be really cool to have as part of everything.”

Having recently finished a run of U.K. solo shows, Morton says he would love to play some more dates, be they acoustic or electric, in the future. He also expects to make more solo records, but right now Lamb of God is beckoning with a new album — its first since VII: Sturm und Drang in 2015, as well as the first that will include drummer Art Cruz, who replaced band co-founder Chris Adler in 2019. (Lamb of God also plans to start its 2020 tour slate in late March in Europe and will be on the road much of the year.)

“There’s sort of a new energy,” Morton says of the set, whose title and release date have not yet been announced. “Our process didn’t change, but the chemistry is a little different in an exciting way. There’s nothing reinvented; it sounds like Lamb of God, but it sounds like a very modern, contemporary Lamb of God. I can’t say too much yet, but everyone’s really motivated and excited to work out these new tunes.”