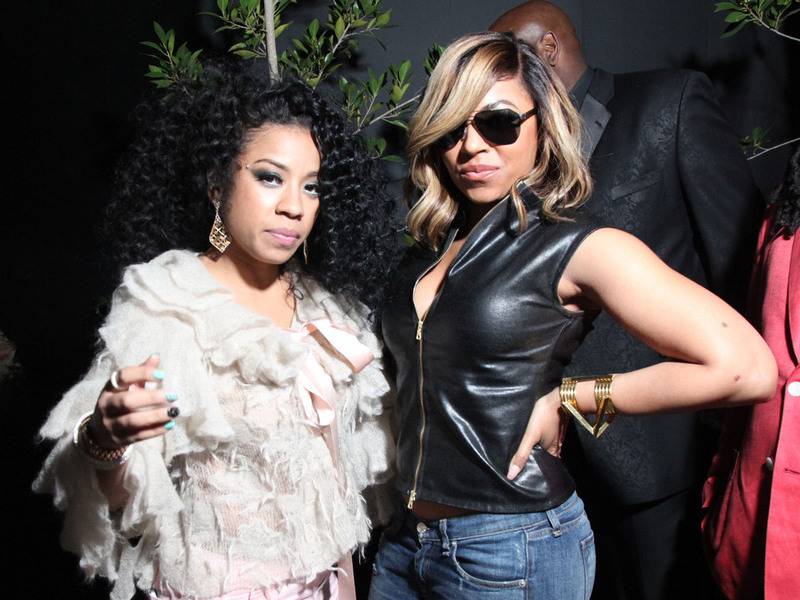 Keyshia Cole’s fans have her entertaining the idea of a Verzuz showdown with Ashanti. The Oakland-bred singer reacted to a fan-made setlist for a potential battle between the two by tagging Timbaland and Swizz Beatz.

“My fans sent me this @timbaland @therealswizzz @ashanti @verzuztv is this accurate,” she wrote.

Ooohhh, would y’all be here for this #Verzuz battle? 👀 #Ashanti #KeyshiaCole

An Instagram Live battle between Cole and Ashanti would likely be another friendly affair akin to Erykah Badu versus Jill Scott or DJ Premier versus RZA. The two singers previously worked together on the 2012 song “Woman To Woman,” which appeared on Cole’s album of the same name.

In terms of a matchup, Cole and Ashanti would have a fairly even playing field — at least on paper. Both women’s careers got started in earnest during the early 2000s, although Ashanti began a little earlier thanks to her breakthrough collaborations with Fat Joe and Ja Rule.

N.O.R.E. Claims Eminem Will Take On DMX In Next ‘Verzuz’ Battle

Cole and Ashanti each have three platinum albums in their discographies, but the latter has an edge in terms of success on the Billboard charts. Two of Ashanti’s LPs have reached the top of Billboard 200 while Cole peaked at No. 2.

When it comes to songs, Ashanti’s got two No. 1 hits in her catalog: her debut single “Foolish” and Ja Rule’s “Always On Time.” Cole, on the other hand, topped out at No. 3 on the Hot 100.