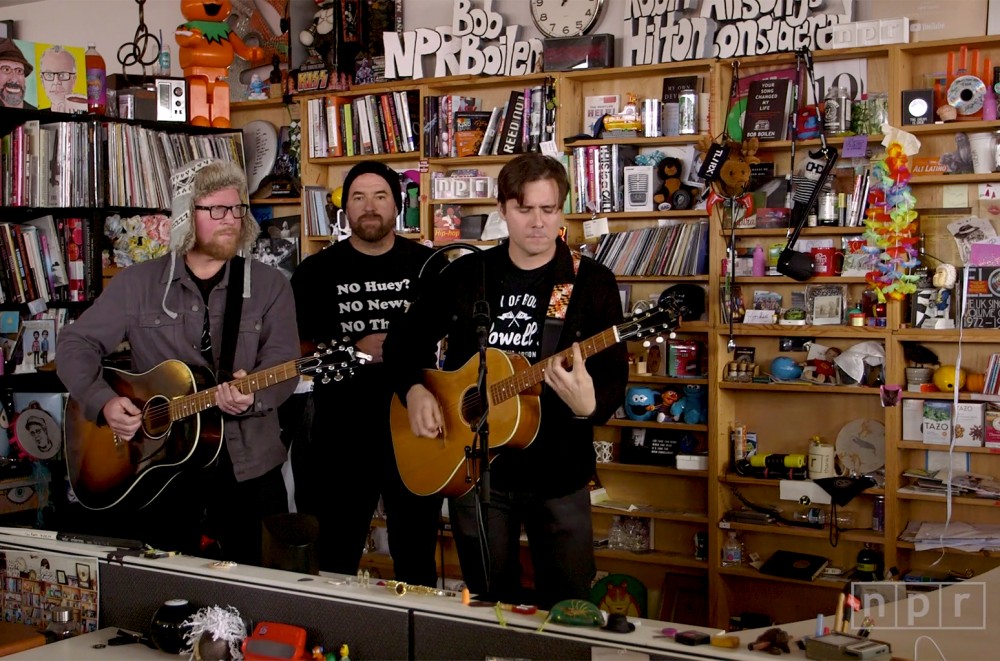 Their playfulness mixed with penetrating reality — "Your sense of self-worth coming from external validation is really just an empty pursuit," leading man Jim Adkins says in between songs — makes for a good-hearted set that left listeners remembering, "Everything, everything will be all right, all right," according to their closing song and 2002 breakthrough single "The Middle."

NPR's Lars Gotrich wrote that the troupe arrived empty-handed, "goofing off with toy instruments" before borrowing "a couple of acoustics, a miniature gong and tambourine emblazoned with Bob Boilen's face." But "Love Never" unites Adkins, guitarist and assisting vocalist Robin Vining and percussionist Zach Lind in a stirring song to start off their set, reiterating the hard work one must put into love.

Every ounce of seriousness in their performance is immediately followed up by a feel-good moment, like "All the Way (Stay)" lifting up the mood with its empowering message of feeling comfortable with who one is before opening up to a potential significant other despite the initial awkwardness. Their longstanding universal themes of loving oneself, allowing one to be vulnerable and knowing everything will be OK don't miss a beat in their mini-concert, especially when the crowd clamors at Adkins' introduction of "The Middle" featuring guitarist Tom Linton.