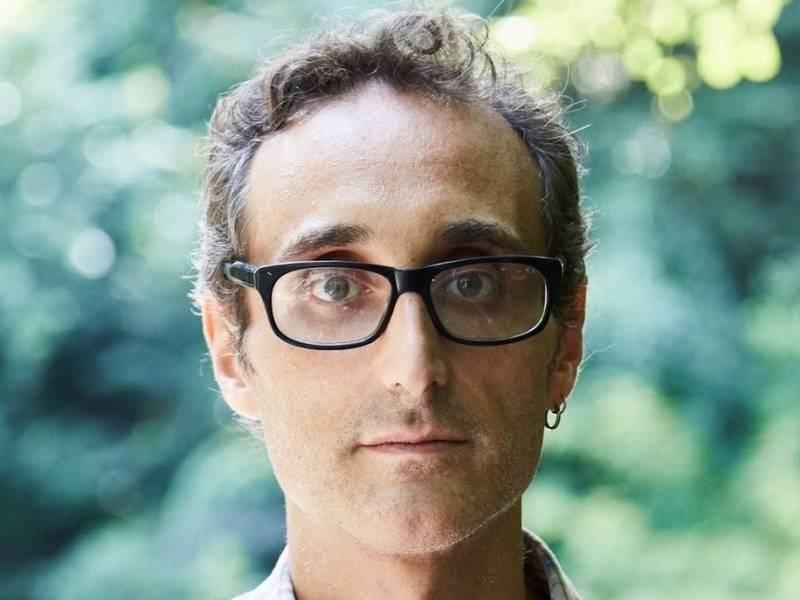 Tekashi 6ix9ine became one of Hip Hop’s most polarizing figures amid a run of platinum records, controversial social media antics, multiple beefs and legal drama that seemed neverending. Love him or hate him, it was fairly impossible to look away from all his headline-making controversies.

As the Brooklyn native currently sits in prison contemplating his next possible move after pleading guilty to racketeering, weapons and drug charges, Complex and Spotify have launched an eight-part podcast series titled Infamous: The Tekashi 6ix9ine (with two epilogue-like episodes to follow).

Narrated by one of Hip Hop’s most legendary radio personalities, Angie Martinez, the series aims to provide a full perspective on what made 6ix9ine so fascinating.

Infamous: The Tekashi 6ix9ine extensively features the work of Complex senior staff writer Shawn Setaro, who also covered 6ix9ine’s entire trial. Setaro spoke to GroovyTracks about the podcast, covering Hip Hop’s biggest criminal case of the last decade, what made 6ix9ine so captivating and if there’s a chance having a post-snitching music career.

GroovyTracks: What were some of your ideas of Tekashi 6ix9ine before you began covering this trial and how did that transform all the way through the verdict and sentencing?

Shawn Setaro: There were a couple of things. The trial itself was two and a half weeks long, but before that, there were ten months of legal wrangling and maneuvering with people pleading guilty and all of that stuff. I certainly learned a lot by attending that. By the time the trial happened, we had done so many interviews for this podcast with so many people that had been around Tekashi 6ix9ine, he had confirmed what we already knew with a few new details that people we talked to weren’t in a position to know.

The broad strokes of what he said on the witness stand corresponded with what we had already been told. My opinions about him kind of changed a lot during the course of it. The trial just confirmed this and filled in a few blanks.

GroovyTracks: The Spotify series Infamous: The Tekashi 6ix9ine Story is narrated by Angie Martinez, who interviewed him in the past. Why use her to narrate considering the media rounds he was making at that time?

She was unique to the position as someone overwhelmingly respected by people who understand the culture of Hip Hop and New York itself. Among other things, this is a very New York story. It’s a reason why she’s called The Voice of New York. Then there was the fact that they did an interview during his run and that interview came up in unexpected ways during the trial. It’s not spoiling anything to say that since all of that is public record. Her interview with 6ix9ine came up during the trial. All of that plus seeing him at his height gave her a unique perspective.

GroovyTracks: During the first part of the Infamous: The Tekashi 6ix9ine Story, you really dig into the early moments of Tekashi’s life, including the murder of his step-father. Between that, signs displaying mental illness of depression and never going to high school and a life that in its earlier stages were leading him to nowhere until music. How extensive was the research to humanize such an individual and eventual scandal that became headline gold in the rap press?

This show tries to give an accurate read on who he is. This was a person with definitive qualities like charisma and a certain type of star power and someone who did some terrible things. I wanted to give a complete picture of who he is and let the people decide their thoughts from there once they see the full scope of things.

GroovyTracks: Can you recall the most surprising discovery or revelation during the trial?

Shawn Setaro: Sure, there were many surprising moments throughout this whole thing. Some that would take longer to explain and too much backstory. There were a couple of moments that stopped the courtroom cold. One was when it was inadvertently revealed by the lawyers that 6ix9ine’s lawyer Lance had a decade and a half long history of representing Shotti and never bothered to tell anyone. That led to months of legal wrangling and hearings. That was a hugely surprising moment.

Obviously, the one that caught the world’s attention was when it was revealed that Jim Jones was the other voice besides Mel Murda on the “Super Violate” phone call. That was not widely known until the trial. To have it revealed and have it be someone so notable was surprising. Getting to know the little details like the heroin deal he did before he got famous or something more serious stuff like domestic violence.

GroovyTracks: How much has the social media era defined how people view 6ix9ine?

Shawn Setaro: He’ll tell you that his story is a social media story. He’ll absolutely confirm that. Social media played a huge roll in his rise. It served as a huge part in capturing the world’s attention. There are a ton of people we talked to who will tell you that Instagram is boring now since he’s not around anymore.

GroovyTracks: Was Tekashi 6ix9ine being so polarizing even on the issue of snitching sort of a key to his success?

Shawn Setaro: Yeah, I think more than one person we spoke to compared him to Donald Trump, and it’s an appropriate comparison. Love him or hate him, you can’t look away. He was a polarizing figure, which means that people were paying attention to him. We did a good job of capturing the full scope of that. This is a story about him, but it’s also a story about us as the people who paid attention to him, why we paid attention to him and what that says about us. That’s one of the things we’re trying to get across in this project.

GroovyTracks: Out of all the episodes planned, which one are you hoping people look out for the most?

Shawn Setaro: I mean, it’s like asking which one is your favorite child. All of them together tell an unbelievable story and they’re all like puzzle pieces that fit together for different reasons. I would say the third episode for me is one that I am particularly proud of because we did a lot of research and digging went into that.

There is some stuff there that I’m pretty sure people haven’t heard yet about some of the people around 6ix9ine. That’s the episode where we dig into Nine Trey and talking a lot about Shotti. That’s one that particularly stands out.

GroovyTracks: At this point, Tekashi sits in jail as Hip Hop and mainstream pop culture have pretty looked to him as a trainwreck. Does he actually have a chance at a music career once he gets out?

Shawn Setaro: This is a question I’ve been asking everyone at this point since the sentence and it became clear that he’d be out before the end of 2020. I think he can. It seems as if he has so much attention that he’ll have one big shot to grab the world’s attention again. What he’ll do and how it’ll play out, we will see.

I do think he’ll have one serious shot to continue his streak as a hitmaker. I think there will be a certain type of rapper who will not be on a track with him. A lot of people have spoken out publicly already. It might take one person to break down the damn. Who knows? Someone might take the bullets and work with him. If they can get a Billboard hit, other individuals might see an advantage in collaborating. We will see what happens.