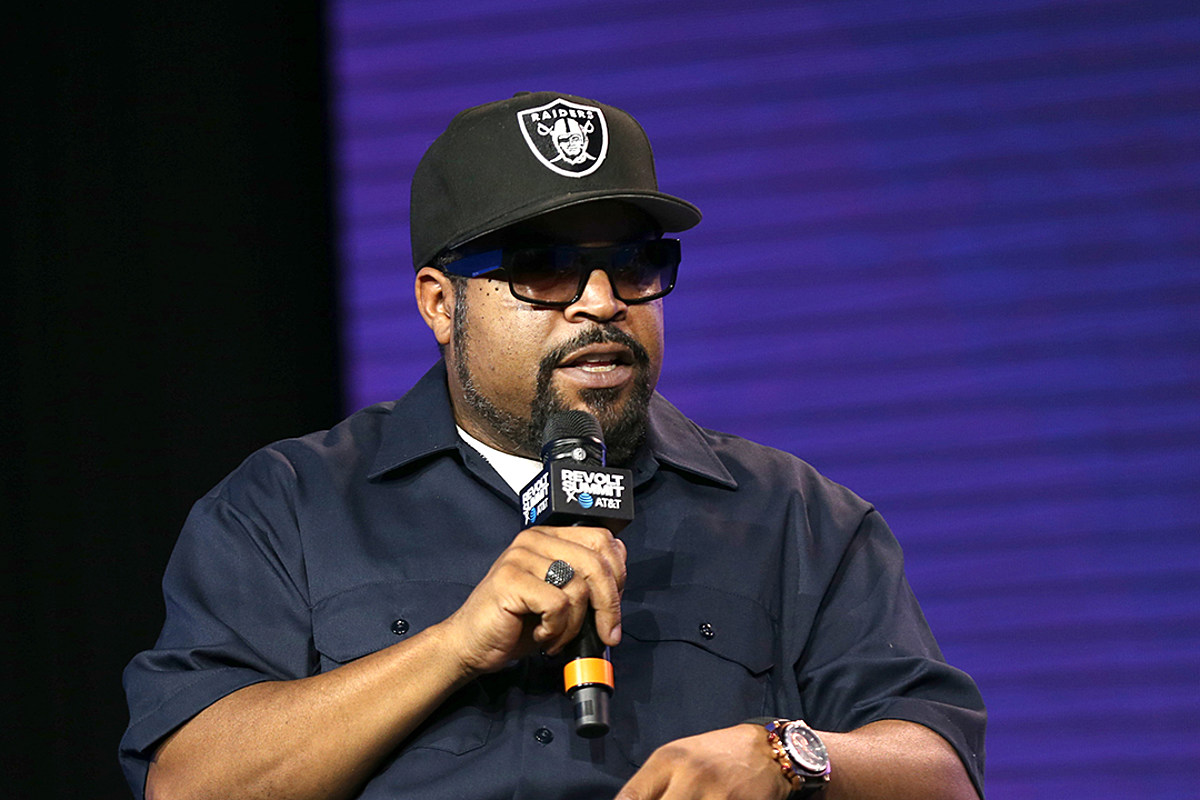 President Trump may have found himself an unpredictable ally in the rap community.

On Tuesday (Oct. 13), Katrina Pierson, a senior advisor for the Trump administration, announced that Ice Cube has been working with the President of the United States to develop his Platinum Plan for his presidential campaign. The Platinum Plan is an outline of Trump's platform, which pledges to bring almost $500 billion into Black communities, provide better and affordable health care, offer access to capital for Black businesses, educational opportunities and more.

Pierson tweeted news of the West Coast rapper's working relationship with the Trump administration yesterday. "Shoutout to @icecube for his willingness to step up and work with @realDonaldTrump Administration to help develop the #PlatinumPlan ICYMI: https://cdn.donaldjtrump.com/public files/press_assets/president-trump-platinum-plan-final-version.pdf… Leaders gonna lead, haters gonna hate. Thank you for leading! ✊🏾," the tweet reads.

In an Instagram video shared by the 51-year-old rapper on Oct. 11, prior to Trump's advisor claiming that Cube is working with the Trump administration, Ice Cube explained why he decided to dive into politics. During the nearly eight-minute long clip, Cube chooses not to align himself with the Democrat or Republican party, but instead affirms he has made contacts to talk about real issues.

"I've been making contacts trying to talk about these real issues. Straight up, I believe the Democrats have… they've been nice," Cube started. "They've been cordial, so to speak. I don't really see them pushing their policies in any different direction. They're still talking this minority, minority, people of color shit that don't necessarily include us. That don't necessarily include Black Americans, especially descendants of slaves."

He did, however, confirm he has met with Republicans to discuss policies and says that the political party has proposed $500 billion, presumably to the Black community.

"We also met with the Republicans and shit. They brought us in. We talked to ’em," Ice Cube went on. "They've moved their agenda a lot because of what we said. You know, they put $500 billion on the table. Who knows what's gone really happen. I just know one of ’em gon' win. I don't know if it can really matter to us. We gotta just push whoever's in there ’cause ain't nobody really solved our problems. People say we can't take another four years of this. Black people, we can take anything, shit."

After Pierson shared the news on social media, and the information picked up across social media today, Ice Cube was met with backlash on Twitter from fans and critics alike.

"Hearing that Ice Cube — one of my favorite rappers from the early 90s — is a trump supporter…is crushing. F*CK ICE CUBE.," an Ice Cube fan wrote on Twitter.

"What's fucked up about this Ice Cube situation, he didn't have the courage to say he was working with Trump, he used BLACKNESS as his platform to speak on Trump behalf. He's a coward, we had to learn about his partnership with Trump from a white woman 20 days before an election," another person wrote. Pierson is of mixed race, born to a Black father and White mother.

XXL has reached out to Ice Cube for a comment.

See some Twitter reactions to claims that Ice Cube is working with the Trump administration below.