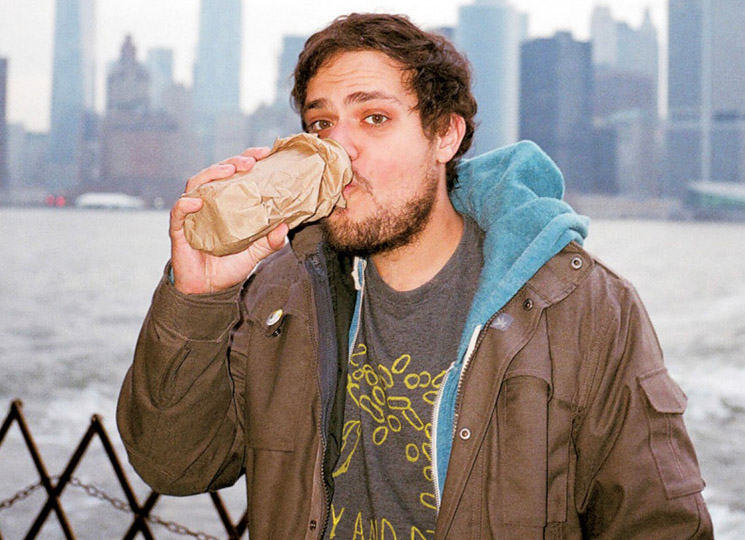 Brooklyn punk Jeff Rosenstock is calling on his fellow Americans to be better citizens amid a deeply divided U.S. political landscape led by “a bully in the White House.”

The veteran band leader, formerly Bomb the Music Industry!, just released his surprise third solo album POST- for free on New Year’s Day, just over a year after his breakthrough record WORRY. in late 2016. Rosenstock wrote this new set emotionally and politically charged songs while on a winter retreat at a friend’s trailer in New York’s Catskill Mountains in the days following the presidential inauguration Donald Trump.

“There were so many things that happened that first week, it was just like, ‘Oh shit. This is all happening,'” Rosenstock tells Exclaim! “It was intense. I was happy to be alone. I was happy to be f the internet … I had the Times on my phone, and that was it. I was just trying to process what was happening and what we’re going to do.”

POST-, which is getting a formal release on Polyvinyl, opens with “USA,” a song that tries to put into words the staunchly anti-Trump singer’s feelings the day after the 2016 election.

“It was like the hum you feel after an electrical storm. There’s something weird in the air. I remember we were driving around the Midwest, looking at people in their cars or at the gas station thinking, ‘Did you fucking do this? What the hell?'” he says.

POST- has received glowing reviews since its release on Jan. 1, with one critic calling it “the first great album 2018.” The record grapples with the American political climate on a personal level, with Rosenstock trying to figure out for himself what’s the best way forward.

He tells Exclaim! that everyone has a role to play in being better to one another, along with doing their civic duty to make their voices heard.

“I don’t know if anyone has a responsibility to make anyone’s life better — it’s not like we’re all Batman — but we all do have the ability to be nice to people we meet, try to be respectful, try to treat people the way we would like to be treated. It takes some time to realize that doing that is just as easy as being mean or nasty to people,” he says.

“Plus,” he adds, “people need to vote in the fuckin’ midterm elections over here, instead talking about Oprah running for president in 2020, as if we don’t have the chance to boot Republicans out the House and Senate. Get these fuckers out there.”

You can listen to Jeff Rosenstock’s new album POST- here. Part the proceeds will be donated to Defend Puerto Rico to help with the recovery efforts from Hurricane Maria.