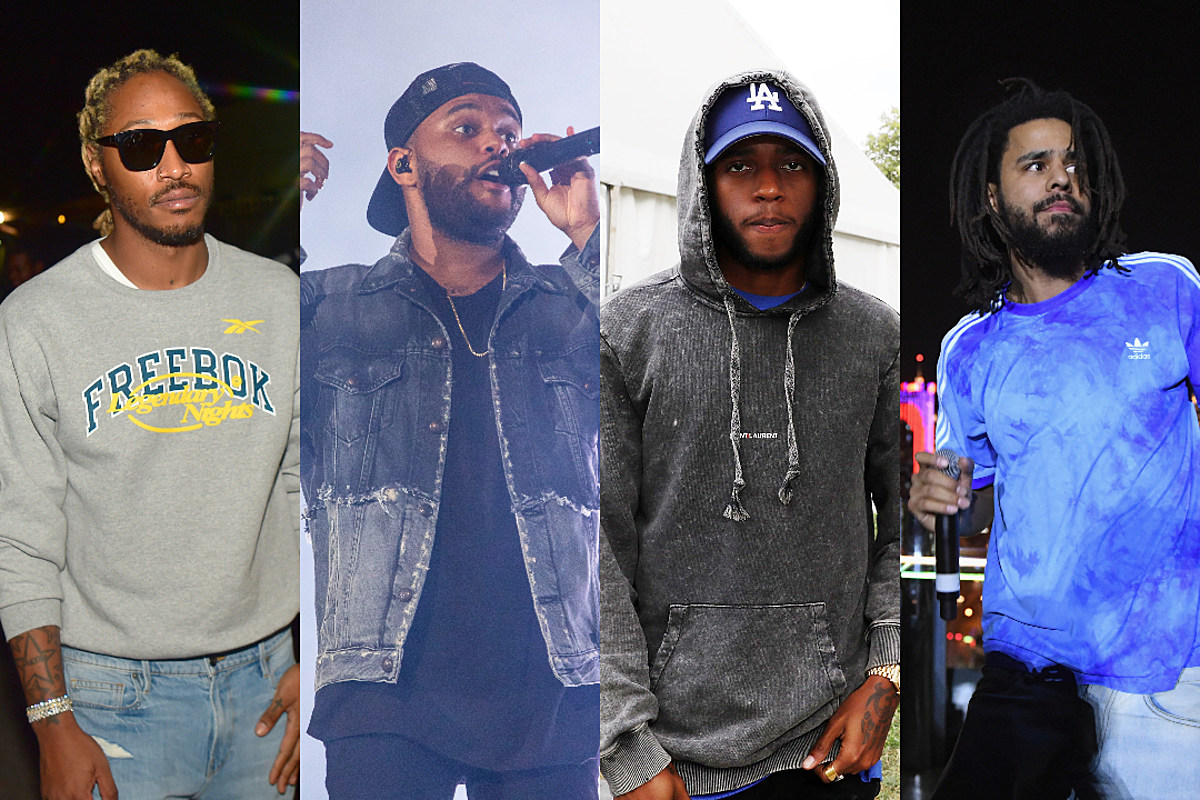 The idea of music itself is all-encompassing, but genres were created to differentiate between sounds and styles. Looking back into the history of music, there aren't many genres that have grown as close together as hip-hop and R&B. Aside from both genres being created by (and mostly carried on by) Black artists, their synergy makes sense. Some of the most memorable songs from either side have come via rappers and singers teaming up, whether it's singers rapping, rappers singing or each doing their respective skill of choice. Today, XXL highlights some of the best rap and R&B collaborations, focusing on hit songs, all of which have gone gold or platinum since 2015.

At a time, it felt like Future and The Weeknd's 2016 song "Low Life" was everywhere. On paper, it was an interesting fit of styles, but the actual song brought it all together, with both artists' using their somewhat dark personas to make a hit. Future is a rapper with R&B sensibilities whileThe Weeknd is an R&B-centered pop singer with the subject matter of a rapper. To no surprise, the record is now seven-times platinum, a hit by any metric.

More recently, Wale and Jeremih's "On Chill" found its way to two-times platinum success, thanks to quality songwriting and good chemistry between the two artists. Wale is no stranger to hit rap songs with an R&B feature; 2011's "Lotus Flower Bomb" featuring Miguel and 2013's Tiara Thomas-assisted "Bad" are two of the bigger successes from his past. In addition to that, Jeremih and Wale have worked together numerous times, striking gold with "That Way" and "The Body" in 2011 and 2014, respectively.

Then there's 6lack and J. Cole's "Pretty Little Fears. The platinum-selling track, which is featured on the singer's sophomore album, East Atlanta Love Letter, finds the two delivering longing lyrics about the opposite sex. 6lack is focused on his lady's assets ("Got on your bodysuit, you know I'm on your ass today/Would you let me hit it thrice if I asked today?") while Cole lifts up his woman. ("I raise you, you raise me, let's turn this whole life ’round/You can confide in me/I could take the weight up off your shoulder blades/And try to store the pain inside of me").

Check out more undeniable hit rap and R&B collabs, and find your favorites below.