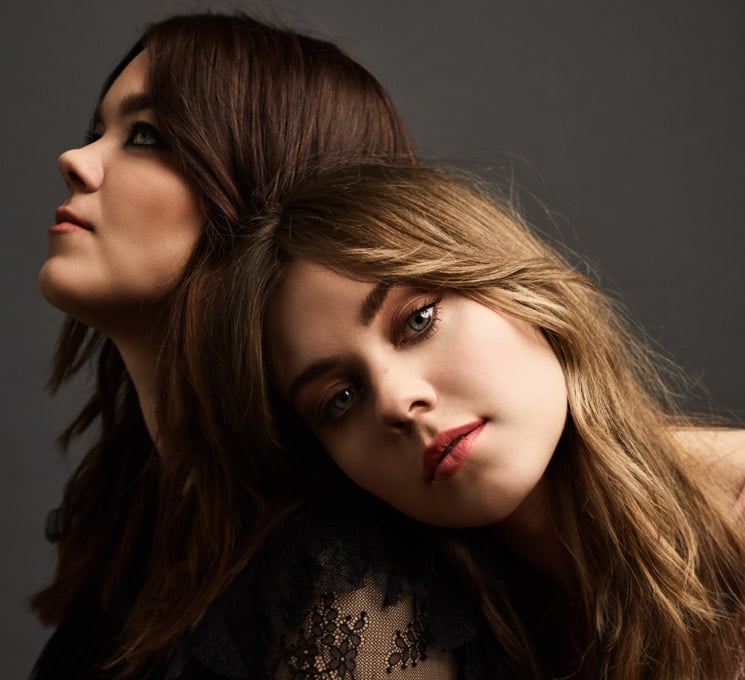 Since they uploaded their cover Fleet Foxes’ “Tiger Mountain Peasant Song” to YouTube in 2008, First Aid Kit have been riding a non-stop wave good fortune and excellent songwriting that found the Söderberg sisters gaining some high-prile fans, working with Conor Oberst, Jack White and Fever Ray’s Karin Dreijer throughout their inaugural seven-year run.

After taking a nearly four-year break between 2014’s Stay Gold and their latest, Ruins, the Swedish duo have begun a new chapter in their career, complete with a new cast collaborators.

“Klara and I were burned out so we took a little break,” vocalist and guitarist Johanna Söderberg tells Exclaim! “We just told ourselves that we didn’t have to write any songs, no pressure, and that the next album would take however long it was going to take. We wanted to work with someone new, just to get out our comfort zone with longtime producer] Mike Mogis”

Travelling to L.A, Johanna and Klara penned the majority the 10-track album and recorded it with Tucker Martine (the Decemberists, My Morning Jacket, Laura Veirs). As the veteran producer brought in an impressive backing band — comprising R.E.M.’s Peter Buck, McKenzie Smith Midlake and Wilco drummer Glenn Kotche — Johanna originally felt intimidated by the prospect working with some her heroes.

“When you have so much respect for someone, you’re like ‘ugh!’ — you wonder if the songs are good enough, but it worked really well and we kinda instantly knew from the first day tracking that it was the right decision.”

The “sadness and pain” Klara alludes to comes from a serious breakup she went through before recording the new album, an event that would permeate much the record’s feel, from the soaring melancholy “It’s a Shame” to the gentle and honest title track.

But it’s the autobiographical nature the lyrics, paired with the rawness the arrangements that makes Ruins such a powerful and arresting listen, something Klara surprisingly describes as a bit liberating.

“I think you gain a lot perspective about things when you write about them. When we’re singing about something that’s hard and you can tell that other people have taken it to heart and relate to it. It becomes something bigger than something that you’re experiencing, it feels beautiful in a way.”

Ruins is out January 19 on Columbia.