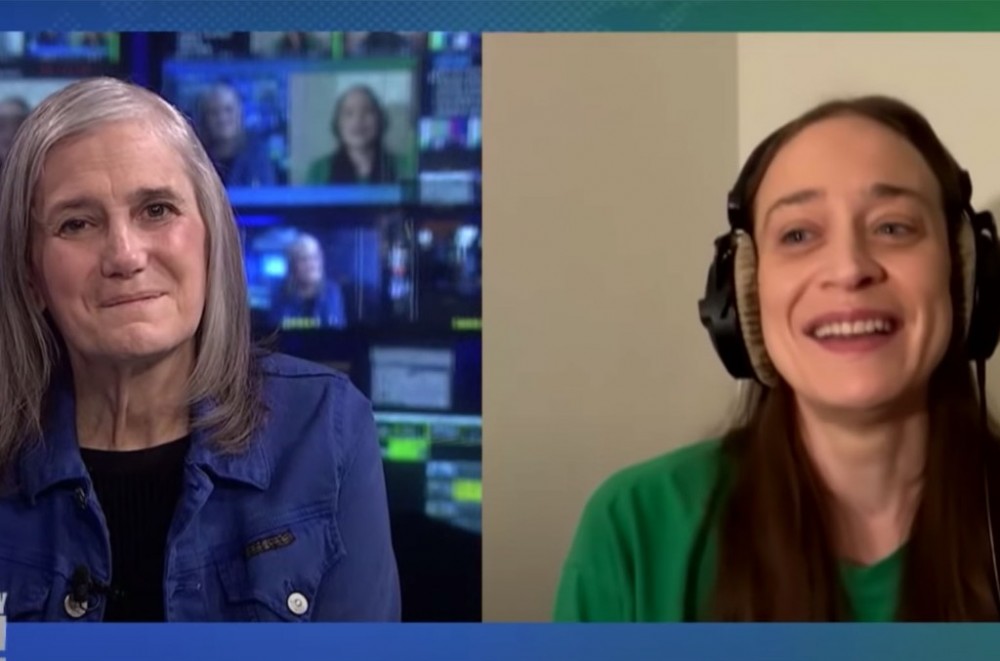 In a rare TV interview with "Democracy Now!," Apple discusses the importance of listing the unceded indigenous territories where she recorded "Fetch the Bolt Cutters."

Fetch the remote! Fiona Apple made a rare television appearance Tuesday on Democracy Now! to discuss her new album Fetch the Bolt Cutters.

Her first new album in eight years simultaneously conquered the Top Rock Albums and Alternative Albums May 2-dated charts, and its solid footing parallels where she recorded it: on indigenous American soil.

Apple teamed up with Eryn Wise — a Native American activist and the communications/digital director of the indigenous-led collective Seeding Sovereignty — to acknowledge indigenous territory through her music. Beneath the track list on the back of the album cover, she writes that Fetch the Bolt Cutters was “made on unceded Tongva, Mescalero Apache, and Suma territories.” But Apple revealed in the new interview that this was a slight departure from their much larger plan that other American artists could follow.

“She wanted to start this project, which I think is amazingly smart and would be so nutritious for Americans, is that when artists go on tour, that they acknowledge the lands, the unceded lands, that they’re performing on, and perhaps educate people… about the tribes that lived on those territories, so that we can keep aware of where we are and what the story is,” she told Amy Goodman of Democracy Now! “Now, the fact that we can’t tour now until probably 2022 maybe or late 2021 means that I can’t do that on the road, so Eryn brought this up to me when the album was finished. She said, ‘I wonder if you would consider doing this on the album.’ And I just thought, ‘Absolutely, of course. That makes total sense. And yes, I would love to do that.'”

Wise helped Apple distinguish the correct land names for each place she recorded her latest studio album, from her house in Los Angeles — which the 42-year-old singer-songwriter properly identified as Tongva — to a pecan ranch in Texas.

When Goodman later interviewed Wise during the broadcast segment, she discussed in-depth how land acknowledgments like Apple’s album liner notes help indigenous people reclaim their land and culture. “In terms of land and water acknowledgments, they’re formal recognitions of any and all original peoples and defenders and protectors of territories that have been unceded by Indigenous peoples,” the Seeding Sovereignty organizer said.

Wise continued: “So, basically, what we’re asking is for folks to do the first step — it’s really a first in a series of many steps — towards reclaiming land, reclaiming culture, and also returning land eventually, but having folks be aware of the territories that they’re on, learn the histories of the original peoples and also learn the names of these lifeways, you know, like the rivers and also our different creeks and our oceans, and realizing that there are people that recognize all of these lands and waters, these more-than-human kin, by original place names, by original names given to them by the creator.”