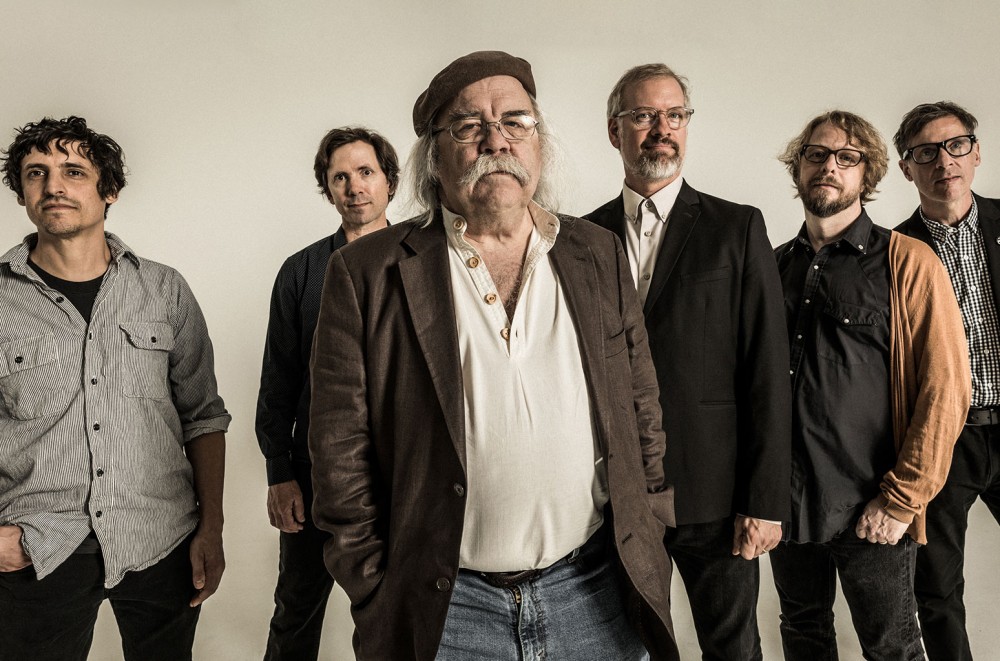 Eyelids' Chris Slusarenko and John Moen had to get past certain feelings of insecurity and propriety on the Portland rock group's fourth album, The Accidental Falls — whose animated video for the title track, created by the duo, is premiering exclusively below.

The 13-song set, produced by R.E.M. guitarist Peter Buck, is a collaboration with poet Larry Beckett, onetime lyricist for the late Tim Buckley, who happens to be the father of Slusarenko's son's best friend. "Larry's wife was like, 'You know, Larry's in music, too,' and Larry's like, 'I wrote lyrics for Tim Buckley' — what?!'" Slusarenko tells Billboard with a laugh. "In my head Tim Buckley is such an icon, so fully formed lyrically and musically I never pictured him having someone who did lyrics for him. I told (Beckett) about our band and the next time I saw him he had delved into all our records and was asking all sorts of question and said he loved the lyrics and the harmonies and the vibe of it.

"And (Beckett) just said flat-out, 'If ever you would be interested in collaborating, that would be pretty cool.' So John and I went over to his house and thought maybe we'd do a song or a couple songs and he had a lot more than that. We left with a bunch of material from the '60s up to now and started writing. It was pretty heavy, in a weird way."

Bringing a third force into the fold wasn't easy for the pair, however. "I think we were both interested but not willing to give up a lot yet," Moen explains. "We're still not super established as a band. We're still trying to find a voice, I think. It was a little scary, the idea of a huge collaboration. But when someone like that is into your work to the degree they want to collaborate, it definitely feeds your confidence." Slusarenko adds that, "We kind of hear in our heads how we want (the songs) to be and where they're gonna go, so it was a little scary to let go and not know what this was gonna be. But it came out great."

For good measure, Eyelids — whose members hail from the Guided By Voices, the Decemberists and the bands of Elliott Murphy and Stephen Malkmus — also covered Buckley's "Found at the Scene of a Rendezvous That Failed" on The Accidental Falls.

The title track video, meanwhile, is a tag-team effort sketched by Slusarenko and animated by Moen — what the former calls "a little bit of the Little Rascals, 'Let's put on a show!' That's pretty how much owe do everything." He considers the energetic and playful swirl of images to be "part Schoolhouse Rocks, part Shel Silverstein, part hopeful message, part horror movie." Beckett's lyrics for the song add to the surreal nature of the song, drawn from works by 18th and 19th century German writer Johann Wolfgang von Goethe. "It was already a weird song, lyrically, just by extension of where it came from," Slusarenko notes. "It was fun to kind of go into that kind of surreal thing Larry had already been cracking and let John take his shot at it. It's probably the most rocking translation of Goethe's work to date."

With The Accidental Falls out Feb. 14, Eyelids will be returning to the road two weeks later, with U.S. dates currently booked into early June and more to come. "It's funny now," Slusarenko says, "'cause when we go out we either get to play with a lot of our heroes — like Dream Syndicate, Camper Van Beethoven or Peter (Buck), Drive-By Truckers, and they're all older than us, and then we'll play with bands that are like 22, 23 years old. So we don't feel old, but I think when we were growing up there was no way to imagine that you would maybe still have a band when you're in your fifties. But when you look at the surviving members of Suicide, it's like yeah, why not? We went and saw John Cale a couple years ago, and it was incredible.

"It's like, yeah, if you've got it why would you stop doing something that you love?"