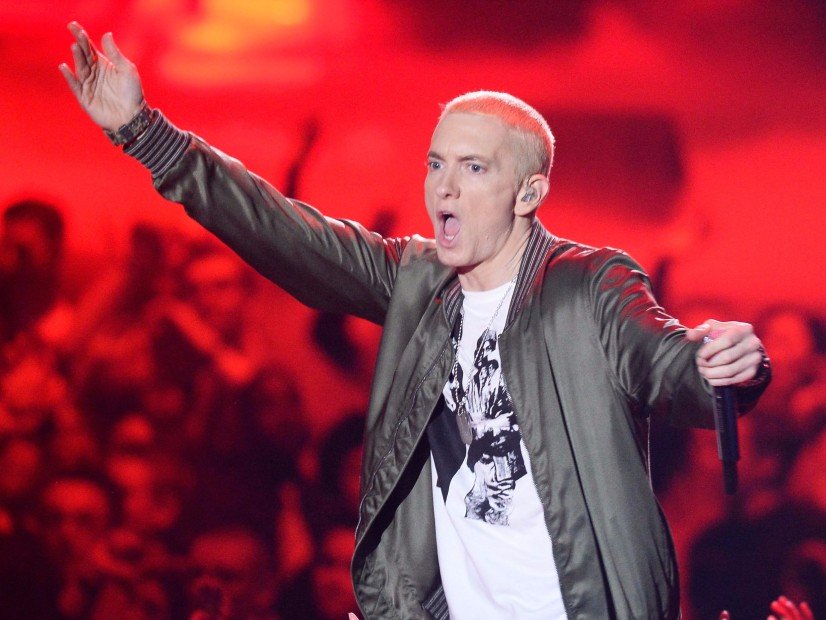 A week after Eminem unleashed his 11th studio album Music To Be Murdered By, Slim Shady is having some fun with his fans on social media. On Friday (January 24), Em shared a meme featuring four different photos of himself — one each for LinkedIn, Facebook, Instagram and, interestingly enough, Grindr.

In the LinkedIn photo, he looks dapper with a collared shirt and tie. For his Facebook profile, he’s rocking a full beard and trench coat with a look of seriousness slapped across his face. For Instagram, he’s dressed in a Santa suit pretending to dry hump a plastic reindeer and for his Grindrr picture, he’s totally naked aside from a stick of dynamite covering his nether regions.

“Did I do this right,” he joked in the caption.

Did I do this right? pic.twitter.com/ZkoV5T4yxB

The post follows an open letter Shady penned to his listeners and critics earlier this week regarding the album.

“In today’s wonderful world murder has become so common place that we are a society obsessed and fascinated by it,” he wrote in part. “I though why not make a sport of it, and murder over beats? So before you jump the gun, please allow me to explain. This album was not made for the squeamish. If you are easily offended or unnerved at the screams of bloody murder, this may not be the collection for you.”

“Cause, see, they call me a menace and if the shoe fits, I'll wear it. But if it don't, then y'all will swallow the truth, grin and bear it” #Renegade #MusicToBeMurderedBy pic.twitter.com/2aIFk2kz8a

Music To Be Murdered By is expected to debut at No. 1 on the Billboard 200 next week. If it does, Eminem will become the first artist in the chart’s history to earn 10 consecutive No. 1 albums. He’s currently tied with Kayne West at nine.