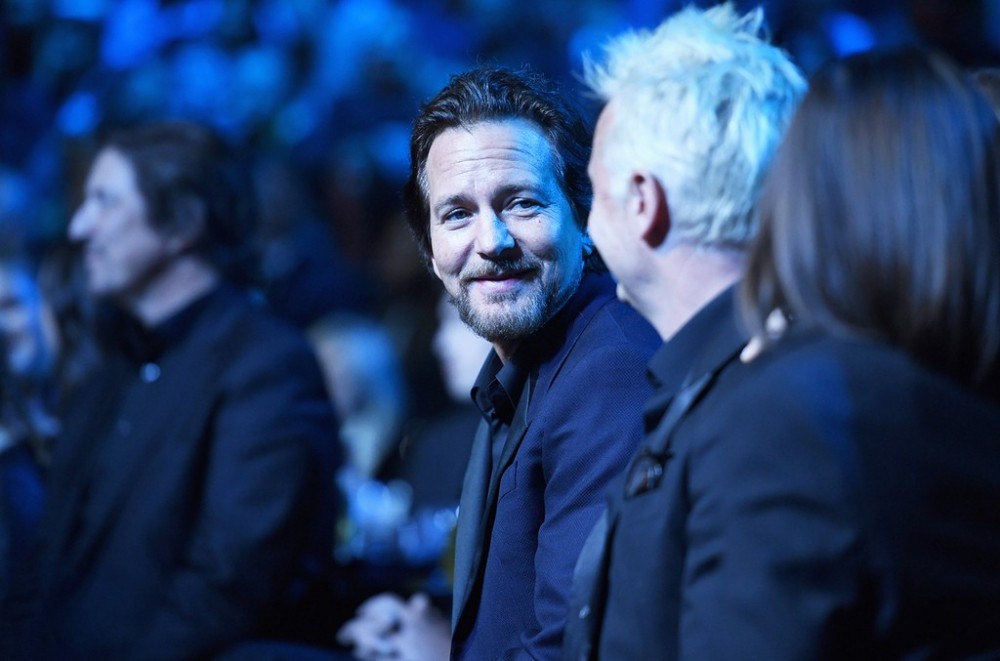 Vedder and Rodman’s friendship has played out multiple times in Chicago’s Wrigley Field, from when the NBA star carried the Pearl Jam frontman in his arms during Rodman’s favorite song “Black, Red, Yellow” in 2016 to the time he crashed another show in 2018 to show his love to all the fans based in the Windy City.

But he interwove his devotion to Pearl Jam throughout his booming basketball career in the late ’90s, which Vedder recalled on The Bill Simmons Podcast on The Ringer from Saturday (May 16). “He would put on our music and watch the tapes, put on his music and watch the tapes,” the 55-year-old musician said in awe of his one-of-a-kind rebounding knowledge. “That guy worked so hard. There was all the… the wedding dress and all the stuff he would do, but man, that guy worked hard.”

Vedder suggested he and Rodman read books for his nights off, but the former pro baller had a much more wild idea in mind one evening. The Gigaton artist remembered one time after the Bulls finished practice in Seattle before their game the following day with the former Seattle SuperSonics team, Rodman’s security guard George presented him with three plane tickets to Las Vegas.

Even though Vedder said Bulls former head coach Phil Jackson liked him for keeping Rodman on the straight and narrow, Rodman decided to take him up, up and away for the night of their lives.

“We end up going through the f—ing Seattle Airport. I mean, old ladies loved Dennis Rodman. I mean, we’re just like running through the airport. People are like creating a running trail behind him like this river,” he reflected on their tumultuous journey. “‘Dennis! Dennis!’ screaming. And he’s going, ‘Eddie Vedder right here! Eddie Vedder right here!’ He’s pointing at me.”

Their one-night-only Vegas stunt ended with the two enjoying the Jane’s Addiction show from the side of the stage with a beer in their hands. “Dennis looks over at me and he goes, ‘It’s relaxing, right?'” Vedder remembered, still laughing.

Listen to Eddie Vedder’s segment on The Bill Simmons Podcast below.