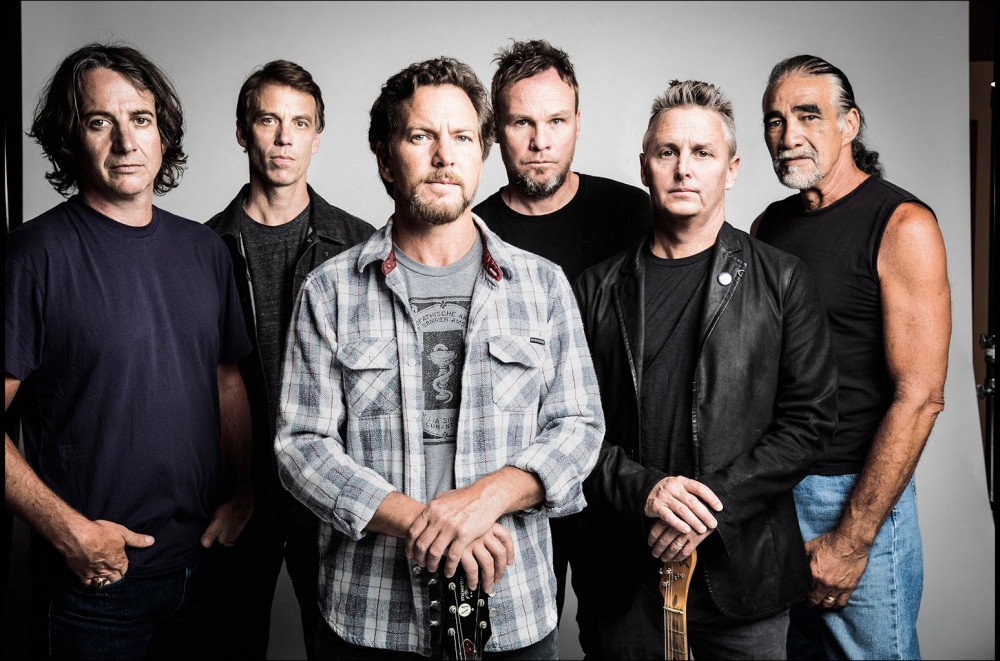 Turns out Eddie Vedder is quite the gracious host. The Pearl Jam frontman poured tequila shots and toasted with guests Friday (Jan. 24) during an intimate listening party at L.A.’s NeueHouse for the band’s 11th studio album, Gigaton, due March 27 on Republic Records imprint Monkeywrench.

After an introduction by Republic CEO Monte Lipman, a chill but visibly excited Vedder took the mic to welcome the crowd and pull back the curtain on the band’s first studio album since 2013’s Lightning Bolt.

“There’s a mystery to the creative process,” Vedder said. “Sometimes there’s an element that lands on it. You can pray, you can meditate — but sometimes it happens and sometimes it doesn’t. To say there was some magic involved with this [album] would be more self-confidence than I’ve ever had… but I think you’re going to hear it.”

Produced by the band with longtime collaborator Josh Evans, Gigaton was mixed and presented in Dolby Atmos, which accentuated the elaborately layered sounds that interplay across the 12 tracks. Evans told the audience Dolby Atmos “helps us share with you how we hear it in our minds.”

The playback event followed the release of first single “Dance of the Clairvoyants,” which dropped earlier this week with a retro-vibe effervescence and funk, and a palpable nod to Talking Heads-era David Byrne.

Earlier this month, Pearl Jam treated fans to an Internet scavenger hunt-style reveal of the album’s cover art, which features an image captured in Svalbard, Norway of an ice cap gushing meltwater. When viewed via the Gigaton Instagram filter, augmented reality appears to show the water in motion.

When not up mingling, Vedder — the only Pearl Jam member at the event — sat intently taking in the album, swaying to the beat and even indulging in a little air-drumming. At the conclusion, he thanked the myriad collaborators who helped bring Gigaton to fruition, and offered a personal reflection.

“Even I was a little moved at the end. That’s a good sign,” Vedder said before thanking his “new drinking buddies” and noting, “I’ve never had this much tequila in the afternoon.”

Pearl Jam heads out on the first leg of the band’s tour March 18 in Toronto, playing North America in March and April before embarking on a European summer tour.