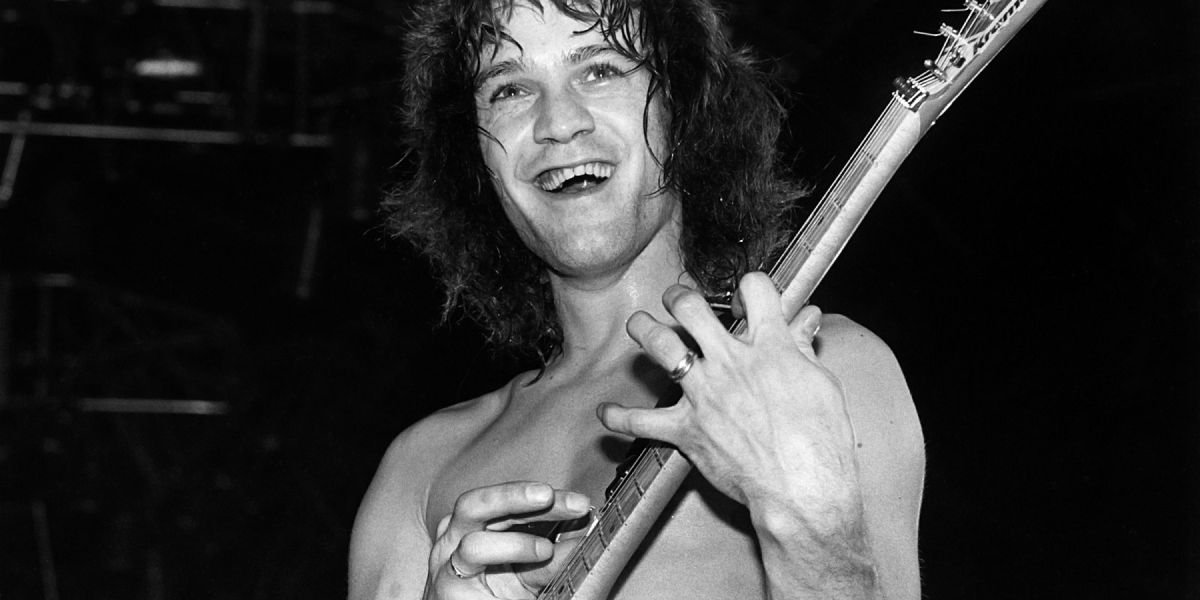 The era of 80s hair bands may be over, but some of its gods will live on forever.

Eddie Van Halen was one of those gods, a rocker who fundamentally changed music, supercharged thousands of crowds with his infectious energy, and inspired infinite numbers of kids to pick up an electric guitar.

Van Halen passed away today after a prolonged fight with throat cancer. “I can’t believe I’m having to write this, but my father, Edward Lodewijk Van Halen, lost his long and arduous battle with cancer this morning,” his son, bassist Wolfgang Van Halen, shared on social media. “He was the best father I could ever ask for. Every moment I’ve shared with him on and off stage was a gift. My heart is broken and I don’t think I’ll ever fully recover from this loss.”

Van Halen was a musician with a special gift for doing what music does best: making you feel things. Often, what he made people feel was pure joy.

Part of this was thanks to his tremendous technical skill. He ranked first in a 2012 Guitar World list of best guitarists of all time and eighth in a 2015 Rolling Stone list. His musical style was full of tapping, mind-blowing riffs and whatever magic X factor defines truly great guitar playing.

Eddie Van Halen was born in Amsterdam in 1955, and his family immigrated to Pasadena, California when the budding musician was eight. His mother worked as a maid and his father was a janitor before leaving to pursue a music career of his own.

Eddie and his brother, Alex, formed a band called the Broken Combs while in school. Initially resistant to guitar, Eddie compulsively studied Britrock and learned every note of Eric Clapton solos. Soon enough the Van Halen brothers formed their signature band and began touring Pasadena and Hollywood clubs. They released their debut record, a self-titled album featuring iconic songs like “Eruption,” in 1978; it cracked the Billboard Top 200 and has gone on to sell 10 million copies.

Their second album, 1984, shot the group to stratospheric popularity. They released iconic songs like “Jump” and “Hot for Teacher,” and Eddie also lent his talents to Michael Jackson’s “Beat It.” Despite some intense friction among members, Eddie remained a centerpiece of the band.

Van Halen is one of the most popular hard rock bands ever to come out of LA, and Eddie inspired an entire generation of hard rock and metal guitarists. “Eddie put the smile back in rock guitar, at a time when it was all getting a bit brooding. He also scared the hell out of a million guitarists around the world, because he was so damn good. And original,” guitar virtuoso Joe Satriani told Billboard in 2015.

Countless rock stars and fans are mourning his death. Lenny Kravitz called him a “legendary guitar and musical innovator” in a post and said, “Heaven will be electric tonight.”

Red Hot Chili Peppers bassist Flea also offered a moving tribute that read, “I love you Eddie Van Halen, an LA boy, a true rocker. I hope you jam with Jimi tonight…Break through to the other side my brother.”

I just heard about Eddie Van Halen and I feel terrible about it. Eddie was such a great guitarist and I remember ho… https://t.co/1S9xHQl5dR