Drake appears to have some serious firepower behind the boards  his upcoming album Scorpion.

The chart-breaking 6 God hit his Instagram Story late Monday night (May 21) to tease DJ Premier’s involvement with the project, which is set to arrive sometime in June.

The picture features a young Preemo with a scorpion emoji overlayed on top. It’s currently unclear what Premier’s contributions to the LP will be. 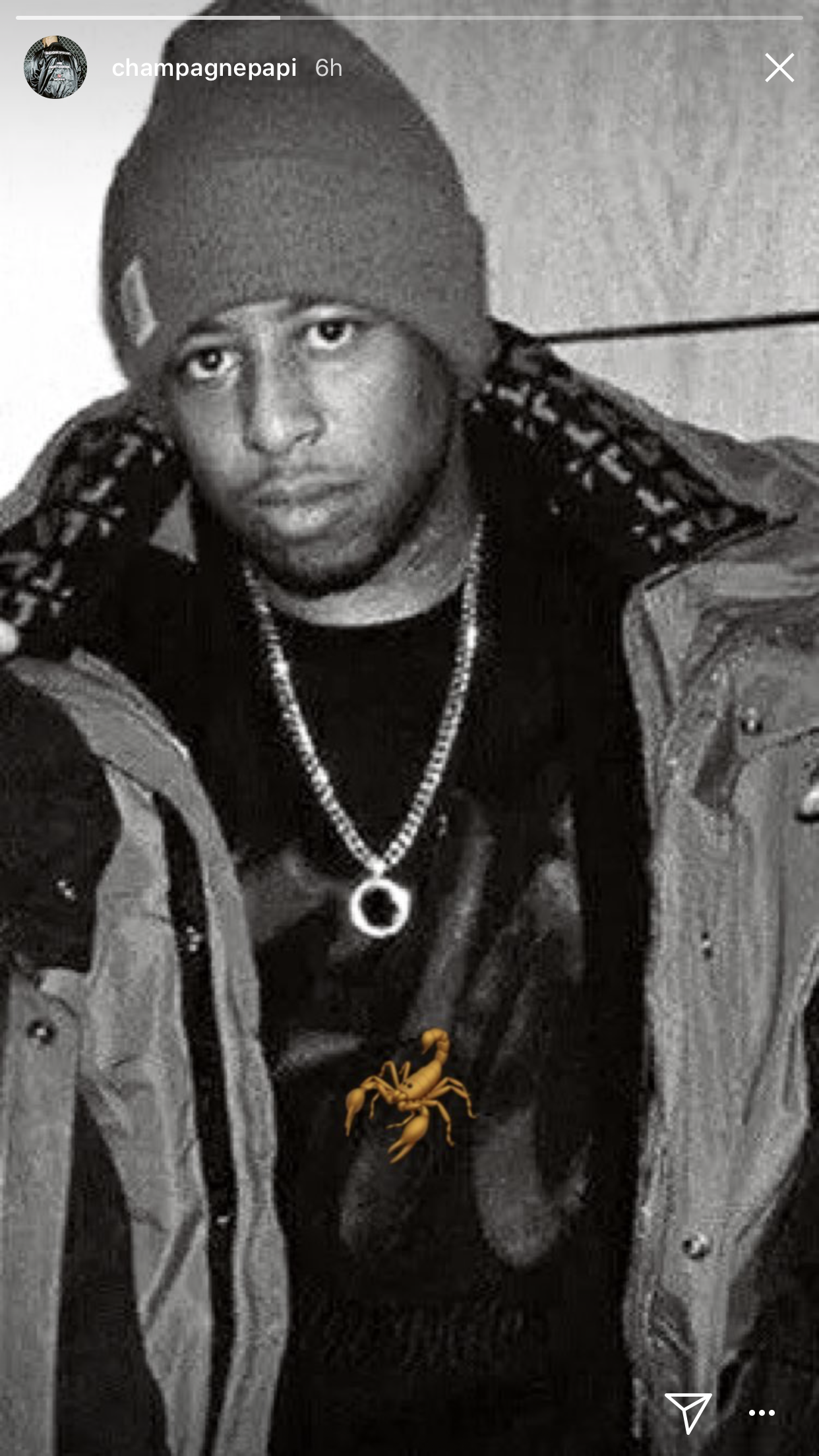 This would mark the first time the two made a song together, although it’s something that Drake had in mind since at least as far back as 2010.

“He said ‘Yo next album I want to do some stuff with you]’ and that’s pretty much the end it.” DJ Premier explained in a 2010 interview with VIBE. “He comes down and sits down next to us to watch the show and everybody in all the other suites next to us started bugging. He was just chilling there and not acting like he was too cool.”

Drizzy also revealed he’s in the process putting the final touches on what will be his fifth studio album. His 2017 full-length release More Life was billed as a playlist.