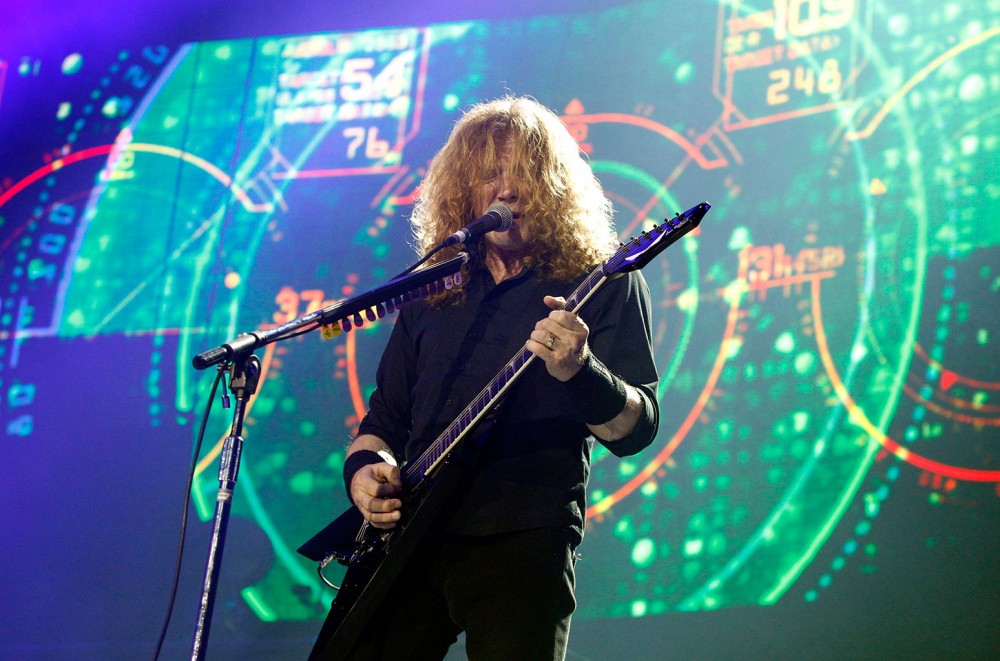 Electra Mustaine celebrated her 22nd birthday on Tuesday night at the Zenith in Paris by jamming with her dad on stage. Did we mention that he's Dave Mustaine of Megadeth and they collaborated on a duet of the band's "ÀTout Le Monde?" Well, they did and it was a very special night for the model/singer, who chronicled the special night in an Instagram and a series of tweets in which she called it the "Biggest & best bday party… ever!"

Megadeth recently launched a tour with Five Finger Death Punch, which marked Mustaine's return to the road after completing treatment for throat cancer last year, which resulted in the cancelation of a number of shows while the speed metal icon recovered.

Check out Electra's posts below.

…So honored to sing alongside my papa last night in Paris! Thank you for singing with us!! —He is a true hero to us all! —— (–: screamforme_ig) pic.twitter.com/fqPK5jftbT

He gets more handsome every day… ☺️ #Taken —#DistanceMakesTheHeartGrowFonder pic.twitter.com/1IQGgUh7u5

Such a great bday w some of the greatest friends… family… and wine!! Thank you to all who helped me celebrate, i love you v much! ⚡️–xx pic.twitter.com/ftelkPs2aj

Didn’t realize there were 6,000 of you out there… jeez! Lol pic.twitter.com/Vrt3su1AzT

—-@MegadEth… with an E– pic.twitter.com/XnGkQeLc3Q

And a fan video of the performance.