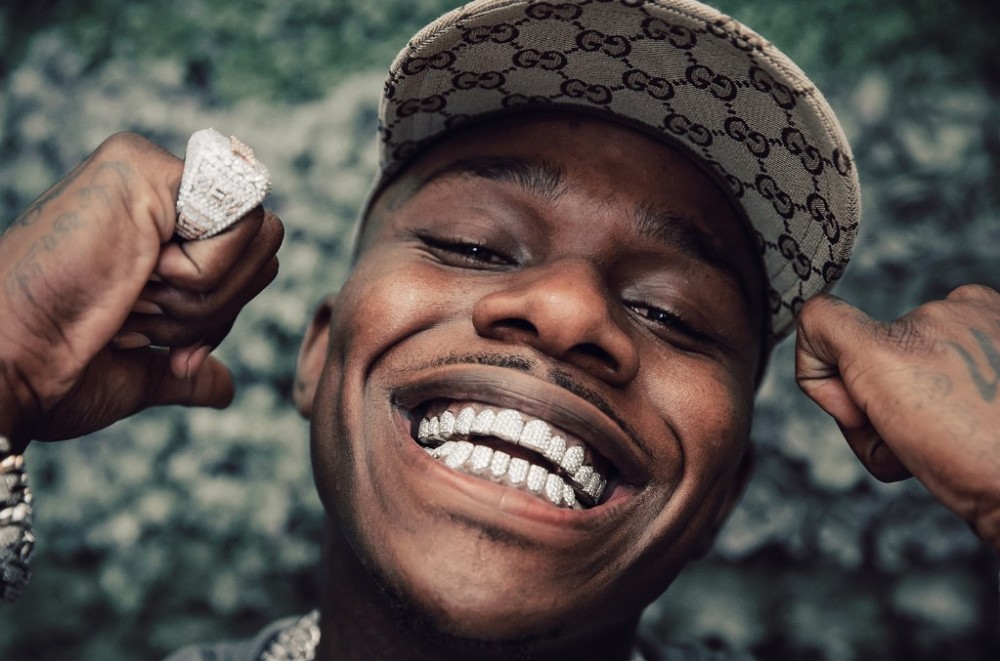 DaBaby celebrated July 4 with a show at the Cosmopolitan Premier Lounge in Decatur, Ga., on Saturday. And like the president’s speech and fireworks display at Mount Rushmore, it appears many attendees were not practicing social distancing or wearing masks.

According to videos shared by DJ Kutt Throat, the rapper kicked off his indoor set while distanced from his fans. However, few fans were wearing masks, and they were all crowded together around the performance area to watch DaBaby.

The videos show a barrier separating him from fans, but the “Rockstar” rapper is seen walking right up to barrier as he performs. One shot also shows a woman coming past the barrier and walking up to DaBaby, seemingly to get a selfie. Another shows rapper Stunna 4 Vegas joining DaBaby later in the performance, with Stunna also walking up to the barrier and getting close to attendees.

Ahead of the show, event coordinator DJ Dre told TMZ that the venue would be at only 40 percent capacity, and that the venue would enforce a rule stating that attendees must be wearing masks at all times. Georgia currently does not have a state mask mandate in place, though people are “strongly encouraged to wear face coverings” when not at home. However, Savannah’s mayor was the first in the state to mandate masks on July 1.

Billboard has reached out to DaBaby and Stunna 4 Vegas’ reps, DJ Dre and the venue for comment.

Country musicians Chase Rice and Chris Janson both faced backlash in late June after playing live shows where fans were not social distancing or wearing masks. Rice later said in a video statement on Instagram that fans’ safety “is a huge priority,” and announced that his show for the following Friday would be at a drive-in to encourage social distancing.