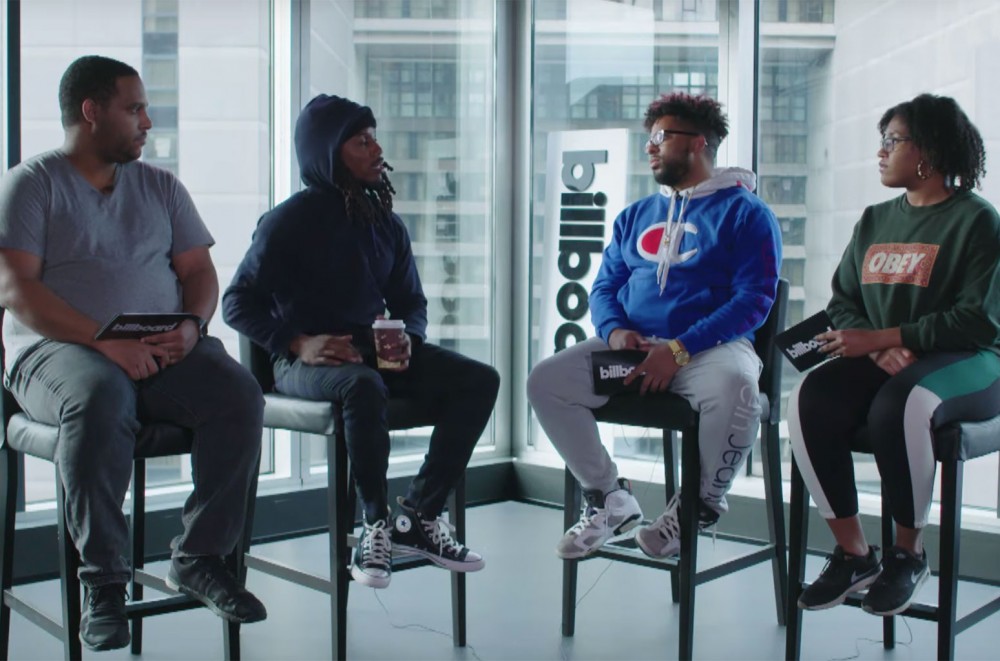 Billboard is back with another episode of our On the Block series. Co-hosts Carl Lamarre and Bianca Gracie and charts expert Trevor Anderson welcomed emerging rapper D Smoke to the set Tuesday (Jan. 28). Being an Inglewood, Calif., native, Smoke was deeply hurt by the death of Kobe Bryant on Sunday. He also touched on competing with his brother SiR, winning the debut season of Rhythm + Flow and more.

While reflecting on the devastating loss of the Lakers legend, he remembered a time back in 1999 that he and a friend snuck into The Forum to watch Kobe and the Lakers play during a playoff series loss to the San Antonio Spurs. "We grew up with him and the news just shocked everybody," the 34-year-old continued. "For a second, I didn't want to look at my phone. I wanted to stop and just cancel stuff because somebody of that caliber deserves to be honored. Kobe is a legend and everything I think to say falls short."

With that same Mamba mentality that Kobe employed, Smoke was in natural competition with his younger brother SiR. "By nature of being in the same environment, you feel the challenge. We are competitive people," D Smoke said. "We're also confident in our creative abilities. If he plays me something, I can celebrate that. SiR challenges me to dig deep."

The "Fly" rapper credits his range of unique experiences growing up in Inglewood that help him make classic West Coast music at a higher level. "My experience makes me unique," he explained. "My experience in some sense is contradictory. You got family members that are gangbangers, you got ministers, a classical piano upbringing, and public school and private schools. I got exposed to so much so early, I can incorporate all of that in my music."

Smoke isn't feeling the pressure of being the Netflix competition show's first winner either, but as far as what was the aspect that made him jump out of his comfort zone, D credits the sample round since that's not something he normally incorporates into his music. "I play instruments so I don't tend to sample a lot. When I do, it's meaningful and it's intentional," he said. "We stepped out on fate and did something that was heavy content and real personal."

Look out for D Smoke's debut album later this year. He recently debuted the dangerous "No Commas" visual to his latest single with Billboard just last week (Jan. 24).

For now, watch the entire episode above.