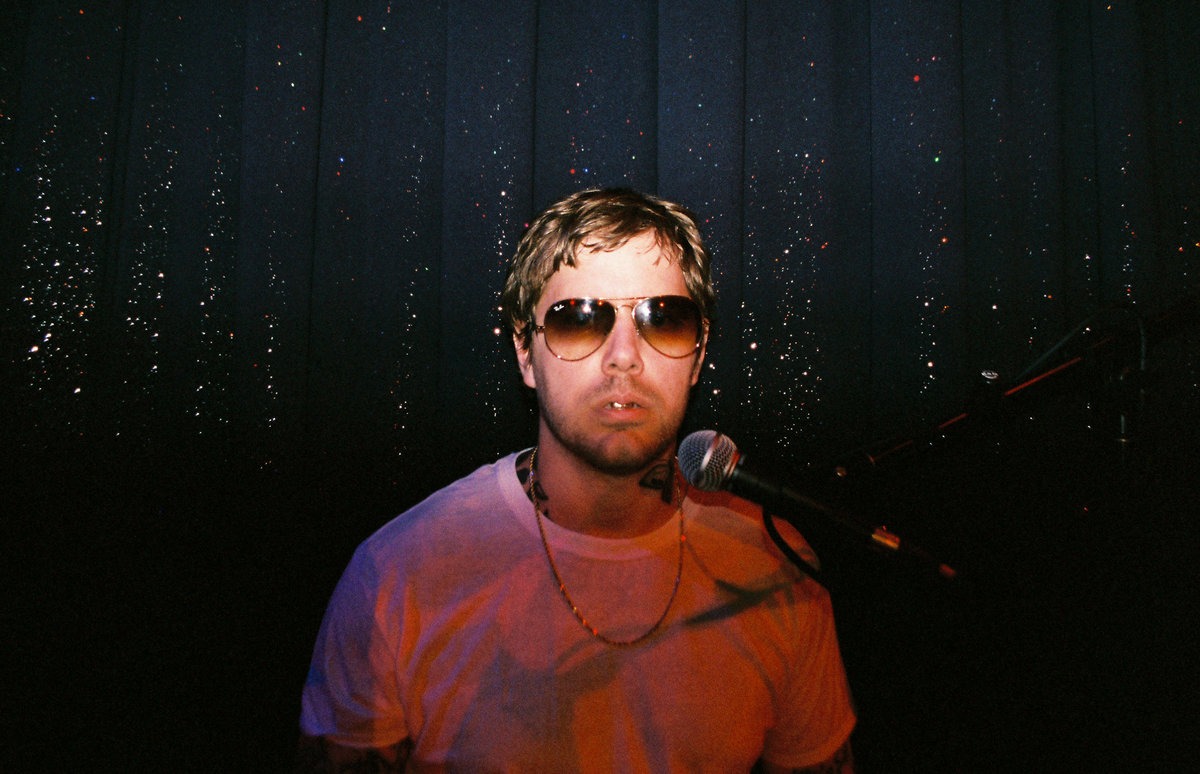 Justice Tripp is notorious for leading the massively influential Baltimore hardcore band Trapped Under Ice. For the post decade or so, he’s also been the driving force behind Angel Du$t, a band that’s continued to change and evolve over the years. More recently, Tripp introduced a new solo project called Cold Mega, and he released his self-titled Cold Mega debut album earlier this year. Tripp has already followed that album with a new song.

Under the Cold Mega name, Justice Tripp has been exploring a kind of idiosyncratic bedroom-pop sound that’s miles removed from the hardcore that he once made. (It’s not that different, however, from recent Angel Du$t stuff, which is way more in the trippy power-pop zone.) “Swingin’ The Dog” is a strummy, downbeat acoustic song. Tripp has thrown some heavy reverb on his voice and programmed his own drum machines, and his lyrics are a bit meta: “Singing along while he’s shooting his guns/ To the sound of the song about swinging the dog.” Near the end, Tripp returns to his old Trapped Under Ice bark for a couple of lines. The track sounds like absolutely nothing else, and you can hear it below.

“Swingin’ The Dog” is out now, and you can get it at Bandcamp.