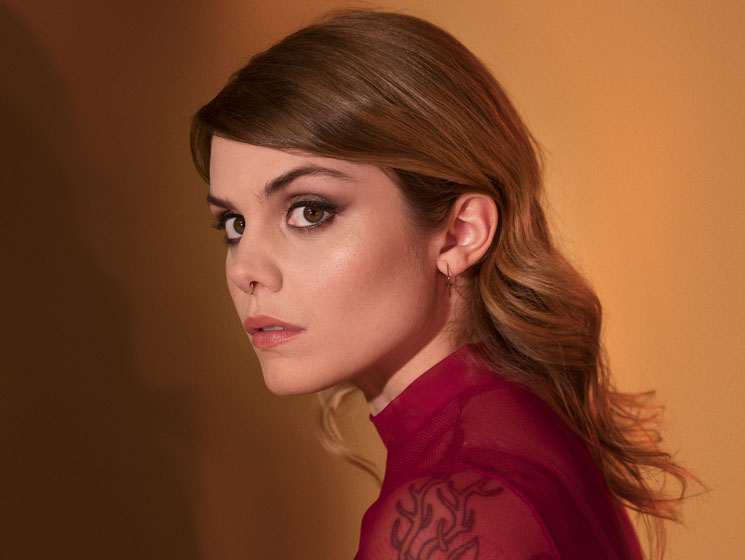 Béatrice Martin has just returned to Montreal from France, where the artist known as Cœur de pirate has been recording her fourth album. Despite nagging jet lag, she is content — considering the year she’s had, a notable achievement.

What happened? Everything started crumbling around her. After Martin released her last effort, 2015’s Roses, she toured relentlessly for a year-and-a-half, performing about 250 shows, hopping across continents, and pushing herself to a breaking point. She was completely drained, physically and psychologically. Already badly asthmatic, she had constant pneumonia. The media grew too invasive. She lost her contract with Interscope. And, all the while, she’s raising her baby girl.

“I didn’t want to do music anymore,” Martin admits to Exclaim! “I was like, ‘That’s it. I’m done. I gave, I came. I’m tired, I was not made for this.’ And I was really sad, because I really like writing music and I like composing and I love being there for the people that listen to me. But the rest was just too much. The fact that I’m releasing music today is really…” Martin pauses. “It’s surprising, even to me. But I’m happy I’m doing it.”

In reaction to everything — a combination grief from the various losses and too much time on her hands — Martin began drinking heavily. “I did compensate for the big void in my life from touring,” she contemplates. “And then I noticed I couldn’t write music anymore. And once I realized that I couldn’t write anymore, I was like, ‘Okay, I need to do something about this.’ I quit drinking for a little bit and, once I did, all the emotions I was repressing for so long came rushing back and I was like, ‘Holy. I gotta write music. That’s my only way to cope with this.’ I did see a shrink, but music really helps put things in little compartments for me, so I was able to put in words in music what was happening to me and eventually turn the page.”

Martin’s yet-untitled new album is due this spring. She recorded in Paris (the first time she’s done so, despite splitting time between the city and Montreal for the last decade) with producer Tristan Salvati in his apartment’s basement studio. And while events in Martin’s life provided plenty to write about, the French capital also leant itself. Martin read a lot  René Barjavel, the French science-fiction novelist. Her physical surroundings, too, fostered creative nourishment.

“I’ve been there for the past ten years, so now I try to see different aspects Paris,” she says. “There’s a lot art deco architecture, which is beautiful, and that’s definitely inspiring. It’s funny because you’re so cramped up in the city, but there’s all these huge places and parks. It’s just this contrast, it’s interesting.”

These particular sources surface visually in the music video for “Prémonition,” the new album’s first single. The clip’s apocalyptic and brutal architectural imagery juxtapose beautifully with the catchy, airy, electronic song, which explores the cycle toxic relationships. When writing it, Martin thought about how fear abandonment and fear attachment seemingly go hand-in-hand.

“I remember going to therapy and asking the therapist, ‘Why do I always put myself in these situations?’ and she would bring it back to my parents. It can’t just be about my mom or my dad, because my sister turned out just fine. I was bullied as a kid and, therefore, whenever I would try to find a new friend or fall in love, I would always attach myself to the same pattern that I lived through as a kid. Basically being rejected, being treated like shit, and sometimes in very subtle ways. There’s something comforting in something that you know that you know from the past. So, in relationships, it’s always the same. And in the song, it’s about two people, it’s about them together, and, I mean, it’s the story everyone. Everyone’s been through this.”

Martin says that “Prémonition” is probably the biggest departure, sonically, on the record. “You’ve got the little hook that comes back and it’s comforting in the sense that there’s a pattern, so it reflects what I’m saying in the song,” she explains. “If I’m going to use images and metaphors and shit, I’m going to go with that. But it’s the most modern one, for sure. The rest is very reminiscent what I used to do. I mean, it’s very me.”

As such, the album is a homecoming sorts — to Martin finding herself again, both artistically and personally. And, serendipitously, it also marks ten years her career: a milestone that, as she rediscovers her intention, has her thankful for her success as a predominantly French-speaking singer in Canada and, perhaps most all, for her fans. “It’s just the fact that people have still been there and are still present and they still relate to everything I say in my music. That’s so, so great. I feel very grateful, every time. That’s why I keep doing this.”

Check out the video for new single “Prémonition” below.