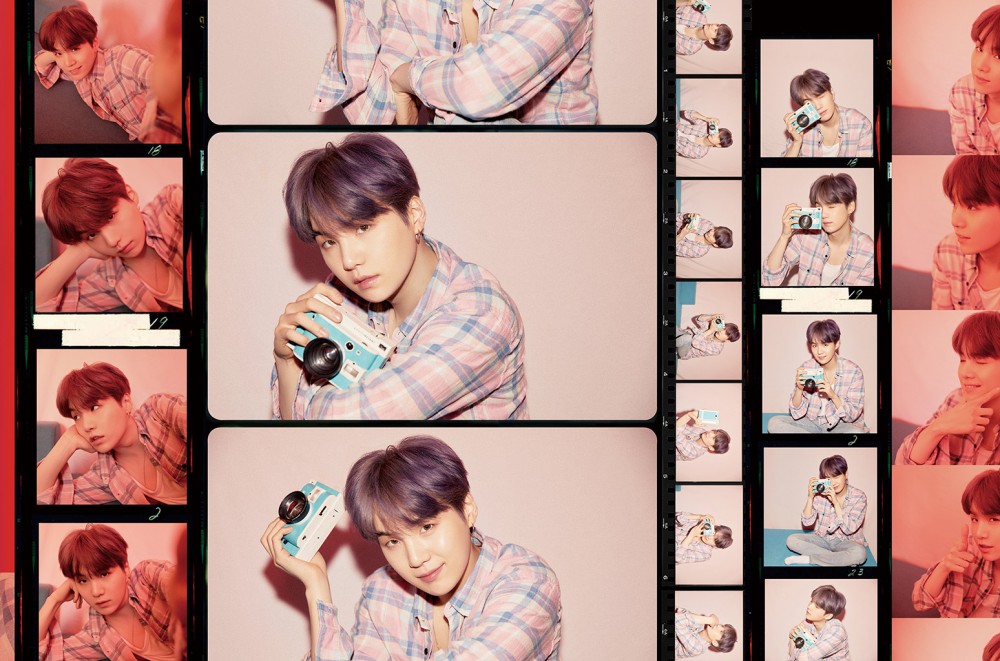 BTS rapper Suga took to social media on Thursday (Jan. 30) to reveal that he'd recently been spending some time in the studio with none other than Logic.

"A good time!" the K-pop idol captioned a photo sitting side by side with the rapper in front of a giant soundboard. While Suga donned a black newsboy cap and oversized white longsleeve, Logic wore a racing jersey with the number 43 and a baseball hat emblazoned with the logo for the '90s cartoon Bobby's World.

While it's unclear what, exactly, the two artists were cooking up in the studio, Suga is currently prepping the pending release of Map of the Soul: 7 along with his six bandmates and Logic most recently dropped the collaborative single "OCD" with alt-R&B crooner Dwn2earth.

Check out Suga and Logic's studio hang below.