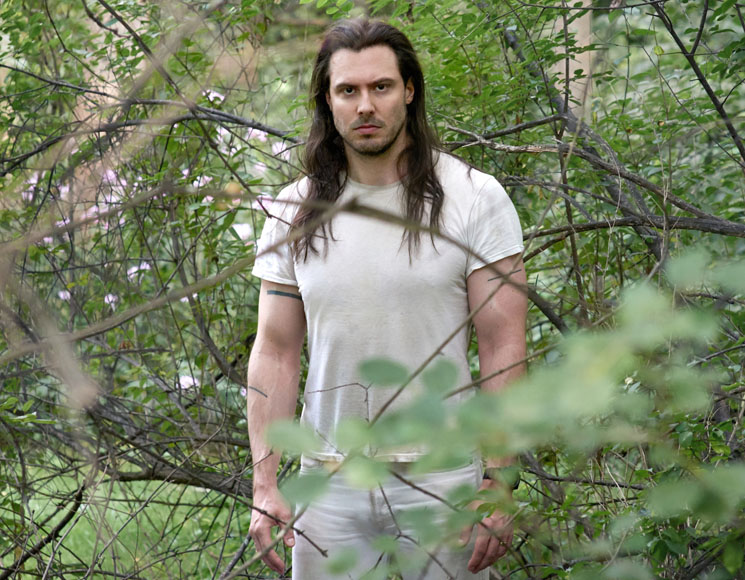 Partway through one many eloquent statements about partying, positivity and music, Andrew W.K. interrupts himself. And from there, the good time guru gives us a glimpse his dark side.

“I’m just rambling, and giving these awful long-winded answers,” he laments about his response to a question during a recent interview with Exclaim!, about how fans have reacted to his new album, You’re Not Alone. He breathes deep, and tries again: “The way people have been describing how the music makes them feel is the way that I was hoping I would feel about it. Oh, I don’t know how to explain it— is this a written interview? Please do not hesitate to edit my answers, and make them as coherent and readable as possible.” He’s too hard on himself, clearly.

Such self-doubt and negativity may come as a surprise to those who know the alt-metal star’s resolutely uplifting anthems. So heartening and widely loved have tracks like “Party Hard,” “It’s Time to Party,” and “Fun Night” from his 2001 classic, I Get Wet, been that suicide prevention group the American Association Of Suicidology recently named W.K. “Person the Year” for his “life-affirming music and work.”

It’s an honour that he calls “beautifully bewildering.” However, he’s also quick to credit listeners who are openhearted enough to seek those qualities out. What’s more: W.K. counts himself among such yearning music buffs, saying: “I’m not making this music because I’m a positive person. I’m someone who’s been negative, desperately looking for something to do with my life that allows me to experience these positive emotions that I have a deficit .”

Did those depressive tendencies bog down W.K.’s artistry until he finally finished You’re Not Alone, his first release since 2011’s The “Party All Goddamn Night” EP? Short answer: no. Or, as he puts it: “There was no more or less inner turmoil than any other time. That’s unfortunately been pretty consistent.” Instead, he points to “less dramatic circumstances like scheduling, contractual issues, and the swirling chaotic vortex the hard partying phenomenon.”

Fans, course, already know such references to hard partying aren’t rooted in boozing and debauchery. Instead, W.K.’s thoughts in that regard somehow make him sound like a Buddhist and a fratboy in the same breath.

“The whole party mindset is about trying to celebrate the fact that you exist. Which for me has not always been easy to do,” he explains. It’s about striving for positivity, embracing spontaneity and deferring to destiny, even during tough times like the years-long lull before he made and at long last released You’re Not Alone.

“I wish there was a lot more sense planning and coherence — it would be a lot less confusing for me to know what the hell is going on in my own life. But for whatever reason I don’t get to have that, and also get to party very hard.” Indeed, for Andrew W.K., that choice is clear.

That might make little sense to those us outside his hard partying contingent, but W.K.’s impassioned striving during this interview serves as clarifying example. As he struggled to phrase his answers to my questions perfectly, he confessed: “The more frustrated I get at my ability to express what I’m trying to express, the worse that I get at expressing it. And it becomes a vicious cycle. I don’t know why it’s like this, but I don’t know what else to do.”

Yet in the end, Andrew W.K. is okay with all that, because “in a way I think this all counts as partying too. Or at least I have to believe that, in order to keep on partying.”

You’re Not Alone is out now on Sony.