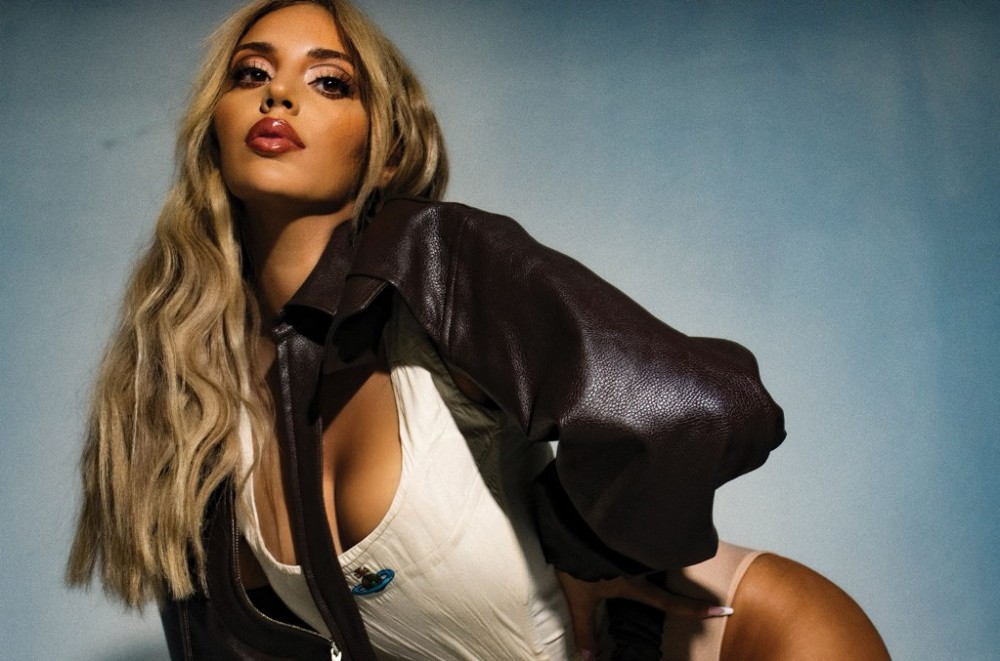 As the first in her Russian-Ukrainian family to grow up in America, Alina Baraz was raised in Cleveland on classical music, but soon fell for R&B. She was drawn to vocalists like Amy Winehouse, Adele and Corinne Bailey Rae, all of whom helped her realize, “I don’t have to belt my notes to be considered successful.”

At 16, Baraz snuck her way into a gospel choir at Cleveland State University, and by 19 told her mother that in order to take her passion to the next level, she had to move to Los Angeles. She recalls: “My friend sat me down and said, ‘If you don’t do this right now, you’re never going to make it.’”

Once in L.A., she started browsing SoundCloud for inspiration and in 2013 stumbled upon Danish electronic producer Galimatias. She later sampled his instrumentals for her second track, “Drift,” which she uploaded to the platform. Galimatias caught wind of it, reached out and the pair started exchanging files; their virtual collaboration resulted in Urban Flora, Baraz’s 2015 debut EP. “Our connection with music was just so telepathic,” she says. Soon after, Mom + Pop founder Michael Goldstone discovered Baraz online and signed her that October. In 2018, she released her second EP, Color of You, which peaked at No. 59 on the Billboard 200.

Now, with the release of her anticipated debut album It Was Divine — which chronicles the 26 year old’s journey to self-love and features 6LACK, Nas, Smino and longtime collaborator Khalid — she’s had to shift rollout plans due to the coronavirus. “It’s definitely uncharted territory,” she says. “We’ve never experienced this before, but music is the most vulnerable thing I could possibly do right now.” She’s considering hosting online playbacks with fans on Zoom but hopes to tour and record more music as soon as normal life resumes. “Usually at the end of the [album] process, I’m so drained,” she says, “but I feel so energized after this album that I want to work right away.”

Baraz spoke more about how she got into music and what she’s learned since releasing her first project.

Take me back to when you were a young kid growing up in Cleveland.

I grew up with the mentality of I didn’t know how to sing. It was a really weird mindset. I started sneaking into choirs when I was in high school. My school was super Catholic and I just hated the songs and couldn’t get down with what they wanted me to sing. So I found a soul choir at Cleveland State University. I eventually got kicked out because I wasn’t in college.

When you moved to Los Angeles, how did your mother take the news?

I’ll forever respect her [for allowing me to move] because she worked her ass off after her divorce and scrambled money to get her own plan. I could not have gotten where I am without her. She quit her job of 11 years and sold her condo [to help me]. I wouldn’t be able to do this without her being so open to it.

You came up in that early ‘10s SoundCloud era, how did that benefit you?

It was perfect timing. SoundCloud is definitely my roots. I remember just wondering, “Where the fuck should I upload this music?” I just did not know about this industry at all, and SoundCloud just appeared. I’ll always remember that time period because I found a lot of my favorite producers on it.

Urbana Flora came about from exactly that — connecting with producer Galimatias on the platform. Now, It Was Divine is finally coming five years later. Why the long wait?

In my perspective, I still feel like five years, compared to our life, is such a short amount of time. I know it feels like forever, but at the same time, five years is nothing to me. I think I needed to learn what I was doing. When I was making the Color of You EP, I originally started it as the debut album. But as time went on, I knew it wasn’t it. I try to forget the language of “single,” “debut,” all those words… otherwise, I just get caught up in the wrong things. I just wanted to focus on music.

The last time we spoke, you were overcoming some personal hurdles, but on It Was Divine, you are at your most confident.

I think it’s just growth over time as a person. I still had all those hurdles and challenges in a relationship, but when you listen to the album you can find that point where I’m just like, “I have to make a home out of myself.” I feel like I’ve found so many homes in people and I would just get lost so many times that I’ve now found my place. I’ve learned how to walk away from something and let go, how to love myself. I think the album is the journey of finding myself.

One of the standout tracks is “Off The Grid” with Khalid. This is your third collaboration with him, why do you two work so well together?

I love him so much. It was very easy to make this one, I literally just texted him, “Come through” and he came by [the studio] the next day after I sent him the song. I love every single process that I’ve had with him. The first collaboration, we weren’t in the room together. The second, I got to know him. And the third one is just effortless because he’s a close friend. It’s always fun with him.

My personal favorite song is “Endlessly,” it’s a beautiful demonstration of your vocal growth.

That’s also one of my favorite songs. It’s the most mature perspective I’ve had, in terms of loving someone. It was so selfless and wasn’t possessive — it was the truest form of love that I’ve reached. I wanted so badly to capture that and I feel like I did as much as I could with “Endlessly.” I think possessiveness is tied into a lot of people’s idea of love, which is the furthest thing that it should be.

Whenever I listen to your music, it puts me in a space where I’m tapping into emotions that I may have been suppressing. What emotions came up for you while finishing this album?

I feel so much stronger now. Just thinking back to when I did my first project Urban Flora, I was so scared to talk about any other side of a relationship besides happiness. I just felt it was such a burden to talk about my sadness or struggles. Just off that thought alone, I feel like there’s been so much growth. I just wasn’t afraid to be sad. I’m proud of myself for taking that emotion and letting it out.

A version of this article originally appeared in the April 25, 2020 issue of Billboard.