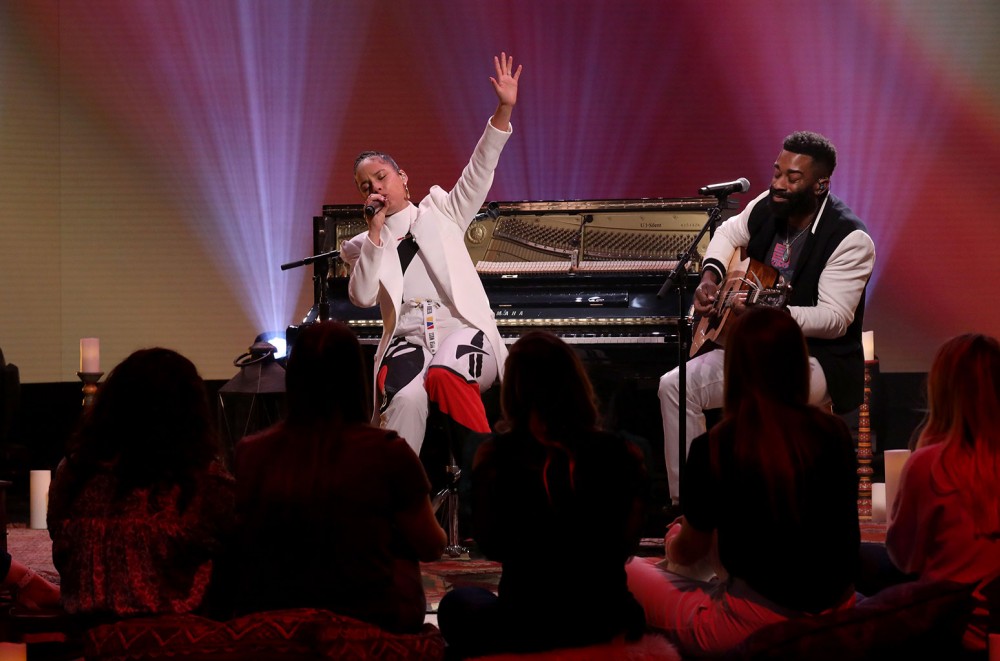 Alicia Keys stopped by The Ellen DeGeneres Show on Wednesday (Jan. 29) to talk about how her Grammys tribute to Kobe Bryant came together at the last minute.

"We were all freaking out because, obviously, hearing the news about Kobe and his daughter was so tragic, and none of us can still believe it right now to this day," Keys told host Ellen DeGeneres. "It definitely was a crazy feeling because literally minutes before, we were going to do something else and we had to really figure out, 'How could we properly honor him in his house?'…It just so happened Boyz II Men was there, already, that night and we wanted to do something special, create something that felt like it was the right thing and we pulled it together. And it was just beautiful, it was like that magic that happens when it's necessary."

During the ceremony, the star and Boyz II Men performed an a capella rendition of the 1975 Motown hit "It's So Hard to Say Goodbye to Yesterday" in honor of the late NBA legend.

While on Ellen, the singer-songwriter also performed a stripped-down version of her latest single "Underdog," which will be featured on her upcoming eighth album, Alicia. The self-titled LP is slated for release on March 20 RCA Records.

Watch Keys' interview and performance on Ellen below.