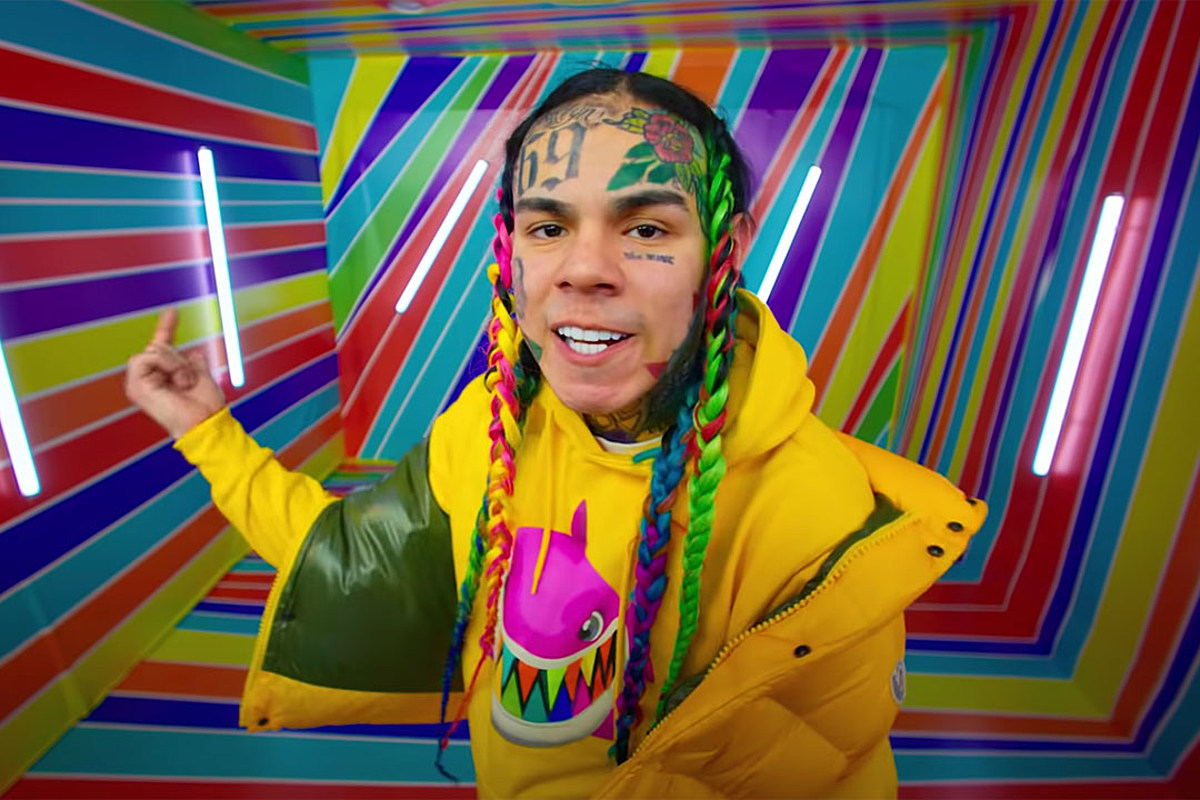 Less than a week after formally announcing his album would be dropping before summer ends, 6ix9ine delivers his 13-track LP featuring Nick Minaj, Akon, Smilez, Lil AK and more. Tekashi's previously released singles, "Trollz," "Punani" and "Gooba," are a part of the effort's tracklist along with the part two to Akon's "Locked Up" and on another song called "Leah."

TattleTales is the second studio album released by the Brooklyn native. Its predecessor, Dummy Boy, was released on Nov. 27, 2018—eight days after he was arrested for his involvement with the Nine Trey Gangster Bloods gang. On April 2, 6ix9ine was allowed to serve the last four months of his prison sentence for federal racketeering and firearms charges on home confinement. He officially became a free man months later on Aug. 2. The record's given name taps into the snitching name 6ix9ine embraces proudly after testifying against members of the Nine Trey Gangsta Bloods gang last year.

The album is coming off the heels of a one-sided beef with Lil Durk and an ongoing battle with Lil Reese, who both took offense to the Brooklyn native wandering through Chicago's O Block late last month. O Block is where Durk's cousin Nuski was killed in 2014. This led to Durkio and Lil Tjay coming forward with claims that 6ix9ine's camp offered the two rhymer's money to beef with the "Fefe" rapper online. 6ix9ine actively denies these claims.