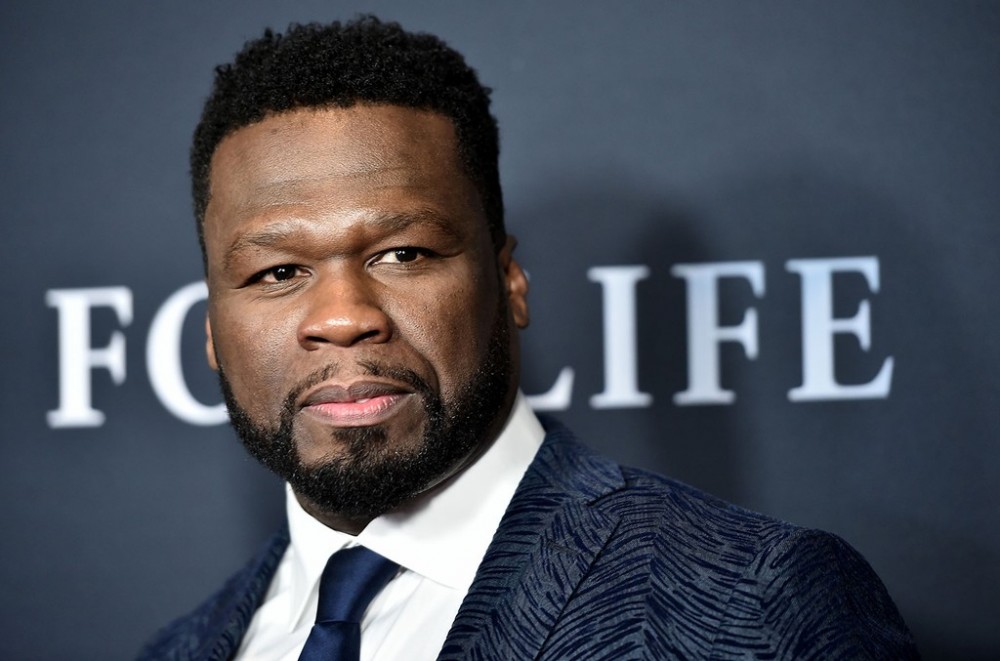 50 Cent has unwillingly become the muse for an Australian street artist who has reimagined the hip-hop mogul in outdoor murals as Taylor Swift, Donald Trump, Post Malone and others.

In recent weeks, murals of 50 Cent’s morphed face have been popping up on random buildings in Australia. The artwork is attributed to anonymous Melbourne-based graffitist Lushsux, who has drawn comparisons to Banksy.

It’s unclear whether 50 Cent is in on the joke, but the rapper and actor’s reactions to the murals have been priceless. On Saturday (May 3), Fif took to Instagram to share his thoughts on a recent Lushsux piece that depicts him as Vice President Mike Pence.

“This f—ing guy won’t stop, SMH I guess i’m not wearing a mask because i’m tested frequently,” 50 Cent captioned his post, hashtagging his cognac brand in the process.

Earlier in the week, 50 Cent again took to social media to comment on Lushsux’s comical portrayal of him as Swift.

“Swifty cent i’d like to hit this MF right in the back of his head while he doing this shit,” the rapper posted on Instagram, again hashtagging his cognac brand.

It seems like Lushsux’s 50 Cent mural rampage won’t be stopping anytime soon. Last week, the artist wrote on Instagram that he “might turn 50 week into 50 month and turn this war on 50 into some iraq type quagmire.”

50 Cent isn’t the only celebrity in Lushsux’s street mural portfolio. The anonymous artist has also created mash-ups of Eminem and Jim Carey, Steve Buscemi and Billie Eilish, Kim Kardashian and Kim Jong-un, and many more.

See 50 Cent’s reaction to his mash-up murals below.

swifty cent i’d like to hit this MF right in the back of his head while he doing this shit. smash or pass #bransoncognac #lecheminduroi

who the fuck keep painting these murals of me all over the place. this is fucked up man. That’s 3 now 69, Trump, & post malone. #bransoncognac #lecheminduroi

Look at this shit man, The fuck is wrong with these people. LOL #abcforlife #Starz #BMF