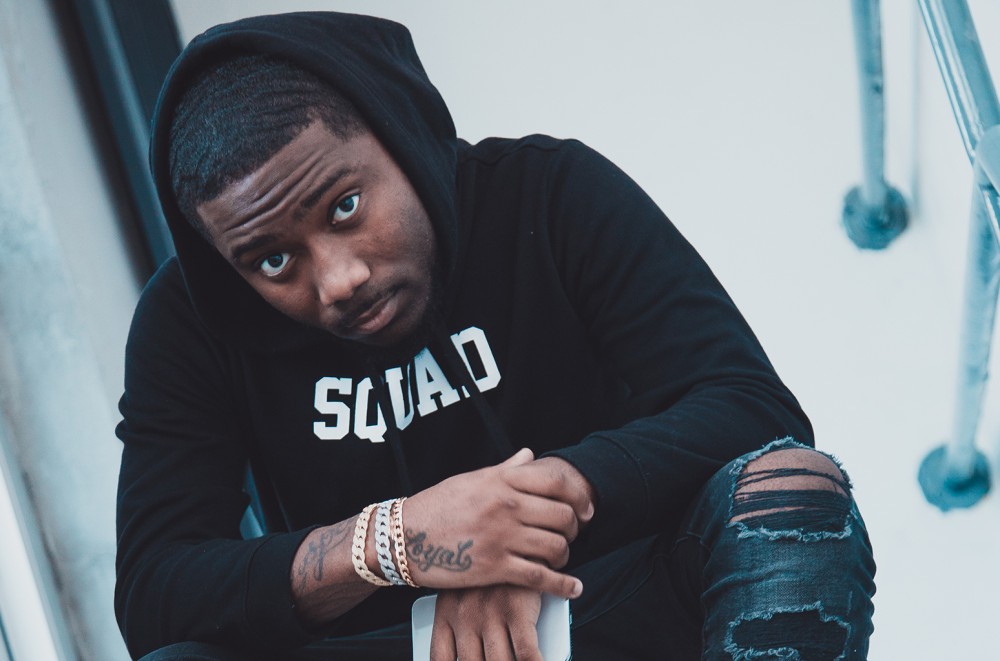 “Producers will know what I’m talking about.”

The atmosphere was hot when the producer Samuel Gloade, known by his moniker 30 Roc, concocted the beat for the eventual Roddy Ricch hit “The Box." Literally.

“The studio was like 80 degrees because the A/C went out,” he explains, speaking to Billboard from his Atlanta-area studio. “It was hot as hell and me and (collaborator) Datboisqueeze were ready to go home, but we said we’ll work out two more beats.”

Despite the late hour (he notes he doesn’t peak in the studio until around 4 o’clock in the morning), it turned out to be a life-changing push as those two tracks became “The Box” and “Roll Dice,” the latter an album cut on Ricch’s Please Excuse Me for Being Antisocial. “Whether it’s too hot, too cold, too smokey, there's always a different vibe going on in the studio. But you know when the vibe [to make something special] is there.”

That was in November 2019. By the dawn of the fresh decade, “The Box” became a No. 1 hit, giving both the artist and producer their first such honor and minting Ricch a bona fide breakout star in the process. “Yep, we did it,” he says nonchalantly of scoring the biggest smash of his career, which also landed him his first No. 1 slot on Billboard’s Hot 100 Producer’s Chart. It was a win made even sweeter considering Ricch and Roc’s unlikely hit beat out Justin Bieber’s highly anticipated comeback single “Yummy” for the top spot. (“The pop star even congratulated Ricch on Twitter, writing “You had to go and make a banger smh!”)

“We had a lot of people who doubted on us and s–tted on us, so for it to actually happen is definitely a blessing,” says Roc looking back at his past couple of weeks. “It’s another hit added to my hit book, and there’s a lot of hits in there.”

Working as part of Mike WiLL Made-It’s Ear Drummers’ production team, it’s a proverbial hit book that includes smash singles and partnerships with some of the biggest hip-hop stars of recent years, whether cutting tracks for the likes of Cardi B (“Bartier Cardi”), T-Wayne (“Nasty Freestyle,” which became Roc’s first Top 10 hit in 2015) or Lil Yachty, with Roc producing six of the seventeen songs on his 2018 sophomore album Lil Boat 2.

“Working with (this range of artists) is the difference between being a composer and being a beatmaker,” he explains of his collaborative process. “Right now we’re working on 20 million different things, so your mind just has to switch real fast. You have to know the artist and study them, and you also have to study the music game and what’s out right now. No matter what beat I make, I would never try to sound like anybody else, but we still have to try to make our productions fit into the radio so the DJs could spin it (at places like) strip clubs.” He mentions Travis Scott, for example. (Roc earned a Grammy nod for producing Scott’s Astroworld track “Stargazing,” which hit the Top 10 in 2018.) “When you work with someone like Travis, you have to make sure it can fit in everywhere."

“We had a lot of people who doubted on us and s–tted on us, so for it to actually happen is definitely a blessing,” says Roc looking back at his past couple of weeks. “It’s another hit added to my hit book, and there’s a lot of hits in there.”

When it comes to his latest collaborator, Roc explains that Ricch, true to his Antisocial album title, barely spoke the first time they met. “There wasn’t too much talking or anything going on aside from playing some beats,” he remembers. “He was definitely f–king with the beats. But he was only just finding himself musically then, so he couldn’t figure anything to do with them.” It wasn’t until their second connection, during a trip Roc went on to Los Angeles on a lark, that the two musically connected. “We ended up inside a session with Roddy and I played him a couple beats. It was definitely no f–king around, the vibe was definitely better that time.”

Unique is the best descriptor for the beat for the “The Box,” beginning with a triumphant introduction that amounts to an orchestral swell. It then flows into its signature high-pitched “ee-oo”’ sound, sonically similar to a vocal mimicking of perhaps some squeaky hinges in desperate need of some WD-40. “For me, its beat came through in 15 minutes,” he remembers. “I don’t know how long it took Roddy but I’m sure it didn’t take long. The special songs come together the easiest and that’s true all the way down from the producer to the rapper.”

If you were wondering, Roc maintains that though similar, that aforementioned introductory swell is decidedly not a sample of the first few seconds Ciara’s 2009 hit “Love Sex Magic.” “I hope you can put that in big print,” he explains. “It is not a sample. It’s really a VST [plug-in] using Omnisphere,” he says referring to the industry production software. “Producers will know what I’m talking about.”

Once the track was cut, it wasn’t until Ricch's album dropped in December did Roc realize that it had the ability to defy expectations. “[When we were listening to it] we skipped all of the other tracks to get to ‘Roll Dice’ because that’s the one we thought we liked better. But when we listened to ‘The Box’ again, we were like, ‘Nah, this s–t is actually hard. It’s some next level s–t with the production on it and what Roddy did on it.”

“The Box” sitting pretty at No. 1 for two weeks is sweet vindication for Roc, who can trace his early years to the Bronx, New York before moving to Atlanta, later exploring a career in production because he lost a college scholarship while a member of the marching band at Atlanta’s Morris Brown College. “Everybody in my family had their plans for me and how they wanted me to live my life,” he remembers. “It was like, my mom wanted me to go to school, my dad wanted me to school. But I went to college for one year and I just decided I didn't want to do any of this and I didn’t want to work for anybody.” It was a realization that crystallized after working at a Dairy Queen. “I told my dad I just want to make beats. I just really had to do what I had to do to make this work.”

With his latest success and possible impending hits on the way thanks to either recent or upcoming sessions with the likes of Khalid, Yo Gotti, Flip Dinero and A$AP Rocky, it’s a bet on himself that paid off. “I remember my dad used to tell me I was wasting gas money [going to sessions]” he remembers. “It wasn’t until I had my first movie placement in Creed [which featured the Eaarz track “Work Your Muscle”], then it turned into something totally different. My dad turned to me and was like, ‘Oh yeah, this ain’t a hobby no more. They’re definitely believing in it now.”